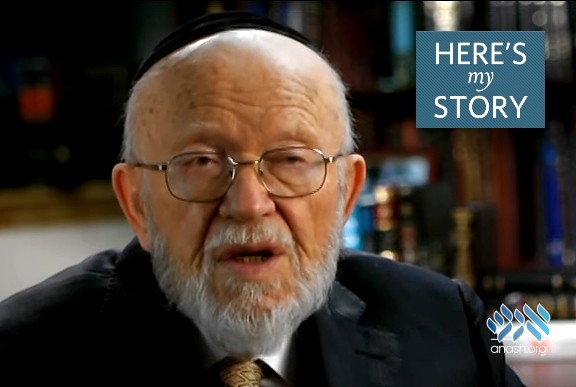 At a private audience with the Rebbe, the dean and faculty of Bais Yaakov in Boro Park, discussed the heart of education today, censorship, and why women should teach women.

Rabbi Osher Lemel Ehrenreich was the principal of the Bais Yaakov girls school in Boro Park for sixty-seven years. He was interviewed in his office in November of 2015.

In 1955, I became the principal of Bais Yaakov of Boro Park, a religious girls’ school, and in the sixty years since, I’ve had the exciting job of raising the daughters of Israel in the traditional Jewish way.

In those early years, I had a little office in our building on 45th Street, and people used to come in to schmooze. Once, Mr. Rubashkin, a Chabad chasid who had children in our school, came by, and in the course of our conversation he suggested, “Why don’t you come to see the Rebbe?”

I don’t count myself as a Lubavitcher, but, there was no doubt in my mind that he was a great man, and I was very much interested in meeting with him. So, we set a date, and organized a little committee to go to the Rebbe.

It was about one o’clock in the morning when the four or five of us — faculty and supporters of the school — entered the Rebbe’s office. The Rebbe welcomed us very graciously. He struck me as a real gentleman, a continental European of the old school. We presented a few issues of concern and he addressed each of them in turn.

When he started talking, I realized that, though I had heard him deliver addresses to the public before, this was the first time I had heard him speak in conversation and respond to questions. It was obvious that he was brilliant — brilliant, but with two feet on the ground — and well thought out. Whatever we asked him, he gave clear, concise, and definite answers without hesitating or searching for words. There was also a lot of wisdom there, and sincerity too. No doubt, it was one of the outstanding experiences of my lifetime.

“In our times,” we asked the Rebbe, “what should be at the heart of education?”

There was a lot of change going on in those days. The 1960s saw a cultural revolution in America that brought havoc onto the world. The whole value system changed, the music changed, everything was turned upside down, and all the rules — including standards of modesty — went out the window. The aim of society became all about meeting one’s desires, which stands counter to the values of Judaism.

But the Rebbe explained to us that the main emphasis should be love, not fear: At one time it was possible to educate the next generation with fear — by focusing more on the “don’ts” than the “dos,” or on being afraid of negative consequences — but today, you can only educate with love. We must relay the beauty of Judaism to the student and foster her appreciation of it.

He also highlighted several points of emphasis: We should speak with the girls about the greatness of G-d, of His creation, and the value of every person, since each of our souls is a piece of G-d. We should also discuss always being mindful of G-d’s presence, accepting the authority of Heaven, and being proud to be Jewish girls. They should be taught never to be ashamed of who they are or what they stand for.

At that time, most Jewish schools were still hiring people without a Jewish background to work in the secular studies departments. We thought that since they were licensed teachers, they’d be better. But the Rebbe told us that, even in our secular studies department, it was far better to have a teacher with a religious, Bais Yaakov background, than to have a teacher who does not represent our value system —even if the latter went through more training.

Another issue we had was that many of our Judaic teachers were not prepared to teach certain sensitive parts of the Torah, like the story of David and Batsheva, and others. Here the Rebbe was quite firm that if Torah was being learned with the right intentions and for the purposes of education then there was no need to skip anything. “All these stories have the sanctity of Torah, and can all be taught according to teachings of our Sages,” he said. “There is nothing to be ashamed of.”

He even recommended using a particular text for teaching these stories, Daas Sofrim al Tanach. It was written by Rabbi Chaim Dov Rabinowitz of Israel, who was a Lithuanian scholar, not a chasid, but the Rebbe was quite encouraging of his book.

Secular textbooks were another matter, as there are certain parts of science which seem to not be in accord with our traditions, like evolution and the age of the earth. What do we do with them?

Here too, the Rebbe was vehemently opposed to censoring these parts of the textbooks by crossing things out or tearing out pages. This might only stimulate the curiosity of the student to further research these challenges to traditional belief, which could lead their impressionable minds astray. Instead, we just tell the students that these are other views, and we do not hold of them.

Ideally, he thought that Jewish organizations should produce their own textbooks for secular studies, and subsequently, we managed to find science books that didn’t have these concerns. But more than that, the Rebbe argued that the conflict between science and Torah was not as great as it appeared. For example, I remember him mentioning that based on Einstein’s theories of relativity, the view of our Sages that the sun revolves around the earth can be sustained.

Another point the Rebbe brought up was that women should be teaching the girls. At that time, women weren’t as well versed in Torah subjects as men, so the feeling was that in some cases, you had to have a man teaching the girls in high school, although it wasn’t ideal.

But the Rebbe felt that the special kind of emotion and attitude that a woman has in relation to Judaism — her fear of Heaven and her enthusiasm for mitzvot — is something that should be transmitted, and can only be truly transmitted, from one woman to another. Women often possess a more intuitive sense of faith, and an attachment to Judaism that goes deeper than intellectual argument. And of course, a woman’s character is best brought out by another woman. (It’s very possible that the principal of the school should also be a woman, but I’m glad he didn’t mention that.)