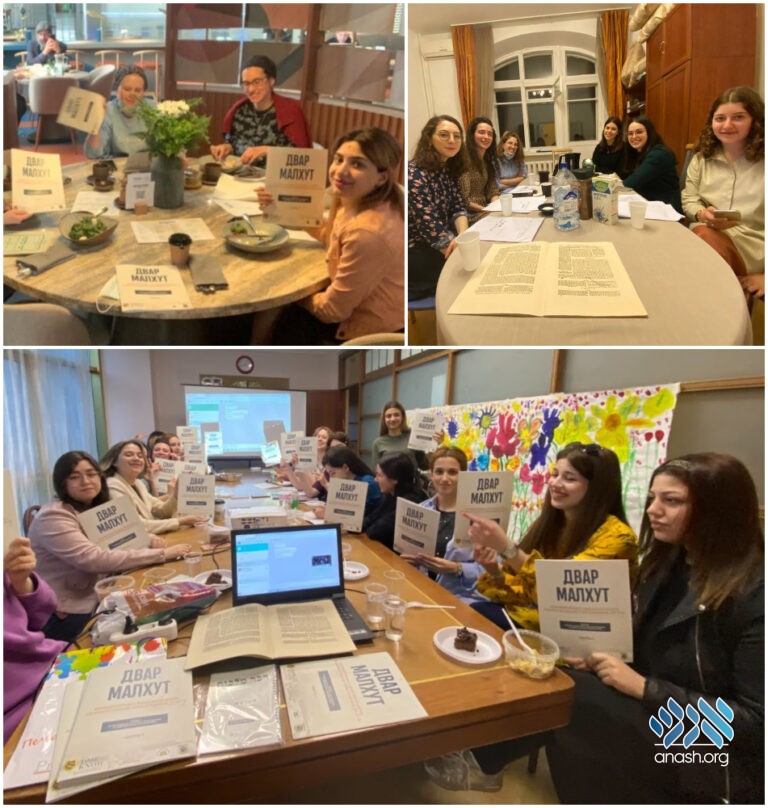 Following the launch of the ‘Tut Altz’ initiative, a group of women got together to open a women’s branch, proudly displaying the power of Jewish women.

The power of multiple women is on display. Often, when it comes to a positive endeavor or movement in which we involve ourselves, we tend to suffice with our inclusion, thinking that it is all we can do. We are likely to be afraid of involving others out of fear that we might be rejected or that people won’t value the cause as strongly as we do.

However, this was not the reaction of multiple Shluchos as they propelled the recent women’s Tut Altz campaign.

This year marks 30 years since the  Rebbe passionately called on every individual to “Tut altz vos ir kent”; “Do everything that you could” to hasten the coming of Moshiach. The Rebbe publicly declared that the undertaking to bring Moshiach could not be solely reliant on him; instead, every person had to do their part. In addition, the Rebbe personally published and gave out a pamphlet to thousands of people that contained four in-depth analyses of the laws of Moshiach as they are stated in the Rambam’s Yad Hachazakah. This publication was coined the “Dvar Malchus.”

In many people’s eyes, the enthusiasm and charge revolving around these Sichos and the Rebbe’s call to finally bring Moshiach have somewhat waned in the past thirty years. Under the auspices of Merkos Suite 302, the Moshiach Office decided that it was time to inspire a change.

In March 2021, Nissan 5781, the Moshiach Office, launched a program to facilitate people from all backgrounds and demographics to learn these four Sichos. With the help of other organizations, they created four different tracks, each containing an abundance of written resources and classes in multiple languages, to enable anyone and everyone to join this movement. So far, almost thirteen thousand people have joined!

But at the onset of the campaign, a few Shluchos and women recognized that something was missing. The day before the program was about to launch, some Shluchos realized that there was no course geared towards the average Jewish woman. They felt that every Jewish woman needed a system in which they could educate themselves on the topic of Moshiach.

With a few phone calls, they managed to arrange a Zoom class for the following day, where over a hundred women from across the world joined the course live, and many more watched the replay! As a result, an exclusive stream of learning opened for Jewish women worldwide.

As one Shlucha recently said during a Moshiach-themed Farbrengen, “I was never really comfortable teaching others about Moshiach. But ever since I began learning about it and internalizing it, I have found that it has shaped the way I experience reality, and I’m so motivated to share it with others.”

Or, as another woman wrote after she watched the first class, “This program is K’mayim korim al nefesh ayefah; like cold water for a parched soul. There are so many links and videos that come up on Whatsapp, but this one is different; it’s incredible!”

One of the women who has led a significant role in this initiative is Mrs. Rivky Wilansky, Shlucha in Moscow, Russia. She has been the propelling force behind arranging a track specifically for Russian-speaking people. This includes translating the program’s website, resource material, and even the Sichos into Russian.

When interviewed for this article, she related how she noticed that many people were unaware of the campaign. But, when she went ahead and informed them about it, they were so open to dedicating their time to learning about Moshiach. People from all backgrounds were eager to learn about such a fundamental topic, especially those that only had minimal exposure to studying its ideas in the past.

“The Rebbe has been waiting for this moment for thirty years,” says Mrs. Wilansky, “To pick up the Dvar Malchus and learn it together in a serious fashion; it is a historic time.”

Not only is there a Russian-speaking track of the campaign, moreover, with the help of other Shluchos in Russia, a program has been created for the schools in Russia where hundreds of children are learning about Moshiach. The program in the schools is extraordinary, as children are learning daily information and having weekly classes, all of which leads up to a grand tournament where their knowledge will be tested.

The initiative and self-ambition of Shluchos haven’t been limited to Russia. “I heard about this project through Social Media,” says Mrs. Sara Korn, Shlucha at Chabad House Bowery in Manhattan, “I’ve wanted to teach about Moshiach for a while now, and this gave me the impetus to start. I have a positive experience communicating Torah ideas in concise videos on Instagram, so I decided to replicate that here. I made bite-size clips on the campaign material geared for women who might not have the time or motivation to learn the whole Sicha themselves.”

Another Shlucha who has been a driving force behind this project is Mrs. Bracha Leeds, Shlucha in Berkley, California. Not only is she scheduled to teach one of the weekly classes and has been instrumental in moderating the monthly farbrengens amongst the Shluchos, but she was also one of the women who pushed for a women’s focused track.

When asked what her motivation is, she said, “These were the Sichos that I learned right after I became frum, and they have carried me until now on my Shlichus as a motivator, to inspire even more Jews to do Mitzvos and to learn about Moshiach too. This campaign made learning about Moshiach a family project, as it includes my children as well.”

Mrs. Rivky Katz of Los Angeles, California, has been involved in similar grassroots projects in the past. She is extremely passionate about having other people, especially women, learn about Moshiach since the Rebbe first spoke about it. When she was interviewed for this article, she was asked how this campaign was different from other movements she had previously participated in.

“In the past, we were faced with several challenges,” she says, “Among them a lack of quality, synchronized material presented professionally. However, with the “Tut Altz” campaign launched this year, in honor of 30 years since Chof Ches Nissan, it felt like Hashem heard our prayers!”

But then Mrs. Katz realized that a potential challenge was looming, this time for the exact opposite reason. The sheer amount of resources available meant that some women would find it hard to identify which class or booklet was best geared for them. So, of her own volition, she created Whatsapp groups to lend support and help women navigate the website, post links to classes, share PDF printouts before Shabbos, and keep the momentum and enthusiasm strong. These groups proved to be highly popular, and many more women are learning and participating as a result.

“In truth, these Sichos have been important and essential ever since the Rebbe said them,” says  Mrs. Dinie Rapaport, a Shlucha in Mequon, Wisconsin, who has also taken an active role in this grassroots campaign. “But throughout this past year, Covid has brought the world together with the help of modern-day technology. The Moshiach Office has capitalized on this, and now all Jews can learn these ever so important and relevant Sichos together. They’re doing a phenomenal job with bringing together Jews from all walks of life; is there a greater form of Jewish unity?”

All said and done, the one sentiment which all the women spoken to for this article shared was the hope that more people would join. They feel that there is still a lack of awareness about the need to educate oneself about Moshiach, and in particular, about this initiative. “I believe it is so empowering to learn these Sichos,” encourages Mrs. Korn, “And we don’t need to climb mountains. Now, it’s at our fingertips!”

“If people would only make a few phone calls and inform and encourage their friends or colleagues about this project, so many more people would take part in the initiative,” concludes Mrs. Wilanksy, “Take the initiative, reach out to your respective communities, your colleagues, or just your friends, and see that they will be more than happy and excited to join this amazing project.”