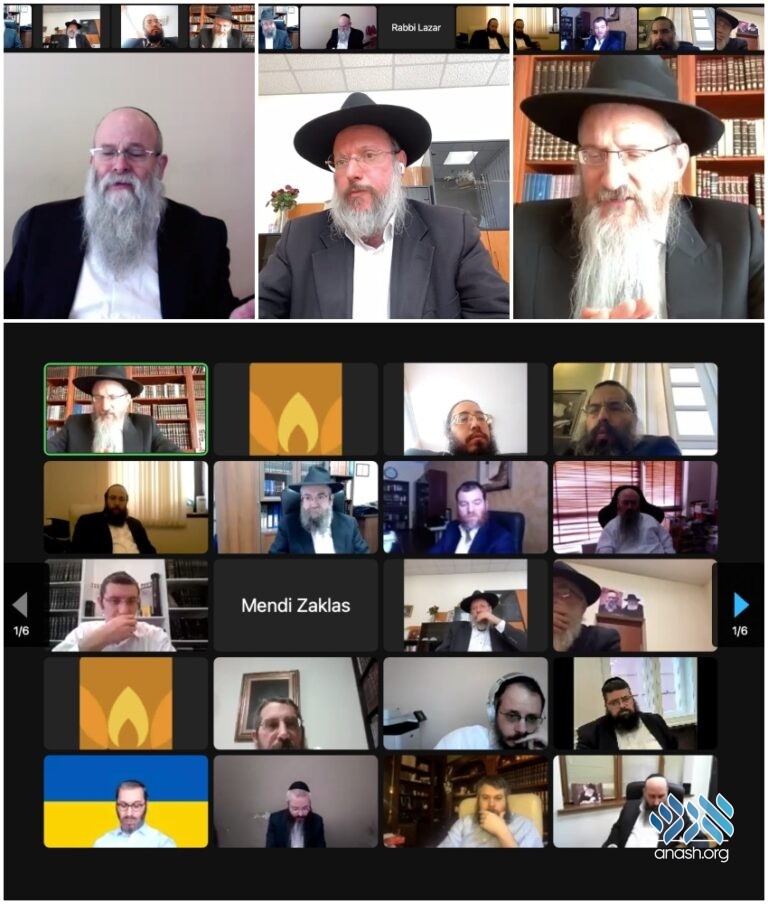 200 shluchim to Russia and Ukraine joined a Zoom meeting where they discussed preparations for Purim and Pesach and formed a committee to establish 121 new institutions in honor of the Rebbe’s birthday.

At a special Zoom conference in which about two hundred Chabad Shluchim from the Former Soviet Union gathered, plans and projects were drawn up in preparation for the upcoming holidays of Purim and Pesach, to enable hundreds and thousands of Jews living in these countries to celebrate the holiday and fulfill its mitzvos in the best way possible. Special effort will be made in delivering Shmura Matza and organizing additional public seders.

The Rabbis and Shluchim are calling on all Jews to increase in prayers for peace. Every Shliach will add light and joy in their respective city, with an increase of Torah study. In honor of the upcoming 121st birthday of the Lubavitcher Rebbe which will be on the 11th of Nissan, a special committee of dedicated shluchim was formed with the goal of founding 121 new institutions and organizations dedicated to the Rebbe by his birthday.

The conference was led and emceed by the Rabbi of the Kedem community in Kiev, Rabbi Pinchas Wishedsky. After screening a video of the Rebbe, the meeting was opened by Russia’s Chief Rabbi Berel Lazar. Additional speakers were Chief Rabbi of Dnipro Rabbi Shmuel Kaminetzky, Chief Rabbi of Charkov Rabbi Moshe Moscowitz, Chief Rabbi of Nikolaev Rabbi Sholom Gottlieb, and committee representative Rabbi Moshe Weber.

To all those who are concerned and inquiring, it was clarified that the Shluchim are not involved in politics whatsoever. Their only mission in their holy shlichus is to add light and love, to encourage the citizens, and to pray for peace.