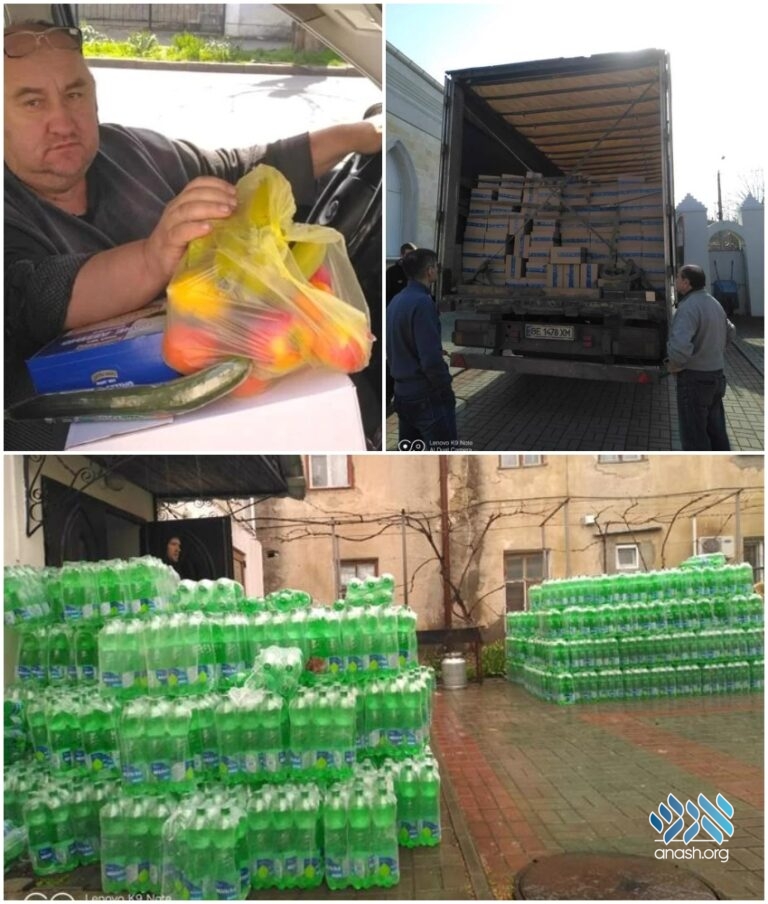 As the war in Ukraine’s south and east intensifies, vast firepower has been trained on Nikolayev, which controls the pathway to Odessa as well. Observers fear that it might go the way of Mariupol, which has been turned to rubble.

As the war in Ukraine focuses on the strategically located city of Nikolayev (Mykolaiv), those remaining in the beleaguered city are facing an increasingly dire humanitarian crisis.

Rabbi Shalom Gottlieb, the city’s rabbi since 1996 and director of Chabad-Lubavitch of Nikolayev, is orchestrating relief efforts from Israel. He says that even as bombing continues, he and his staff have been sending in shipments of food, and now, truckloads of fresh water as well. The city’s running water has been cut off since April 12 due to damage inflicted on the pipelines.

Prior to Passover, the Jewish community distributed thousands of food packages, which included canned goods, fresh vegetables, matzah and other staples. For those able to venture out, the food was made available in the city’s synagogue, while deliveries were made to homes and shelters for the homebound and others who were unable to make the trip safely.

Attempts to capture Nikolayev began just two days after the war commenced in late February, when Russian tanks rumbled into the city. Nikolayev was battered by rockets in March, and tens of thousands were evacuated. By early April most of the surrounding area was back under Ukrainian control.

As war in Ukraine’s south and east intensifies, vast firepower has been trained on Nikolayev, which controls the pathway to Odessa as well. Observers fear that it might go the way of Mariupol, which has been turned to rubble and where tens of thousands of civilians have perished.

While Gottlieb has been evacuating residents from the start of the war, he says many civilians, including thousands of Jewish people, are either unable or unwilling to leave the city.

Two months into the ongoing evacuation effort, he says that it has become increasingly challenging. “There are many people scattered in villages around Nikolayev, who are very hard for our rescue teams to reach. Just locating each person and arranging transportation is tremendously difficult,” he reports. “But we will not give up on a single precious life.”

A Long and Rich Jewish History

Nikolayev has a long and rich Jewish history. The Rebbe, was born there in 1902, the grandson and great-great-grandson of Nikolayev’s chief rabbis, Rabbi Meir Shlomo Yanovsky and Rabbi Avraham David Lavut—author of the scholarly work Kav Naki, who took the post in 1850. The Rebbe’s early years were spent in Nikolayev, where he and his family survived the deadly pogrom of 1905.

In February of 2016 the city renamed central Karl Liebknecht street after the Rebbe, and in 2019 two Ukrainian historians co-authored the book Our Fellow Countryman Rebbe Menachem Mendel Schneerson: The History of the Lavut-Yanovsky-Schneerson Families in Mykolaiv, a study that was geared at a general audience and was published by the State Archive of the Mykolaiv Region. A recent war-time video issued by the municipality also highlighted Nikolayev’s significance as the birthplace of the Rebbe.

This year, the city had planned major celebrations to commemorate 120 years since the Rebbe’s birth, but festivities were set aside as the city battles for its continued existence.