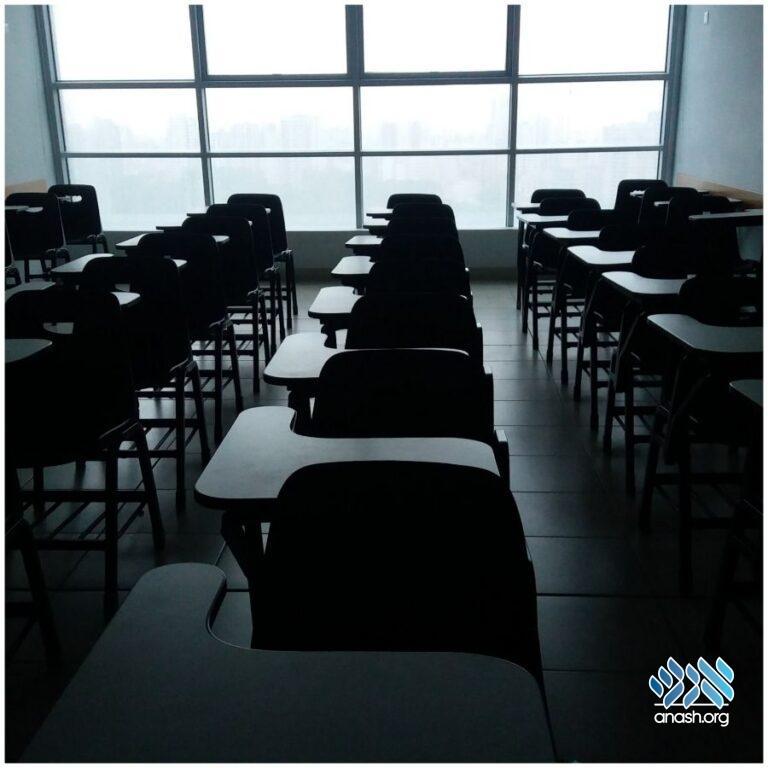 As schools begin to prepare for the coming year, administrators are faced with a troubling predicament: there is a shortage of quality teachers, and the problem is only getting worse.

It’s weighing heavily on the minds of many school administrators. It seems to be getting worse each year, and no one knows what to do about it. There is a national teacher crisis: schools are having trouble attracting, and retaining, teaching talent.

Administrators point to many factors as reasons behind the shortage. Teachers are leaving chinuch to take up more lucrative jobs. Talented mechanchim are exiting Crown Heights for cities where they can buy a larger house and their wives will have community. The classes are larger and harder to manage, and this is driving many in the field away.

While teachers recognize these factors, they say there’s more to the story. From their perspective, a lot of it has to do with how they are viewed and treated.

In a conversation with Anash.org, one teacher opened up and shared, “School administrators wonder why more yungeleit aren’t going into chinuch, and why those who do often end up leaving Crown Heights. What they don’t realize is that the current environment isn’t one in which teachers can thrive.”

Rabbi Mordy* has been in chinuch for over a decade. He’s worked in various community schools, and has noticed an alarming trend: over the last ten years, teachers are increasingly cut out of conversations on school policies that affect students and the quality of their education.

“Teachers used to be partners in a school’s policies and would be consulted on proposed changes,” Rabbi Mordy told Anash.org. “As the ones working directly with the students, we can often foresee how a certain decision will affect the reality on the ground.

“Now, in many schools, teachers aren’t asked or even informed before a policy goes into effect. And when a teacher takes the initiative to share their thoughts, they often aren’t listened to.”

When asked where this change is coming from, Rabbi Mordy said that a majority of schools’ financial boards, who were brought in to help alleviate financial burdens, are becoming involved in educational decisions. Their work is of high importance, and there are issues they must, and do, deal with. But, he explains, some of these supporters have a mistaken view of teachers. They believe that people go into chinuch because they can’t succeed at anything else, and that the job could be done by anyone. This view is not conducive to acquiring and maintaining quality educators.

“Teachers are not ‘babysitters’,” Rabbi Mordy said. “They are professionals in a field that requires talent and expertise. Their experience working in the classroom and engaging with the students means that they have insight into the day-to-day operations and educational curricula that no one else has. When their participation is discouraged, the quality of chinuch suffers.”

This dismissiveness also affects morale. If teachers aren’t valued and treated as competent professionals, they are less likely to be motivated and inspired in their work. Rabbi Hirshy*, another Crown Heights melamed, says he has seen many colleagues struggling with this.

“When a teacher offering feedback is considered ‘talking out of turn’, it’s demoralizing,” Rabbi Hirshy said. “He quickly learns that if he speaks up, at best, his feedback will be dismissed; at worst, the teacher himself will be dismissed. The subtle message is that he’s dispensable. If he doesn’t fall into line, it will cost him his parnassah.

“Baruch Hashem, when I enter my classroom, I can leave my negative perceptions at the door so that my students experience the best of me, but not everyone can do that. At the end of the day, we’re human. It’s difficult to throw yourself in when you are worried that one false move could mean the end of your career.”

Sometimes, he explains, it doesn’t even take that. Several teachers have shared that when parents complain, they aren’t given a chance to respond. Oftentimes there is no real issue other than a disgruntled parent who will nitpick at anything that isn’t to their liking, and yet the teachers suffer real consequences.

“Many teachers don’t feel that the administration has their backs,” Rabbi Hirshy said.

The schools have started investing in initiatives to honor mechanchim and their dedication to the job, teachers say. There are appreciation events throughout the year and generous gifts before yomim tovim, and parents are encouraged to express thanks with thoughtful gestures of their own.

Still, there’s an important point that must not be overlooked: valuing teachers isn’t only about appreciating their dedication. It’s about recognizing the role they play as spiritual leaders who shape the ideals and future of an entire community. Meaningful gifts and gestures are a great way to express this respect, not to replace it.

When asked why he chose to stay in this field, Rabbi Mordy explains that this is his shlichus. “Every shliach experiences challenges. You can’t let that drive you away. Sometimes you need to persevere even when it doesn’t seem to make sense.” However, he warns, “This isn’t likely to last. If teachers aren’t feeling secure and supported in their positions, their commitment to chinuch will wane.

“This could end up having serious ramifications for the schools. If the field of chinuch becomes unappealing for young teachers, they may face unprecedented teacher shortages. And everyone involved loses when decisions are made that aren’t in the children’s best interests, or that don’t promote the chinuch we want to see in our community.”

In spite of the challenges, Rabbi Hirshy says he and his coworkers feel hopeful about the future. While the issues are structural, he believes that simple changes can make a big difference. For example, he has seen that when principals walk through the halls regularly and take time to test students on their learning, they see the progress that is being made instead of only hearing complaints. It helps bridge the divide that can exist between a school’s administration and its teachers and students.

“Sometimes, all it takes is for the people making decisions to have more insight into what’s happening on the ground,” Rabbi Hirshy said. “Engaging with students and teachers on a regular basis helps. If administrators and board members could experience this, they’d probably have more respect for the mechanchim, too.

“Parents can also make a difference. Make sure the school administration knows of your admiration for your son’s teachers, and how much you value quality educators. Of course, speak up when a teacher is being hassled with a bogus complaint.

“The quality and stability of your kids’ chinuch depends on it!”

*Names have been changed