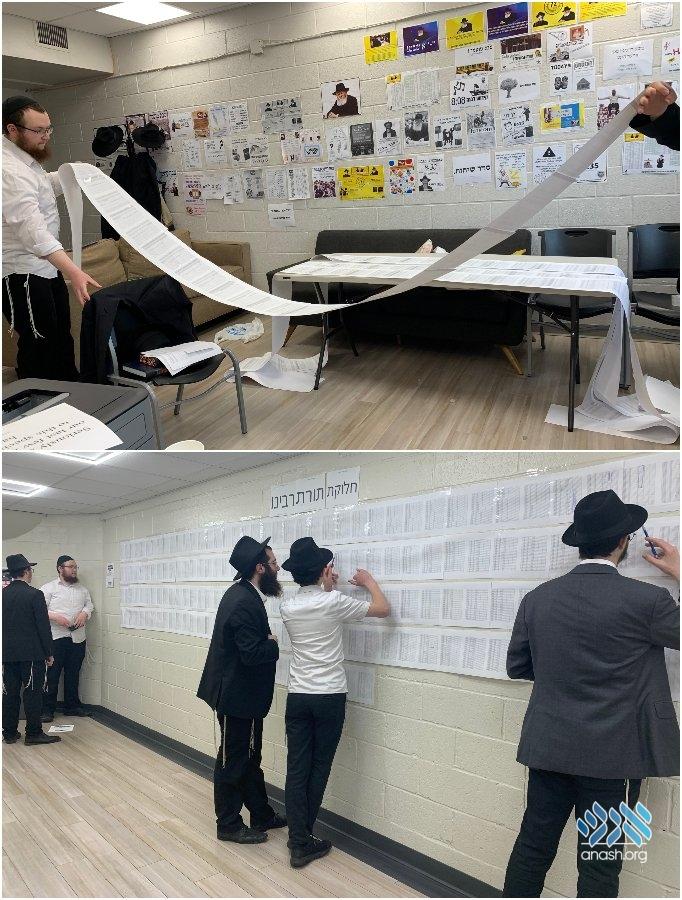 Due to the sheer number of participants in the Chalukah of the Rebbe’s Torah in honor of Yud Alef Nissan – 120 years, an enormous amount of data, bli ayin hara, was collected by the website, detailing all the names and the units they chose. Upon the completion of compiling and organizing this information, the organizers were delighted to discover that this is the largest gift ever presented to the Rebbe in honor of a special jubilee!

Thousands of Anash and bochurim—men, women, and children worldwide—expressed their strong hiskashrus and love to the Rebbe by committing to learn segments of the Rebbe’s Torah in honor of his one hundred twentieth birthday.

The entire corpus of the Rebbe’s Torah was divided over and over again in multiple cycles, each one consisting of over 250 volumes. The commitments taken will be fulfilled throughout the coming year, with Hashem’s help.

Around one month prior to Yud Alef Nissan, with the help of generous donors, it was announced that a special raffle over 120 sets of the Rebbe’s Torah would be held among the participants in the Chalukah.

An additional raffle was held between the 479 participants who each committed to learn complete volumes of the Rebbe’s Torah—whether it was Maamorim, Igros, or Sichos.

After several weeks of sorting through the data, the raffles have been held and the winners are announced below.

A notice will be sent to the winners.

To pick up the set at Crown Heights or in Ererz Yisroel, please contact us at [email protected]

The Chalukah was arranged by the Central Lubavitch Youth Organization in New York. Its director, Rabbi Shmuel Butman, expresses thanks to Rabbi Shmuel Pevzner, along with the temimim Reuven Neparstek and Chaim Piekarski, who invested much energy throughout the entire campaign and ensured its success.

Rabbi Butman also expresses much gratitude to the generous donors who made this campaign possible: Reb Michel Meir and his son Reb Leibish Moshe Goldhirsch from Melbourne, Australia. Their great assistance to the Rebbe’s inyanim, and the tremendous nachas ruach generated by this Chalukah, will certainly bring them an abundance of blessings, both materially and spiritually.