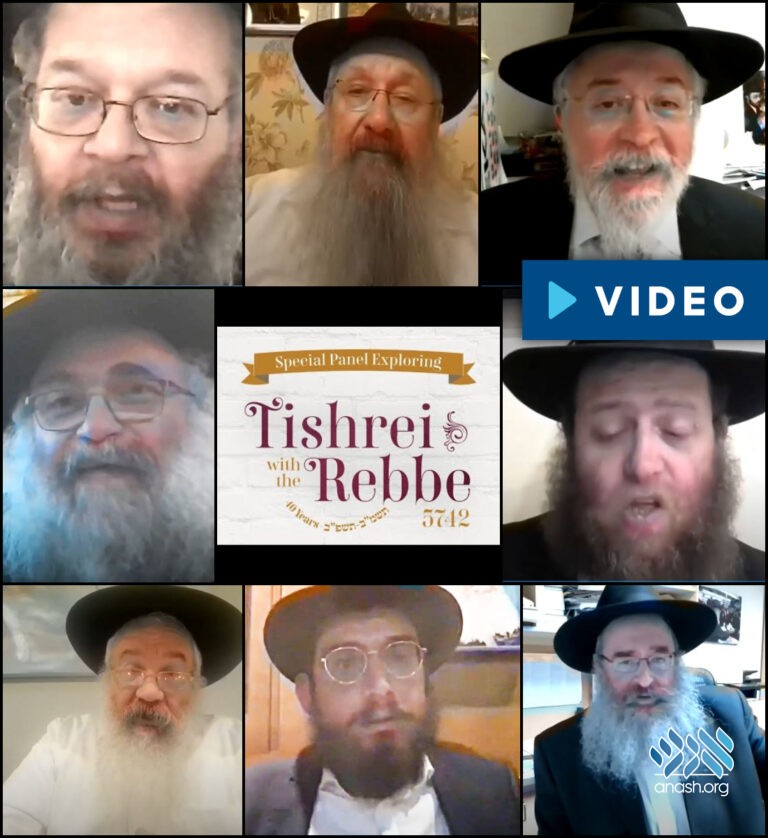 The Vaad Talmidei Hatmimim announced the winners of their latest mivtza, where bochurim learned all about Tishrei with the Rebbe 5742. Watch a replay of a panel of shluchim and mashpiim recounting their memories of that time.

Following a very successful soft-launch of mivtza Tishrei with the Rebbe 5742 joined by many yeshivos at the end of Elul, where the bochurim learned maamorim, sichos and yomanim and watched videos from Tishrei by the Rebbe 5742, the mivtza was expanded to bochurim everywhere online with a new website Tishrei5742.com.

Boruch Hashem, many bochurim took the opportunity to join the mivtza and experienced a true Tishrei with the Rebbe.

The Vaad Talmidei Hatmimim announced the winner of the raffles from the mivtza: