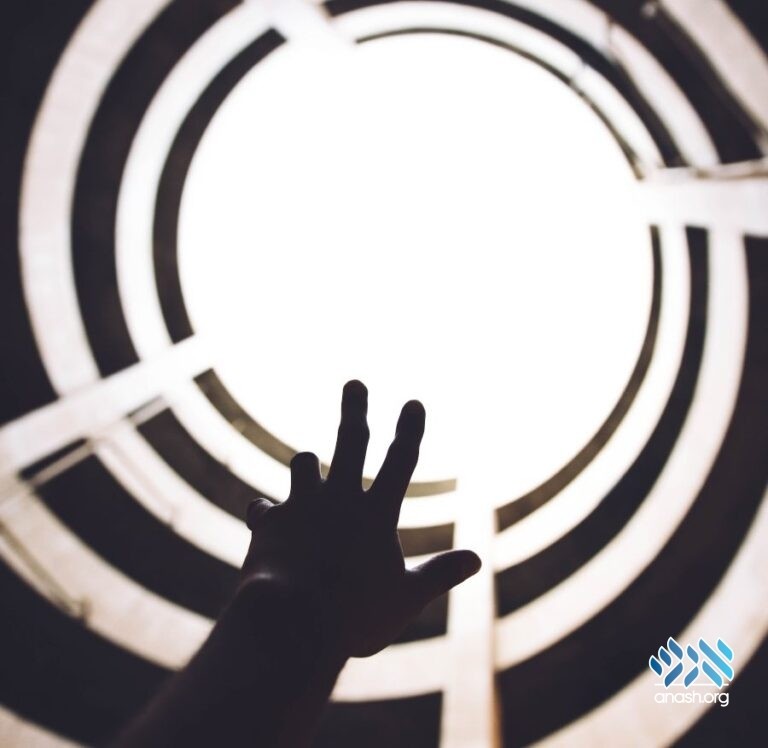 Whatever our “Mitzrayim” may be, we often reject help because we can’t imagine that our “Moshe Rabbeinu” can be someone who isn’t experiencing what we are. “You don’t know what I’m going through,” we’ll often say, think, or hear others say to us.

While on the ship sailing from war-torn Europe to the United States in 5700 (1940), the Frierdiker Rebbe instructed Rabbi Chaim Mordechai Aizik Hodakov to prepare a plan for rejuvenating Yiddishkeit in America. Reportedly, the Frierdiker Rebbe reasoned that once they came to America and witnessed the hardships for themselves, they’d have a more difficult time creating a plan.

Shouldn’t their dire situation have been the reason to listen to a promise of redemption, not reject it?

How was this meant to solve the problem of the Yidden not accepting Moshe?

The root word for Mitzrayim is “maitzar,” narrow, or strait. In our personal lives, we can be stuck in all sorts of “Mitzrayims.” The situations that hold us in bondage can be anything from having to make a difficult decision to being entrenched in destructive behavior. We can be stuck in our interpersonal relationships, or in our relationship with Hashem. Mitzrayims exist at all stages in life and come in all shapes and sizes.

Whatever our “Mitzrayim” may be, we often reject people’s help because of our “shortness of breath and hard labor.” We can’t imagine that our “Moshe Rabbeinu” can be someone who’s not experiencing what we are. “You don’t know what I’m going through,” we’ll often say, think, or hear others say to us.

But in reality, who was it that redeemed the Yidden from Mitzrayim, after all? Precisely someone who was living beyond their bondage.

It’s usually someone on the outside who will see things without bias and help guide us out of our rut. Being too close to pain is blinding. This is why doctors often ask parents to leave when the children are being treated. Similarly, soldiers in the trenches need the guidance of the commanders who are on the outside.

This is something to consider whether we’re the ones stuck in a Mitzrayim, or the “Moshe” that’s trying to help free someone else from their Mitzrayim.

But how can “Moshe” indeed be qualified to help? And how can he reassure his fellow Yid that he’s qualified?

Once, when the Rebbe Rashab was around four years old, he and his older brother, the RaZ”A, played a game of Rebbe and chossid. As the chossid, he came to his older brother, the Rebbe, to ask for a tikun, because he had eaten unshelled nuts on Shabbos and then found out that the Alter Rebbe discourages doing so. “Your tikun is to be careful to look inside the siddur when you daven.”

Hearing this, the young “chossid” responded: “You’re not a Rebbe and your advice won’t help.”

“Why not?” his brother protested.

“Because you gave your advice too quickly without even giving a krechtz [sigh]. It’s possible that your advice was in fact good, but it won’t help me because you didn’t first krechtz.”[2]

This is why Hashem instructed Moshe, “Commanded concerning the Jewish people.” The Hebrew words “va’yetzaveim el B’nei Yisroel” can be interpreted as, “He connected them to B’nei Yisroel.” Moshe had to first connect with the Yidden and feel their plight. He didn’t need to personally experience it, but he had to empathize. And when they felt he was connected to them, they were able to accept his direction.

It is now 83 years since the Frierdiker Rebbe wrote his plan for American Yiddishkeit prior to stepping foot on American soil, and baruch Hashem we see the success. What those in the trenches of secular America thought impossible is today a reality.

May we all recognize the “Moshe Rabbeinus” in our life and allow them to feel for us and help guide us on the best path, materially and spiritually. And if we are meant to be someone else’s “Moshe Rabbeinu,” may Hashem grant us success in connecting with them and freeing them from their Mitzrayim to a place of openness and light. And, above all, may we all merit the ultimate freedom, through our redeemer, Moshiach, now.