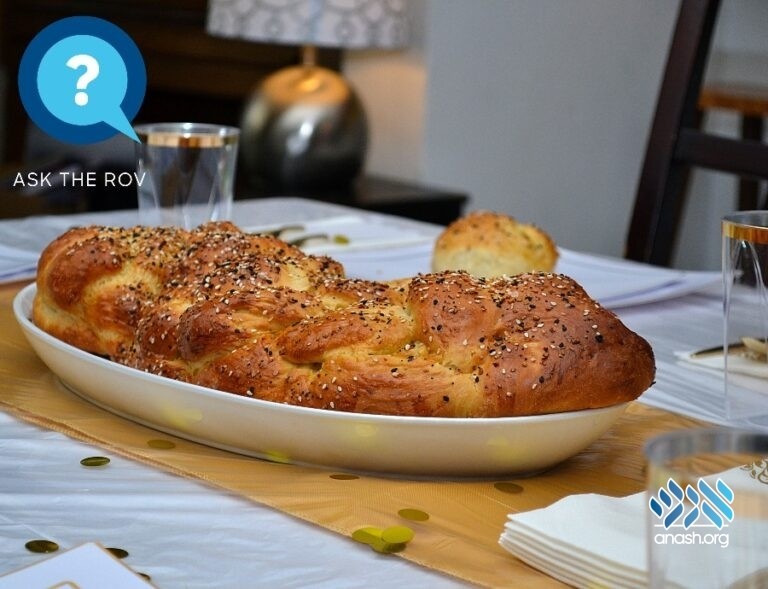 Ask the Rov: Are there special foods that we should eat on Shabbos?

There is a mitzva to delight in Shabbos. While some hold it is a Torah obligation derived from the posuk “mikra kodesh,” others hold it is miderabanan based on the posuk in Yeshaya, “v’karasa laShabbos oneg.” Still, the Alter Rebbe warns about keeping it carefully since the Chachamim’s words should be treated even weightier than the Torah’s. One who honors Shabbos will have his sins forgiven and he will be spared the judgment of Gehinom.1

What kinds of foods are included in oneg Shabbos?

Chazal speak of “large fish and a dish of cooked beets,” yet, the Alter Rebbe notes that every place and era has their own criteria of pleasurable foods. Meat and wine aren’t an obligation, but since these usually bring pleasure, halacha rules that one should try to have them in generous quantities according to what one can afford.2 At minimum, one should make a point of having two cooked dishes.3 The Alter Rebbe said that one should eat twenty-four kinds of food on Shabbos.4

While there is a view that fish on Shabbos is a Torah obligation, the halacha isn’t so. Still, Chazal mention fish specifically and it is a mitzvah min hamuvchar to have fish (unless one dislikes fish or they are detrimental to him, in which case they cause the opposite of pleasure).5 The Alter Rebbe, based on the Arizal, emphasizes the importance of eating fish, especially by seudah shlishis which is symbolized by the fish’s open eye.6

It is minhag Yisroel to have a hot dish at the meal to honor and delight in Shabbos, unless it is detrimental to the person.7 When Rosh Chodesh falls on Shabbos, it is appropriate to add an extra dish for Rosh Chodesh.8

Much has been written both in halacha and Kabbalah about the significance of traditional Shabbos foods and their specific forms, including challa, cholent, kugel, soup, and other foods.9 One should endeavor to uphold the traditional foods and community minhagim.10