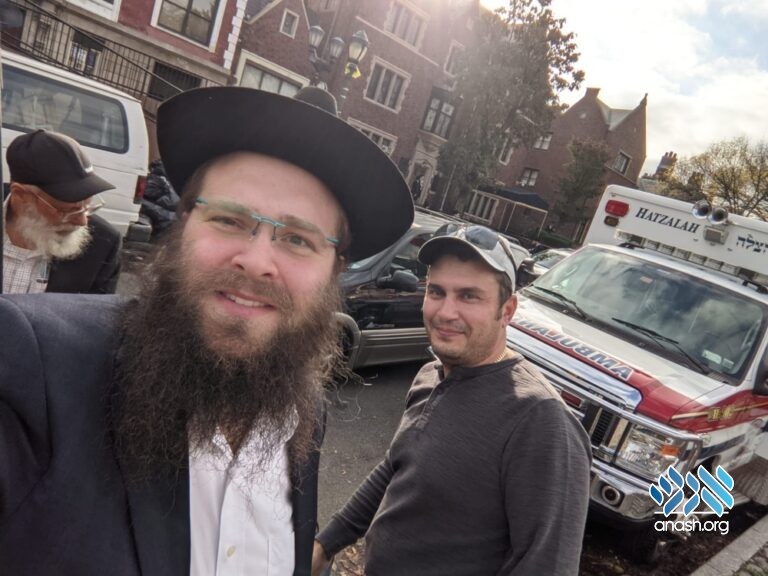 When three shluchim arriving at the Kinus discovered their taxi driver was Jewish, they immediately offered to help him put on tefillin. He declined, but the reason for his refusal delighted the shluchim.

When three shluchim arriving at the Kinus discovered their taxi driver was Jewish, they immediately offered to help him put on tefillin. He declined, but the reason for his refusal delighted the shluchim.

Rabbi Eliyahu Rapoport, shliach in Chicago, told Anash.org that after he arrived in JFK airport with a fellow Chicagoan shliach, they headed towards the taxi stand to catch a ride to 770. There, they met another shliach who had just arrived from Panama.

The three shluchim jumped into the next available cab and started shmoozing, asking about each other’s communities. The Panaman shliach mentioned the Sefardim in his community, when the taxi driver suddenly piped up, “Hey, you don’t look Sefardi at all!”

After identifiying himself as Jewish, the conversation turned towards the taxi driver’s Russian Jewish background, customs, community and, of course, whether he’d like to put on Tefillin.

He proudly told the shluchim that earlier that day, he had driven a group of Chabad rabbis to “the cemetery”, referring to the Rebbe’s Ohel in Queens.

“The earlier group of rabbis already put tefillin on with me,” he told them proudly.

Hearing that, the shluchim couldn’t help but be delighted by the refusal. Their brothers from somewhere around the globe had already found this Yid and done a mitzva with him!

The shluchim encouraged him to continue putting on tefillin every day and gave him a nice tip. They then headed off to the kinus, proud to be part of the Rebbe’s incredible army where each soldier received the same ‘training’ and can be relied on to do their part in caring for each individual Jew that comes their way.