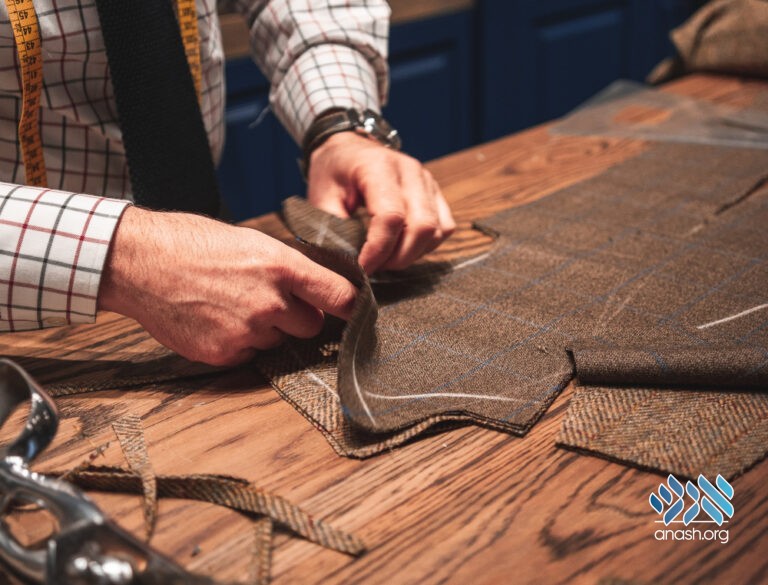 Motzei Shabbos Story: When the townspeople in Ruhatin saw the tailor sobbing by their Rebbe’s funereal, they wondered why he felt so connected. The story he told them clarified everything.

Mourners crowded the streets of Ruhatin in the spring of 1889. Rabbi Uri Langner, their beloved rebbe, had returned his pure soul to its maker.

The silence was broken only by the sobs of the chassidim. Among them was a simple man, a tailor by trade. This tailor was not known to frequent the rabbi’s court and no one knew him to have any particular connection to the rabbi or his teachings.

Yet, as the tailor walked along with the slow-moving procession, his body was racked with such violent sobs that the others could not help but stare in wonder. What was the tailor’s connection with the great rabbi?

After the funeral, some of the chassidim asked the tailor to enlighten them. What was it that brought him to such a deep state of mourning?

“As you know, I am an expert tailor,” said the man, whose eyes still glistened with tears. “I make high-quality clothing for princes, nobles and other fine folks.

“One day, around eight years ago, I was summoned to the house of Rabbi Uri. Of course, I came, and he greeted me warmly and ushered me into his room. The rabbi then locked the door and removed a photograph from his drawer.

“To my utter amazement, it was a portrait of Czar Alexander II, the accursed enemy of the Jews. In the photo, Alexander was wearing his full royal uniform. The rabbi then looked at me with a sense of urgency and asked, ‘Can you sew clothing like this for me?’

“I could barely believe my ears. Why would this rabbi, a man of Torah scholarship and piety, want to have a uniform like that of the Czar? But before I could ask another word, I found myself nodding in agreement. I could do it.

“He gave me the picture, and I got to work. Within a few weeks, the job was done. The uniform was perfect, down to the rich gold braid and the intricate embroidery.

“When I brought my handiwork to the rabbi, he was clearly pleased and grateful for my careful attention to the task he had given me.

“Behind locked doors, he asked me to look at the photo carefully and verify that everything was sewn exactly as shown. ‘Yes, Rebbe,’ I assured him, ‘it’s exact.’

“The rabbi’s face then changed to a deep shade of red. I began to quake with fear, not knowing what would happen next. He looked like an otherworldly apparition, as he did during the high holidays, and I was afraid to stand near him.

“Suddenly, the rabbi lifted his cane in an upward motion toward his face. The rabbi then lifted his hands and closed his eyes in intense concentration. With tears streaming from his eyes, he called out, “So shall Your enemies be destroyed, G‑d!

“At that moment, I had no idea what I was seeing, but it was clear as day that something important was happening. I was so taken by the scene that I too began to weep.

“After a few moments, it was as if the storm had passed. The rabbi’s face regained its normal expression, and he looked at me calmly. ‘Please don’t tell anyone what you saw here,” he asked. Of course, I agreed.

“A few days later, the news reached our town. Czar Alexander II had been assassinated by a group of young revolutionaries. It was clear to me that it was directly linked to the rabbi’s doings.

“For years I kept the rabbi’s secret. But now that he is no longer among the living, I feel that I can divulge the truth. Now you know why I mourn the rabbi so deeply. He is a holy man who endeavored to bring salvation to his people.”

Wishing to confirm the words of the tailor, chassidim respectfully rummaged through the rabbi’s personal effects. Sure enough they found a suit of royal clothes, just as the tailor had said.

Translated and adapted from Sichat Hashavua, 1442.
Reprinted with permission from Chabad.org