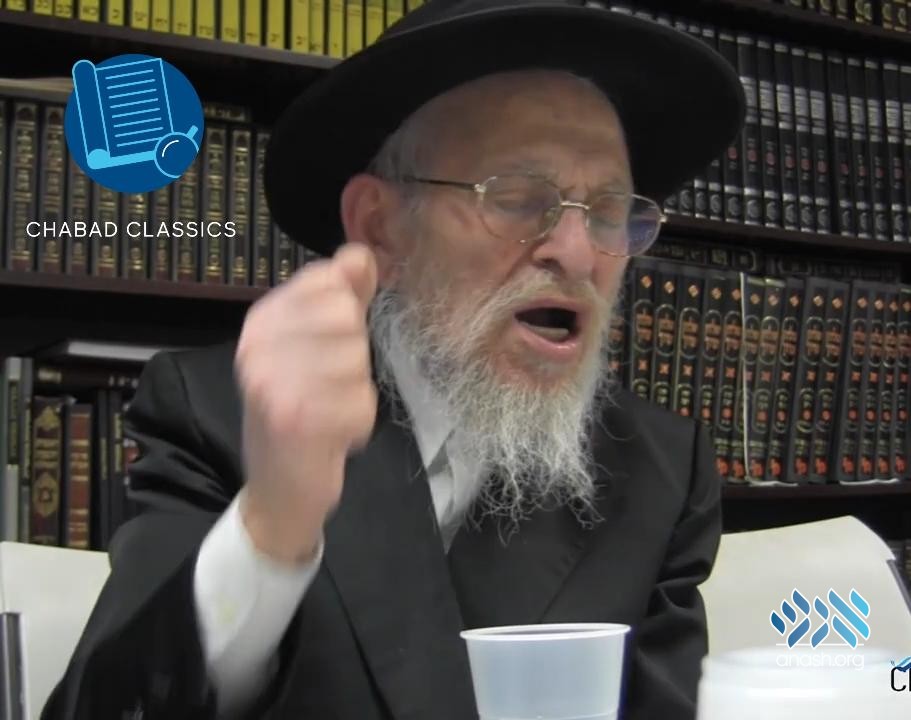 by Rabbi Mendel Rubin for Chabad.org

Whenever I think of the Yud-Tes Kislev farbrengens of my formative years in yeshivah, two unforgettable statements come to mind, two pithy lines that were repeated by beloved teachers and relived by those who heard them each and every year.

An oft-repeated, predictable statement may seem to run against the grain of a farbrengen. After all, such gatherings are informal by design and definition. You can’t speak at a farbrengen without thinking about it and preparing yourself for an honest exchange first. But neither can you make a formal delivery of a prepared speech. Real farbrengens spring from the heart, a fluid, flexible and authentic expression of true thoughts and feelings.

Yet these statements were different. They did not get stale with the passing years, but sprang forth anew, engaging the heart and mind each year with the same raw spirit, with energetic freshness and searching depth.

For me and for any student who attended the same Chabad yeshivah in Brooklyn as I did, these simple statements of chassidic belief and their meaning became the central feature of the Yud-Tes Kislev experience. No matter where we live today, from Australia to Russia, or anywhere across America, these two Yud-Tes Kislev mottos remain etched in our minds.

The first of these is from the veteran chassid Reb Elya Chaim Roitblat, of blessed memory.

Legends swirled about Reb Elya Chaim. Rumor had it that he was among that special group of pious people who wore four pairs of tefillin in secret. A story circulated that the Rebbe assured a parent of one of Reb Elya Chaim’s students that since Elya Chaim was his teacher, he would certainly have fear of heaven.

Physically, he was a wisp of a man. But he was an individual of unwavering spirit. Even in the harshest days of winter, he’d determinedly make his way up icy sidewalks from one end of Crown Heights to the other to pray at the Rebbe’s minyan, where he swayed to and fro, rhythmically saying the words of the prayer aloud, gently, softly and heartfelt.

After retiring as a devoted teacher of young children, he assumed his post at the yeshivah for older students. He sat quietly and unassumingly at a desk near the entrance of the study hall, studying Likkutei Torah, the classic collection of chassidic discourses by Rabbi Schneur Zalman of Liadi.

We yeshivah students were never quite sure what his formal role was in the yeshivah faculty. But he was a living example of what a true chassid should look like, an idealized glimpse into the old days.

Once a year, Reb Elya Chaim came alive. On the eve of Yud-Tes Kislev, all the tables in the yeshivah were lined up in rows, covered with white tablecloths and filled with farbrengen foods, including the traditional Yud-Tes Kislev buckwheat kasha.

Each year, Reb Elya Chaim was the first speaker. Despite his small stature, he rose up and spoke dynamically, his cane in hand. And each and every year, he began with the same words, what might be described as a personal Yiddish liturgy, annually repeated almost verbatim, in a sweet singsong:

Reb Elya Chaim always opened with these few words, and usually didn’t say much more than that. He left for home soon after, while the night was still young and the farbrengen was just getting started.

My own children know these words well, and we repeat them in our home every year on Yud-Tes Kislev. Even my younger ones can repeat Reb Elya Chaim’s words: “Haynt iz Yud-Tes Kislev . . .”

Later that same night, Reb Yisroel Friedman, may he live and be well, would farbreng for hours. He continues to serve as the rosh yeshivah to this day, and farbrengs each year as he did then. He is a fiery, sharp-witted and richly expressive scholar. An individual who seamlessly combines the analytical precision of the Talmudist with the exuberant passion of chassidic life and learning, the entire month of Kislev is clearly a special time for him.

There is a niggun (Chassidic melody) segment that he often sings at farbrengens during this month, a melancholy melody, with yearning and seeking throbbing in every note.

Reb Yisroel is a walking storehouse of Talmudic and chassidic knowledge, and with his quickness of spirit and razor-sharp mind, he is never without a novel insight at the tip of his tongue. Never at a loss for words, he flows seamlessly between the revealed and the concealed parts of Torah, weaving in and out, with poignant anecdotes and swift flashes of humor thrown in at every turn.

But on Yud-Tes Kislev he sticks to the same topic every year, always repeating the same five Hebrew words, and expounding on them for hours on end:

“Ohr vechayus nafsheinu nitan lanu—[On this day of Yud-Tes Kislev,] the light and life of our souls were given to us.”

These five Hebrew words are a quote from the same Yud-Tes Kislev letter in which the fifth rebbe proclaimed this day the Rosh Hashanah of Chassidus.

Late into the night, Reb Yisroel would unpack the immense significance of these words. Light. Life. Soul. Each of these words represents entire worlds of meaning, and Reb Yisroel drew on all the richness of his knowledge and his colorful personality to communicate that meaning to us. With animated warmth, zest and humor, he emphasized his points with pithy chassidic stories and sayings, quoting extensively from a vast repertoire of chassidic discourses.

But ultimately he placed the primary emphasis on the last two words, nitan lanu—on this day, the light and life of our souls was given to us! For Reb Yisroel, this statement wasn’t simply cause for celebration.

This was a statement of personal responsibility and obligation, a statement that demanded penetrating introspection, a statement that required us to ask ourselves hard, soul-searching questions: Have we absorbed and internalized the light, life and soul of Chassidus? Have we made it ours, and how? What have we done, and what are we continuing to do to make Chassidus our own?

I was intrigued and inspired by the paradoxical juxtaposition of these two mottos on the same night. “It’s not about me,” declares Reb Elya Chaim of Chassidus, yet Reb Yisroel insists that we must personally internalize it, we must apply it to our lives, we must make Chassidus our own.

These are no mere slogans. Each spoke his own truth. These were deeply personal statements, inner rallying cries, simultaneously expressing and re-intensifying the essence of who they each were as people, and their individual avodah (life’s work) as chassidim. For both Reb Elya Chaim and Reb Yisroel respectively, these words bared their souls.

Taken together, these two statements reflect a complex dialectic between the self and selflessness, which lies at the heart of the Chabad path of inner work and service of G‑d. The need to strike a balance between these extremes was famously expressed by Hillel, the great sage of the Mishnah: “If I am not for myself, who is for me? And if I am only for myself, what am I?” But Chabad Chassidus takes this concept much further, both in its extremes and in its beautiful synthesis, with tremendous depth and personal application.

The very acronym of Chabad connects the faculty of chochmah, which apprehends the all-effacing spark of G‑d’s infinite transcendence, with the meaningful internalization and tangible life application of daas. Likewise, one of the best known facets of contemporary Chabad is shlichus, which is based on the fundamental teaching of the Rebbe that it is through dedicating ourselves entirely to a higher purpose that we can ultimately fulfill our full potential as individuals.

Nit ich! Chassidism is about selflessness. And at the very same time, nitan lanu! It is that selflessness that gives us the very life and light of our souls.