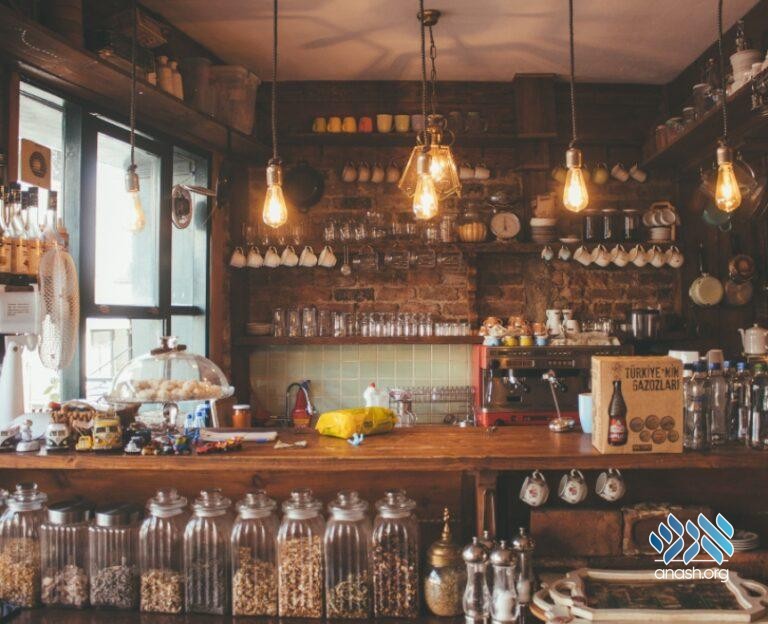 Motzei Shabbos Story: In a small village not far from Berditchev lived Mendel, an upright but simple innkeeper, who wanted to leave his inn and start to learn Torah. But Reb Levi Yitzchak taught him a lesson that made him change his mind.

In a small village not far from Berditchev lived Mendel, an upright but simple innkeeper, who made a modest living from the small inn he managed at the side of a country road.

With time, Mendel became pensive and pondered his life’s trajectory.

“For most of my life I’ve lived in this tiny village managing the inn,” he reflected. I’ve fed many hungry and exhausted passersby. I’ve poured drinks for the rough peasants and wild noblemen. Because I was burdened by managing the inn, I could neither study nor pray properly. Now that my hair is grey, the time has come to separate myself from the world’s futility and begin to prepare for my ultimate journey.”

He summoned his son Shia who was young, jovial, and energetic, and handed over the keys to the inn, saying: “I’ve managed the inn for decades. The time has come for you to take over.”

Mendel left the village and moved to Berditchev. He divided his time between his modest town home and the synagogue. He did not become a noted scholar and was not well versed in the small letters of the commentators, but he could pray and learn the basic texts, Chumash and Mishnah.

The inn, meanwhile, had undergone a drastic reformation. With his son in charge, it was no longer a quiet and sleepy roadside tavern. The local nobility began to frequent the inn and held their meetings, parties, and events there. From a business perspective, the transformation was a success.

But the simple passersby, who longed for the warm reception Mendel had always extended, stopped coming. They yearned for the modest warm meal he’d offer, the homey ambiance, and the listening ear they’d grown to rely on. Now the place felt foreign and empty. They no longer belonged.

When Reb Levi Yitzchak of Berditchev caught wind of this, he was saddened. He was sad for Shia, whose thirst for money had driven him to such lows. He was sad for the place which had morphed from a wholesome inn into a party house. And he was sad for the weary travelers who could no longer find a comfortable place to rest and enjoy a kosher meal.

Reb Levi Yitzchak summoned Mendel and asked, “Why did you abandon your inn and hand it over to your son?”

“I am not getting any younger, “ explained Mendel. “My hair is grey; who knows how many more years I will be granted? With what will I meet my Maker? Shall I remain without any Torah or prayer to accompany me?

“Now that my son is taking care of the inn, I feel better. I rise in the morning, wrap myself in my tallit and tefillin, and pray slowly with concentration. Then I study. I feel I am accumulating at least a small amount of prayer and study that I can take to the Heavenly Court when my time comes.”

Reb Levi Yitzchak sank into thought and after a short while, offered: “Our sages say: ‘A wise man is someone who knows his place.’ A person ought to know the place that Divine providence has destined for them. When one knows one’s place, he or she ought to stay there and not try to take the place destined for someone else.

“Another thing our sages have taught: ‘Royalty on earth is like royalty in the heavens.’ Royalty in heaven and on earth operate similarly. Woe is to a kingdom that has a plethora of generals but lacks simple foot soldiers. In fact, a soldier who escapes battle to become a general is considered a deserter and a rebel.”

Reb Levi Yitzchak waited a moment, looked softly at Mendel, and put his hand on his shoulder. “Know, my dear son Mendel, G‑d has enough generals—those who are learned and pedigreed. On the other hand, G‑d needs simple and loyal foot soldiers who, precisely in their simplicity, prove their infinite loyalty.

“G‑d places each person at their post. He has placed one person in the study hall and another in a small and remote village. You, Mendel, were selected by G‑d to be posted at an inn at a crossroads, so that you could serve up some warm kosher soup to weary travelers on a cold winter night and a cold cup of water on a sweltering summer day.

“No, Mendel, you will not stand before the Heavenly Court like a poor man. With no shame will you greet the angels. With you will be all the kosher meals you served to the travelers and all the warm beds you prepared. All the smiles and good words you exchanged will advocate for you. Return to the inn and fulfill the position that G‑d assigned specifically to you.”

Mendel followed the rebbe’s instruction and returned to the village. Shortly afterward, the inn returned to serving travelers and the revelers found other places for their parties.

Mendel returned to his old work, this time filled with the satisfaction of knowing he was a loyal soldier standing guard where he was most needed.

About the verse, “Love your G‑d with all your heart,” our sages explain, “Your heart should not be divided [i.e., at variance] with the Omnipresent (in Hebrew, ‘Al HaMakom’).

Rabbi Shlomo of Karlin comments: Makom can also mean space. Thus, our sages say that one should not be at variance with the space into which G‑d has placed us. Wherever a person is, they ought to serve G‑d. Some say, “If circumstances were different, I would serve, but under these conditions, I can’t.” This is a grave error; the circumstance was given to us by G‑d and if He placed us here, it is His will that we serve Him in these conditions.