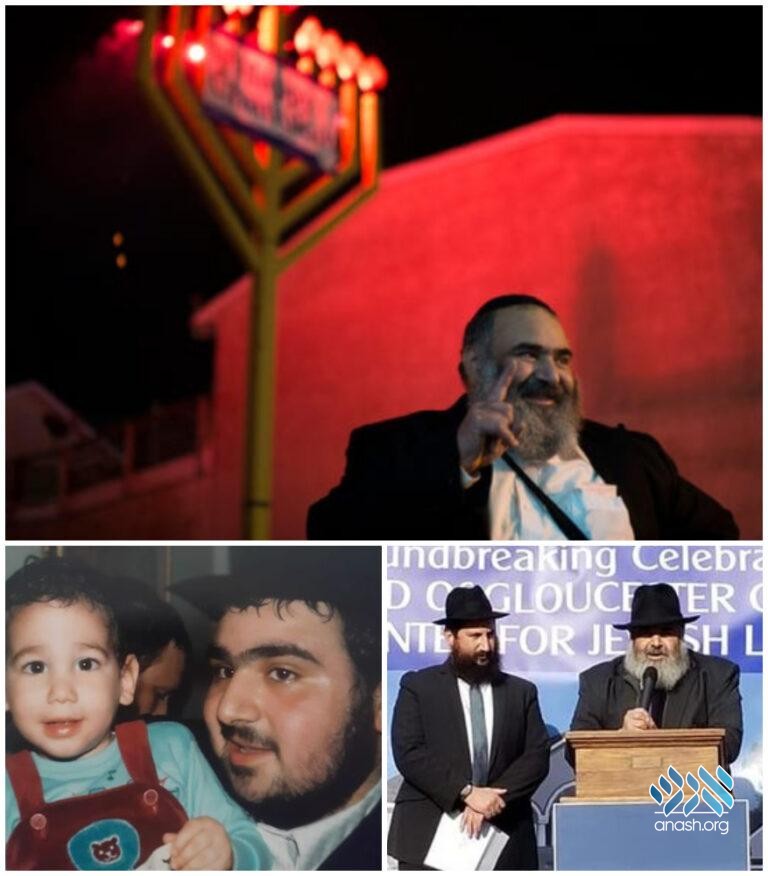 Anyone who knew my uncle, Rabbi Yisroel Rapoport knew that he literally gave a piece of his heart to anyone he met. He gave until he had nothing left for himself. This is how he lived his life. Constantly thinking of others and never looking for honor or gain.

I had a unique relationship with Yisroel. Not only was he my uncle, who for a time lived in my house when I was growing up, but he was my mentor too. He was the one who brought us to NJ on Shlichus, believed in us even when very few others would, took a special interest in every step of our journey, and would always encourage us with the greatest love possible.

That is why people, sometimes from around the world and even strangers, turned to him for guidance on every issue in their lives. Because they knew that he would empathize and care.

In my early years of Shlichus I used to daven at the Minyan in Vineland. There were a couple of members who would occasionally yell at him if things were not perfectly to their liking in Shul. This bothered me a lot and one night after davening I told Yisroel that I wanted to tell these guys off for treating him with such disrespect. “Let them be” he told me “They come to Shul directly from a long day at work, let them scream at me and let it out so they will go home and not scream at their wives.”

“I can handle it,” he said with his trademark smile.

Yisroel worked hours every day to make sure his Shul had a Minyan, and he would often pull up with 2 or 3 elderly Vineland residents who couldn’t drive to make sure he had enough for the Minayn. One of the reasons he worked so hard for a Minyan was so that he could say Kaddish for countless of souls who were once part of the Vineland community and who had no one else to say Kaddish for them. I was always amazed how he would remember each of their names and parents’ names as if they were his close relatives.

In fact, in one of my last conversations with Yisroel he called me and asked me to remind Sigmund, a 90-year-old former Vineland resident who was now a member of my community, that it was his sisters Yahrtzeit the next day. Being in a community consisting mainly of seniors, many of them holocaust survivors, Yisroel was tasked with dealing with lots of end-of-life issues. He would call me to help him with the Taharas (many times at midnight) and he taught me how to do this emotionally difficult Mitzvah in the most honorable and sensitive way.

Despite being one of the most challenging tasks a Rabbi might have, Yisroel never complained about having to officiate a funeral even though he would sometimes officiate 3 or 4 funerals a week. He was dedicated heart and soul to offer comfort to the families and make sure each funeral was unique and special, and then in his signature way, he would stay after the funeral to make sure to smile and say a kind word to the workers as well. He made them feel good about themselves and the work that they were doing.

The day of his passing I got a call from one of the Funeral directors in Vineland. He was crying on the phone as he told me “Rabbi Rapoport was family to us”. That is how Yisroel was, impacting every person he met with his smile and good humor.

Even while growing up, my siblings and I would meet people and when they found out Bubby (that’s how many of his friends knew him) was our uncle we would be regaled with one amusing story after another.

It’s not often that you meet someone like my uncle. If you met him even once in your life you would know exactly what I mean. His smile, his warmth, his magnetic personality and his unbridled kindness and genuine care for his fellow man were traits that few could aspire to.

And now, he is gone. Taken way too soon. He was just 55 years old with a young family!

Now it is our time to be there for the family he left behind. Because I know that that is what he would do for each one of us.

So please visit www.YisroelsLegacy.com to participate in this great Mitzvah. In the merit of this Mitzvah may Hashem send the Geulah so that we will all be reunited in Eretz Yisroel with Moshiach Tzidkeinu!