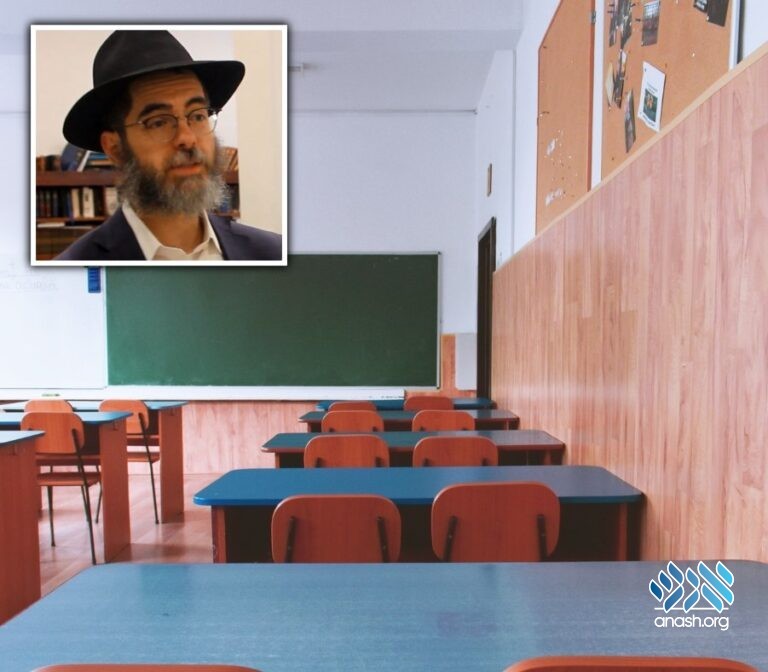 Several years ago, a majority of teachers at a Crown Heights school went on strike until certain terms were met. My daughter’s teacher showed up. When a student asked why she came, she responded, “I asked my rav who advised me to come, so I’m here.”

Several years ago, a majority of teachers at a Crown Heights school went on strike, refusing to come to school until certain terms were met. My daughter’s teacher, a young lady from Boro Park, showed up. When a student asked why she had decided to come and not enjoy the day off, she responded, “I asked my rav who advised me to come, so I’m here.”

I’d venture to say that the lesson this teacher taught her class that day with her simple and genuine remark was more valuable than anything else they may have learned from her.

In this week’s parsha, Yisro noticed that Moshe Rabeinu was judging and guiding the Yidden singlehandedly. “You will surely wear yourself out, not only yourself, but also this people,” he told Moshe. Instead, he suggested that Moshe should share the responsibility by choosing “men of substance, G-d-fearers, men of truth, who hate monetary gain…they shall judge the people at all times.”

The Ramban points out that “they shall judge the people at all times,” is a major component of this system’s design. If every question and query has to be brought before a federal judge, people will refrain from asking questions. The inaccessibility of answers will cause people to live with their questions and confusion. The solution is to teach people that there are levels and degrees in questions. Some must be brought before experts but many can be addressed by a local person, more easily accessible.

How many of today’s problems could be solved if we follow this advice?

﻿Countless rabbonim and therapists say that a huge proportion of issues brought before them could have resolved themselves had their clients had someone to talk things over with when the problem began. The issue ballooned because it festered, and it festered because the person was never taught the value of discussing things with a personal rav, mashpia or friend.

Your rav need not be the Moshe Rabeinu of his or her time. They need only be people “of substance, G-d-fearers, men of truth, who hate monetary gain.” These are people who care about you, not about their reputation. They care for you, not about becoming sensational.

With that in mind, let’s not shy away from accepting the role of mashpia either. If you have a caring heart, a listening ear, and truly desire what’s best for another Yid, you can, with the koach of Moshe Rabeinu, make the whole difference in someone’s life.

That young lady from Boro Park gave her students one of the greatest tools for life: Have a rav. Ask your rav. And then, follow your rav’s advice.