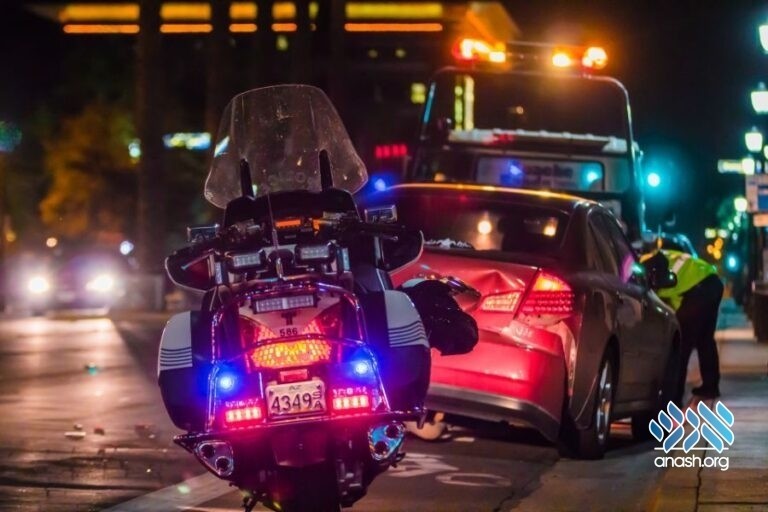 Today’s frum news media regularly use images and videos that are graphic, insensitive, and often downright gory. Where is the understanding, sensitivity, and compassion that is the hallmark of the Jewish People?

The Jewish world has no regulatory body, no guidance, and no supervision when it comes to media

If you know my name, then you know that usually I try to inspire people. Today I’m aiming for something different.

My career trajectory started out in sports — I was a wet-behind-the-ears, twenty-something agent chasing NBA sign ups. I then segued into sports-related law and marketing and took a sharp turn and unusual from there. Today I am proud to say I am the founder and CEO of the Meaningful Minute.

Five years ago, in an effort to share my own search for inspiration, I started assembling short, one-minute inspirational videos from famous speakers and sent them out to what turned out to be an ever-expanding list of subscribers. Meaningful Minute grew organically and now the site provides a spiritual and emotional message to tens of thousands of Jews all over the world, every single day.

I also co-host of a weekly podcast called Meaningful People, whose mission is to introduce influential, impactful and meaningful people in the Jewish world to a broad audience. Suffice to say that I’ve had a lot of exposure to social media and I am positioned to bring up a very worrying and distasteful issue facing our contemporary Jewish community.

In the secular world, the Federal Communications Commission (FCC) regulates cable, radio, television, satellite, and wire communications. Networks and media sites have boards that direct, guide, and limit their content. You can be sure that Fox News has policies and internal directives that dictate what gets televised and broadcast. Media that does not fit its criteria get shut down.

Unfortunately, Jewish media is running way behind. The Jewish world has no regulatory body, no guidance, and no supervision when it comes to media. And it’s grown all too clear that it can’t be trusted to police itself. Today’s frum news media regularly use images and videos that are graphic, insensitive, and often downright gory.

Example: The recent terror attacks in Bnei Brak. Some guy stood on his porch and videoed a terrorist approaching a vehicle and shooting its occupant at point blank range. Why he was standing on his mirpeset videoing a terrorist attack is a question in and of itself. But aside from that, the video was posted online… and probably followed by a banner ad touting “Passover in Cancun.” Where is the understanding, sensitivity, and compassion that is the hallmark of the Jewish People?

A second example: About a month ago, the father of a large frum family passed away in a car accident. A photo of the niftar was immediately posted announcing the news. It happened so fast that it’s likely the family was only just being informed. The post ended with a note offering to keep the reader current on news in that community by clicking on a new media site for evolving news and notifications. Essentially, this new media site was using the niftar’s image to build its subscriber base and gain more followers.

This callous insensitivity erodes and contradicts our values as Jews. If someone is killed, does the whole world need to see the murder in action? Is there no regard for the family and friends who will suffer?

It is open season for Jewish media, and sites will post anything. Boundaries are being pushed all over the world and in all areas of life. This kind of reporting desensitizes us as people and as a community. Not only that, but kids and teenagers are watching this stuff and it will keep them awake at night — probably for many nights. And if they are not kept awake, and think what they’re viewing is just standard fare, then we have an even bigger problem.

Our culture tries so hard to do what’s right. We respect people’s sensitivities not to view pictures of women, but we have no compunctions about posting images of lifeless people or depraved behavior. It’s so backward. These platforms serve us, yet they benefit from what has become a new level of sick.

We need to up our standards. If not, the future is not safe for ourselves, our children, or Klal Yisrael.  As I see it, we have two options. Neither requires a lot of funding, big asifos, or a lot of noise.

Option 1: The players at the big Jewish media sites can get together in a closed-door meeting and draft guidelines that they’ll all adhere to. It is time to establish strong moral standards.

While we’re all waiting for Option 1 to kick in (!) we can consider Option 2. Media sites depend on their advertisers for support and to keep their sites viable. Customers influence advertisers. By applying pressure on advertisers, they can, in turn, mount pressure on media sites to limit violent or inappropriate content. Organizations, retailers, and businesses can be convinced by their customers — that’s us — that foul media images will not be tolerated, and that limits must be set. We must impart the message that vulgar reporting is not moral and is not okay. When advertising money gets pulled, media sites will listen.

Our status quo must be addressed, and in reality, doing so is not that hard. It may demand backbone, discipline, and self-control, but every reader and subscriber has the ability to correct this situation. If you click on something that features inappropriate or insensitive material — immediately click “Unsubscribe.” Shoot an email to the biggest advertiser on the page and tell them what you think. A collective effort can change the landscape of Jewish social media. Let’s take a stand — because our deepest values are at stake.

Reprinted with permission of Mishpacha Magazine