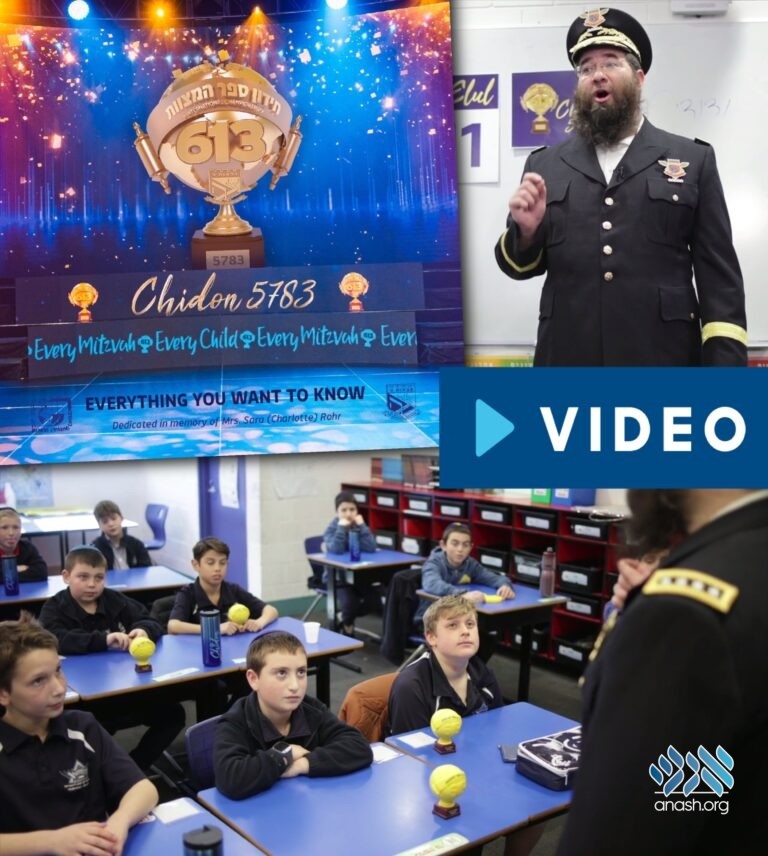 This year, the Chidon registration opened even before the school year has begun. Chidon Director Rabbi Shimmy Weinbaum explains the reason behind it.

In previous years, the enrollment started after school starts. This year, however, the Limmud schedule is starting early on Thursday, 12 Elul (September 8), and as such, the enrollment is opening earlier as well.

As such, Tzivos Hashem HQ are making a campaign to get as many children as possible signed up by Tuesday, 3 Elul (August 30) so that the children can have their books when the Limmud starts.

The best way to explain the pressing need for this is to display what a child would feel like when the Limmud starts and they don’t have their books, as shown in the video below.

“While children can always catch up if they start later on, we don’t want children to struggle”, says Chidon Operations Director Rabbi Mendel Wolowik.

Each school has already received a wealth of marketing materials and will be reaching out to the parents in their school to get their children enrolled.

Last year, 6085 children signed up. The Chidon hopes to grow that number this year.

Boruch Hashem, many children have already enrolled, keeping the shipping department busy preparing the books to be shipped.

If you have not yet enrolled, enroll now!