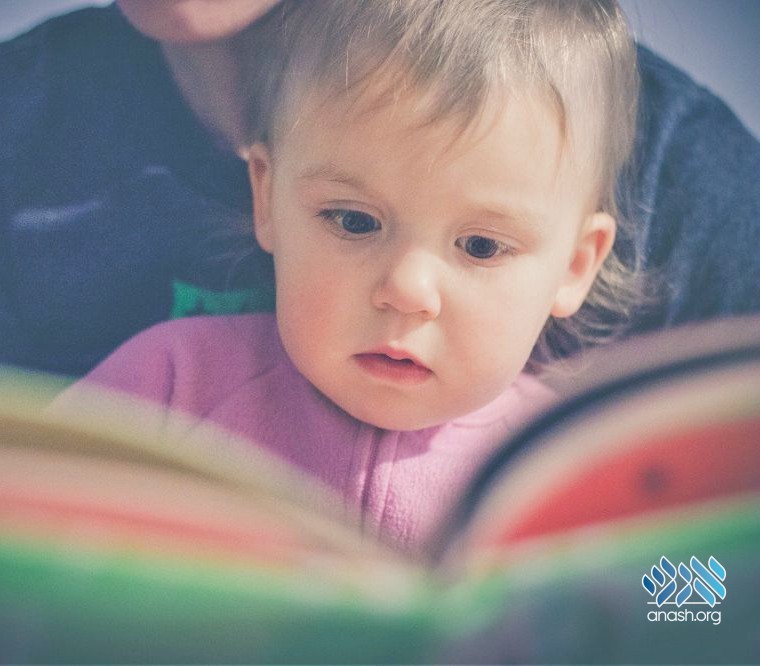 A cynical question posed to Mrs. Chana Sharfstein sparks a discussion about the value of carefully selecting what we allow into our lives.

“Do you believe in censorship?” she asks. I detect a note of sarcasm, a tone of defiance. Instinctively I realize that a simple, direct affirmative response will not suffice in this situation. An answer of Why is required to meet the implied challenge. And so, in the traditional Jewish way, I answer her question with another one.

“Do you believe in learning about good nutrition?” She looks puzzled. She absolutely cannot detect any relationship between the two questions. She sounds annoyed as she answers, “Of course it is important to know about nutrition. I subscribe to health magazines, I read articles in various journals, and I try to be well-informed and up-to-date on the subject.”

We enter a discussion about nutrition, a peaceful, agreeable one. We know that one of the basic, most important functions of the woman in the household is to supply the family with well-balanced meals. Health foods are worth investigating, we agree.

“Interesting,” I note, “that while you are so concerned about the physical needs of your family, you disregard their moral needs. Are these needs insignificant in your opinion?” She views me haughtily with raised eyebrows. “Would you allow your child to live on a diet of soda, ice-cream and potato-chips?” I ask. The answer is a definite No. In this area the child cannot have freedom of choice. He doesn’t understand the daily requirements of his body. “Would you allow your child at age five to cross a major thoroughfare?” Again a sharp no. Of course not. He would endanger his life. He would he too young to use good judgment. “Would you allow your child to play outside on a frosty, winter day dressed in thin summer clothes?” Another firm No, and as this point she is growing angry with my elementary questions on basic child-rearing.

“Obviously you are very concerned about your children’s well-being,” I observe. “But how can you be an effective parent without considering moral development. You feel justified in imposing restrictions in the area of your children’s physical needs. Isn’t it equally necessary to act as a guide and protector in the area of morals? Isn’t the food for the mind as important as the food for the body?”

For that matter, a thinking person never lets down his guard and protects his well-being all through life. Do we stop caring about our nutritional needs, exercise, and other good health habits at age seventeen?

The concept of censorship has a derogatory connotation in the modern world. It implies police-state, bigotry, old-fashioned traditionalism and a frowned-upon moralistic outlook Censorship sounds Un-American. The theme of today is Freedom. Be yourself. Don’t listen to your parents. Don’t accept what society attempts to impose on you.

These themes are repeated in a variety of forms and settings, in the mass media, literature, music and entertainment field. By covert and overt means both young and old are exposed, in fact overexposed, to this idea. The new interpretation of freedom infiltrates all areas of life, even our homes, sometimes in the most subtle, hard-to detect ways.

Let us pause for a moment to attempt to define this new freedom. A young man is taking a year off to “find himself.” He has been restricted by his family and educational institutions during his adolescent years. Before settling down in a job or career, he must have a year off to find himself.

Why, I wonder, can’t he look into himself instead of searching outside? Isn’t he taking his confused self with him wherever he goes? Won’t he become more lost, perhaps, in strange surroundings? Where is he? I am tempted to play a childish game—Knock Knock, is someone inside?

The young woman’s outfit reveals more than it conceals. She proudly proclaims that she is in full agreement with the ideology of the woman’s liberation movement. She wants to be considered a person, not a female, and absolutely not an object. She is free to dress as she chooses, why does she dress to attract attention to her femaleness if her stated objective is acceptance as a human being on equal footing with the male? Why the contradictory emphasis on exposing her femininity?

The sweet, innocent young children are singing in their thin, high voices, “Free to Be, You and Me,” a very popular song from a widely acclaimed T.V. special and a fast-selling recording. They are too young to understand, but already they are being indoctrinated with the need to be “free.”

Can you, our dear children, be free without knowing who you are? Free to be what? Wild, untamed, uncivilized? Why compare yourselves to the rivers, trees and clouds? Were we not created separate and apart from the physical elements and all other living creatures? Wasn’t there a specific reason for being given the ability to know right from wrong? Shouldn’t we, furthermore, use this ability as rational, human beings to elevate ourselves from the levels of animals? Do we want to be ruled and enslaved by whims, urges, and lusts, or do we seek to develop our intelligence to make informed judgments and decisions?

The psychologists speak of the importance of “self-knowledge.” Doesn’t the fact that the human infant is more totally dependent upon his parents for a longer span of time than any other living offspring imply that we, as parents, have an obligation to guide and direct our youth?

Our sages say, “Know where you came from. Know where you are going. Know to Whom you are to be held responsible.” This knowledge of roots and tradition will provide direction in life. Self-awareness will bring the freedom to be true to one’s total self.

The gum-cracking, finger-snapping, swaying bodies of the adolescents as they listen enraptured to the rock music—Are they free, I wonder. They seem to be enslaved by the music. Are they happy or are they trying desperately to become, or at least, seem happy? Is there an undercurrent of self-hypnotism? Is the music so loud because they want to drum out reality?

The large number of youngsters who seek freedom in the world of drugs are surely not aware that they will find neither freedom nor happiness. There will perhaps be illusionary moments of tranquility in the dream-like trance, but it is a road of self-destruction. The world of reality will become even more difficult to cope with. Experimentation with drugs—is that freedom? I would term it enslavement of body and mind.

The uniformly attired young people who utter the same ideas, in the same type of language, with the same urgency for communicating, proclaim in one protesting outcry their uniqueness and individuality. I smile. Do they ever listen to each other? Do they ever look at one another? They mirror each other’s looks and ideas to almost total perfection. To me they appear as a highly structured group wanting to be completely non-structural. Is this freedom?

Who is Truly Free?

What is this much-heralded freedom? Is anarchy freedom? Is freedom the negative of responsibilities? Is it freedom to remove oneself from the world of reality to the fantasy existence of drugs? Is it freedom to involve one’s self in immoral and amoral situations? Is it freedom to shout Individuality while adopting what psychologists refer to as the theme of “otherness”, the urgent need to be like everyone else combined with an inner deep fear, or perhaps even inability, to be oneself.

Who is Free? I know that I am Me. Of course I live by rules, but my choice in doing so is a free one. I want to grow in self-knowledge. I must continuously search ever more deeply to learn the message life has for me—A Jewish Woman. This is Freedom.

“Yes,” I respond, “I definitely believe in censorship. Particularly today, when immorality and indecency are becoming an integral part of our world, we must closely scrutinize everything that touches us and our children to hinder contamination. More than ever before, we must educate ourselves and our families in the ways of the Torah. We must acquire a Jewish education in depth to enable us to overcome and survive in these surroundings. Prevention in the spiritual realm of morals must become as widely accepted as good nutrition in the physical realm. And then we can be free—FREE to Be You and Me.