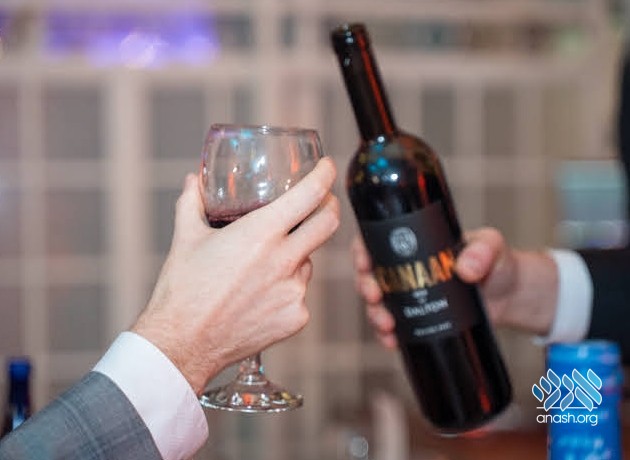 Chinuch and the Parsha by Rabbi Shmuel Wagner: When looking closely at some of the messages of this weeks parsha, we seem to find that we celebrate a failure, a lack of success. In fact, it’s a Torah lesson how to fail successfully.

Every year on Tes Iyar, the extended Goldberg family has a custom to get together at the home of the family patriarch and partake of a festive meal, the main dish of which consists of two potatoes.

The family has been doing this every year for the past seventy-odd years, and no one in the family quite knew the reason behind this family tradition.

One year, a few of the grandchildren mustered up the courage, approached their grandfather and asked, “Zeide, why are we eating two potatoes? What happened on Tes Iyar?”

The grandfather leaned back in his chair, and with a nostalgic look in his eyes, began his tale:

“When I was a young Bochur back in the Alte Heim, I suddenly fell dangerously ill. From all the best of the doctors with whom my family consulted, none were able to diagnose, and certainly not cure, this terrible ailment.

“One day – it was Tes Iyar – a Rebbe was passing through our town, so I went over to ask him for a Bracha to be cured from this disease.

“The Rebbe looked at me and closed his eyes. After a moment, he opened his eyes and slowly said, ‘Potato, Potato’.

“So,” the Zeide anticlimactically concluded, “I ask all my descendants to eat two potatoes with me every year on that day, to commemorate the miracle.”

The grandchildren, listening intently, were waiting with bated breath to hear the end of the story, but none was forthcoming. Bewildered, they asked their grandfather, “We don’t understand. To commemorate what miracle? Were you healed through that Bracha?”

“No, certainly not,” Zeide answered nonchalantly, “In fact, I was sick for a full year after. The next year, I went to a specialist in the big city who performed an operation, and from that I was Boruch Hashem healed.” And with a definitive nod of his head, Zeide made it clear that the story had ended.

“So, why are we eating two potatoes if that did not even help?!”

As ridiculous as this fictitious fable sounds, do not laugh just yet. We all do basically just that every Pesach.

As every child knows, the four cups of wine we drink commemorate the four beautiful expressions of redemption, found at the beginning of this week’s Parsha.

What are we commemorating?! If you look in the Parsha, these four expressions of Geulah did not seem to accomplish anything at all! Moshe was told to relay this powerful prophecy of Hashem’s salvation to the Yidden, and what was the result? “ולא שמעו אל משה”! As some of the Meforshim explain, not only they did not listen and accept Moshe’s words, but furthermore, they did not even hear Moshe’s words; the Yidden were so entrenched in their Galus, that words of relief, rescue and respite could not at all resonate in their ears. Their lives reflected nothing but pain and suffering, and they could not fathom the possibility of anything else.

In fact, the Yidden would still be stuck in Mitzrayim for the following full year, and it would take no less than ten Makkos to bring Pharaoh to his knees and let them go. Ha! If anything, we should drink ten cups of wine, to commemorate the ten Makkos that accomplished our freedom!

What is the significance of these four ineffective expressions that they elicit four cups of royal drink? Are we possibly celebrating failure?!

Perhaps, the answer is indeed exactly that.

Pesach, when we set out to fulfill the Mitzvah of “והגדת לבנך”; when we wish to transmit our true traditions to our children, we make a point to celebrate failure.

Obviously, it is all about the mindset with which we experience a failure. If a failure is just that – an end to what was – there is nothing to celebrate. But if a failure is a springboard, an invitation to grow, a beginning of what can be, an opportunity to discover things about yourself that you would have otherwise never known, then a failure is but another step in Hashem’s master plan, and Hashem’s plan is always, only good.

Displayed prominently in my classroom is a large sign with but a single line from Gemara: “אין אדם עומד על דברי תורה אלא אם כן נכשל בהם”, a person does not understand words of Torah unless he first stumbles in them. This means, as I constantly remind my students (and myself), that more than reviewing, more than homework, more than writing down what you have learnt, Torah tells us that the most effective way to connect to our learning is by first making a mistake. Not that we can plan on making a mistake, because making a mistake on purpose is oxymoronic. But, when Hashem deals you an error, when you fail a test in learning or in life, you are now in a powerful position to prevail and produce more than perceived possible.

Life contains failures. To live life is to embrace failures, recognizing them as potential successes, and living up to the mission of transforming them to be as such.

When we sit around the Seder table, reclining and reveling in relaying our reality of royalty, we teach our children, and ourselves, that the process of growth includes embracing the journey of the four failures.