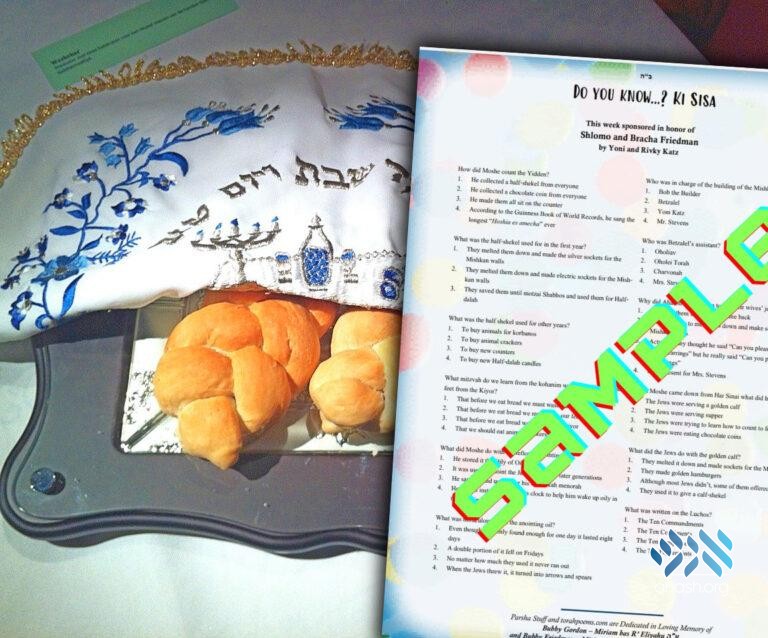 After a year of being sent to an exclusive group, Silly Parsha Questions, a printable page of questions on the weekly parsha – but with silly, and sometimes hilarious, multiple choice answers, are now available for everyone.

About a year ago, most of the world began a 15 day lockdown, and people were looking for reasons to smile.

Silly Parsha Questions was pretty much what it sounds like – a printable page of questions on the weekly parsha – but with silly, and sometimes hilarious, multiple choice answers.

The response to the weekly page was fantabulous! It brought much needed joy and smiles to people’s homes, and it got everyone to look forward to parsha question time!

Here are a some samples of the feedback for the Silly Parsha Questions:

Yossi G. from Hallandale Beach, FL said, “Thank you so much for sending these! My Shabbos meal has never been so fun!”

Ushy B. said, “I cannot tell you how much we appreciate the silly parsha questions. They are so amazing! I guess i just told you…”

Don T. said, “What a great way to teach the parsha and keep the kids interested. It makes a yuge difference. Yuge!”

Chanaleh R. said, “My whole family was laughing out loud! And we actually love tofu!”

Minnie Vahn said, “I think I got this email by accident. I did not understand one word.”

And now, after a year of being sent to an exclusive group, the Silly Parsha Questions, along with an exciting parsha poem, are available for everyone!

You can subscribe to get them both emailed to you weekly by signing up at www.torahpoems.com

Do it now, before it rains.