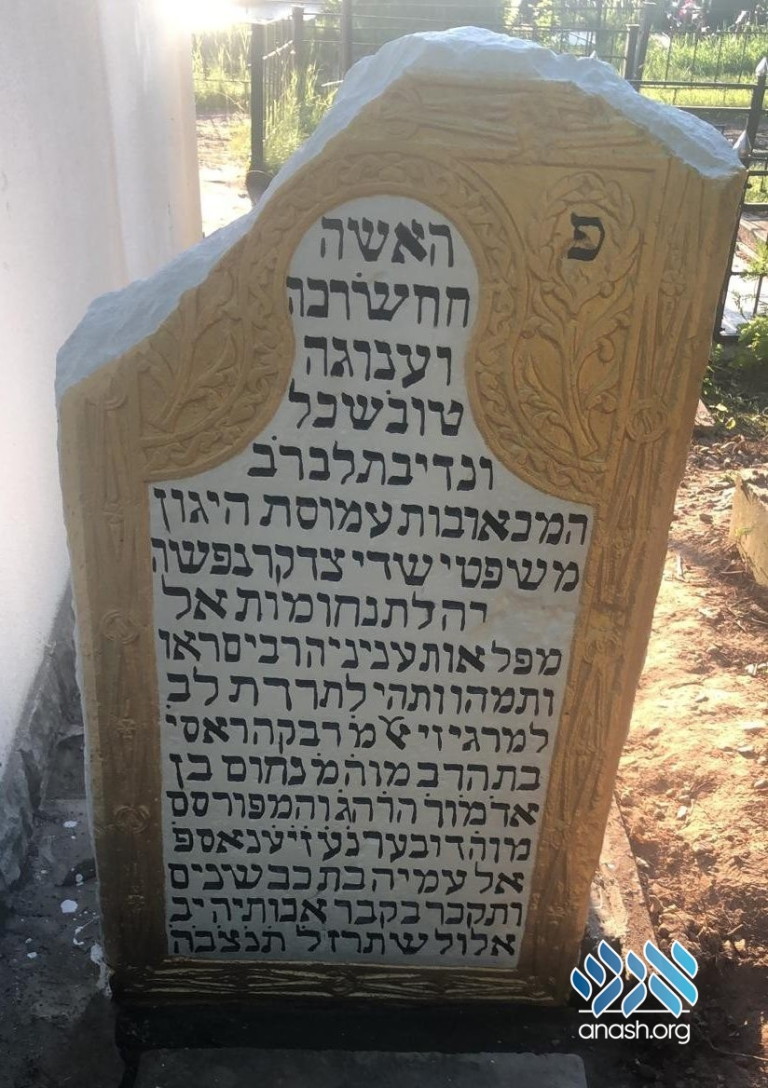 Following yesterday’s post about the revelation in Nyezhin, we’ve received several e-mails with hints as to the identity of Rivka Rasya.

The most compelling account we received informed that she was married to Rav Naftoli Halberstam, whose father Rav Yechezkel of Shineve was the oldest son of Rav Chaim Halberstam of Sanz, also known as the Divrei Chaim. This account is mentioned in other, non-Chabad sources as well. It seems they married in 5618/1858. Rav Naftoli passed away on 21 Kislev 5624/1864.

Sefer Hatzetzoyim, a chronology of all descendants of the Alter Rebbe published a few decades ago, does not mention this. Like Rivka Rasya, Reb Naftoli was niftar at a very young age. The couple had no children.

After Rav Naftoli’s passing his father Rav Yechezkel of Shineve published his chiddushei torah in a sefer which he named אילה שלוחה.

There is one challenge to this account: according to the matzeivah, Rivka Rasya passed away at the age of 22 in 5637/1877, which means she could not have married twenty years prior. Then again, the matzeivah had to be “recreated,” after the letters faded over the years.

If this account is correct, it was not the first shidduch between the two Rebbishe families. Rav Yechezkel’s sister Reize was married to Rav Mordechai Dov of Hornesteipel, whose maternal grandfather, Rav Yakov Yisroel of Cherkas was the Mitteler Rebbe’s son-in-law.

Rivka’s mother, whom we now assume was the Cherkasser’s daughter Sura Frieda, became the Mitteler Rebbe’s daughter-in-law when she married her uncle, Reb Menachem Nochum.

In later years there were more shidduchim between the Sanzer and Hornosteipler families. Rav Sholom Lazer Halberstam of Ratzfert , son of the Divrei Chaim, married Sara Miriam Twersky, daughter of Rav Mordechai Dov of Hornosteipel. Two of her daughters – Chaya Fradel and Brocha Sima – were the mothers of the late Bobov and Satmar Rebbes, respectively.

Another shidduch between the two families occurred with the marriage of Devorah Leah Halberstam, daughter of Rav Benzion of Bobov to Yakov Yisroel Twerski of Hornosteipel.

A bit confusing? Perhaps. But certainly worth the effort!