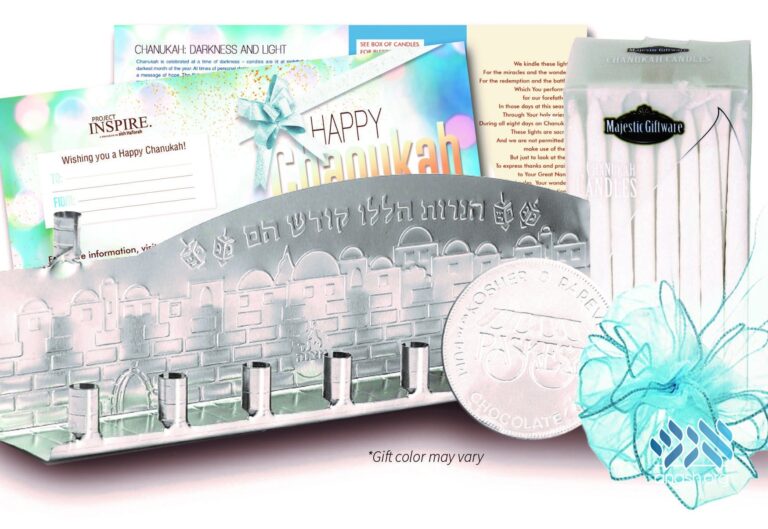 From the Anash.org Inbox: The idea of a “proprietary” design is quite common in the world today, especially when it comes to technology. But the Rebbe didn’t ascribe to the idea of “proprietary Judaism,” and neither should we.

By Chaim S. for Anash.org

Recently, a friend shared with me forwarded me an initiative by Aish.com’s “Project Inspire” geared at reaching out to fellow Jews: a “Chanukah gift” featuring candles, gelt, and an instantly recognizable, foldable metal Menorah.

At first, I thought, “Hey, they took our idea! And they don’t give credit to the ones who came up with it!”

But the more I thought about it, the more I realized that this isn’t the Rebbe’s approach.

The idea of a “proprietary” design is quite common in the world today, especially when it comes to technology. The logic is simple: I designed something, I originated it, you can’t use it. Too often, I’ve heard the sentiment of “proprietary Judaism” voiced, thoughtlessly, whenever people hear about Mivtza Tefillin, or Shabbos, or Neshek, being spread by “others” under the label of “kiruv.” Since the Rebbe, “our” Rebbe, originated an idea, the thinking follows that only “we” should carry out his directives.

But I think it’s clear to every chassid that the Rebbe was everyone’s Rebbe. The call to spread his Mivtzoim is everyone’s mandate. The Rebbe didn’t ascribe to the idea of “proprietary Judaism,” and neither should we.

As Chabad chassidim, we’re all too familiar with the opposition we faced throughout our history. From the Alter Rebbe’s imprisonment in czarist Russia to the infamous seforim case in more recent years, we have experienced quite a bit of antagonism. It seems, in a way, that in responding to the difficulty we have created this “us vs. them” kind of thinking. But, by the same token, when goodness and truth prevails, it is a reason for increased happiness.

We’re in the business of bringing Moshiach, no matter what flag we fly. And when the Rebbe’s call is taken up, on Chanukah, by those who had once been resistant to it… I can’t think of anything more beautiful than that.