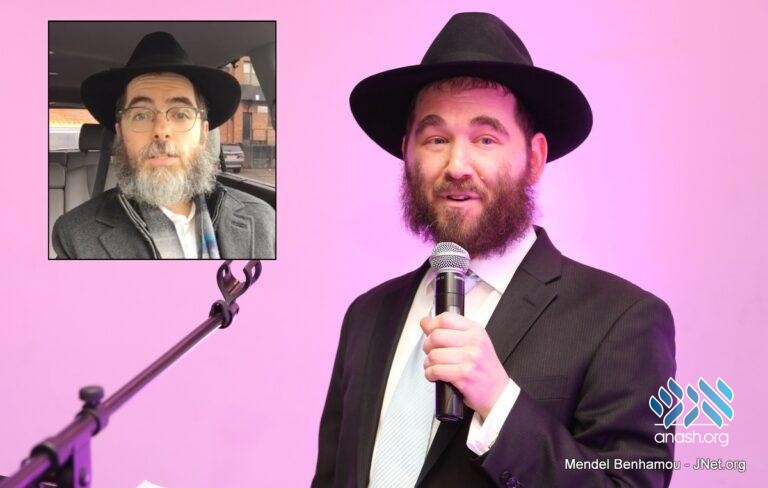 “Yudi had an unquenchable thirst for mitzvos, but that doesn’t adequately describe him,” writes Rabbi Motti Lipskier. “He knew that you start living when you begin giving, and he wished this life for every single person.”

In early Elul, I went to visit my childhood friend Rabbi Yehuda (“Yudi”) Dukes at NYU. He had been battling Covid-19 for over six months and was finally able to have a few visitors. He was extremely fragile but excited to be able to eat soft foods, so I texted him, offering to bring him a smoothie or ice-cream.

“Bring a shofar,” he painstakingly replied. “I heard shofar on the phone, but I would love to hear in person.”

Yudi had an unquenchable thirst for mitzvos, but that doesn’t adequately describe him.

Over the next few weeks, I tested positive for Covid-19 and couldn’t visit him so we spoke over the phone. He enjoyed telling me the Torah insights he’d come up with and asked if I’d be able to type them up for him.

One day after Sukkos he told me, “You know that the four minim represent four types of Jews, and the aravah (willow), which has no taste or fragrance, represents the Jew who has neither mitzvos nor Torah. But how can it be that a Jew has not even a single mitzvah?!” He then explained that over the past few months he felt that he had been an aravah. In a coma, he was unable to utter a word of Torah or do even a single mitzvah.

It sounded like he was feeling down on himself, but that wasn’t like Yudi at all. He continued: “One of my Jewish doctors explained to me that the bark of the willow tree was used as a pain reliever. This got me thinking that even an aravah can have a good influence.”

He went on to say how happy it made him to know that while he was comatose, thousands of people were inspired by him to do more mitzvos and study more Torah. He was so proud that his wife was able to turn their sorry situation into a means of inspiring others.

Yudi had not only an insatiable thirst to learn Torah and do mitzvos himself; he had a never-ending passion to give Torah and mitzvos to others as well.

Most hospital patients, and especially those in the ICU, are recipients. They need others to give them time, love, and care. But Yudi was different. Even as a patient, he was not only a taker, but a giver. It became protocol in his hospital room that anyone – from the nurses to the head physician – who came into his room took a coin from a bowl sitting there and put it in the adjoining pushkah.

He shared Torah and inspiration with everyone in the hospital. The non-Jewish staff knew to be prepared for an inspiring sermon every time they checked up on him.

During my first visit with Yudi in the ICU, I got a frantic phone call from a Chabad shlucha. She had just been notified that the patient in the next room had passed away and no one was there to guide the family, so she asked me if I could help.

I felt bad leaving Yudi, but when he heard what was going on, he insisted. “Tell them to take on a mitzvah in her honor.” I did as he requested, and the family was indeed very moved and touched that someone in Yudi’s state was concerned about them.

The Lubavitcher Rebbe taught that living is giving. And that is what bothered Yudi so much about being an inactive aravah. And that’s why he was so happy to discover that an aravah, too, could be a giver. “Hashem allowed me to be like an aravah and heal others,” he said so humbly, “and now that I’m awake, I need to keep on giving and healing.”

But this still doesn’t capture my friend Yudi.

For approximately 15 years, Yudi directed JNet, a dynamic program operating out of Chabad Lubavitch Headquarters, pairing thousands of Torah study partners around the globe. Given his love for Torah and the passion to share Torah to others, it’s no wonder that running JNet was his calling.

What thrilled Yudi most with his JNet work was when a student reached the point of knowing enough to become a teacher. I distinctly remember meeting him in 770 one morning and seeing his face beaming. He had just received an e-mail from a former JNet student informing him that not only had he began teaching others, but his daughter had now become a teacher. Yudi’s joy knew no bounds. This was a dream come true for him.

Yudi had not only a thirst for Torah and mitzvos, and not only a passion to give it to others; Yudi had an endless dream of others becoming givers. He knew that you start living when you begin giving, and he wished this life for every single person.

Hashem took Yudi from this world, but his life continues through our actions. Every one of us can continue what he started and reach out to other Jews, teach them, heal them, and lift them up so they too can give to others.

I can’t begin to imagine how much someone like Yudi will be missed by his wife, his six children, and other family members. Only Hashem can provide them with true comfort. But if I know Yudi, he’s not content in Gan Eden. I can only imagine that he’s rallying for Moshiach to come and bring him back so that he can once again teach the world about Hashem. May that day come to pass very soon.