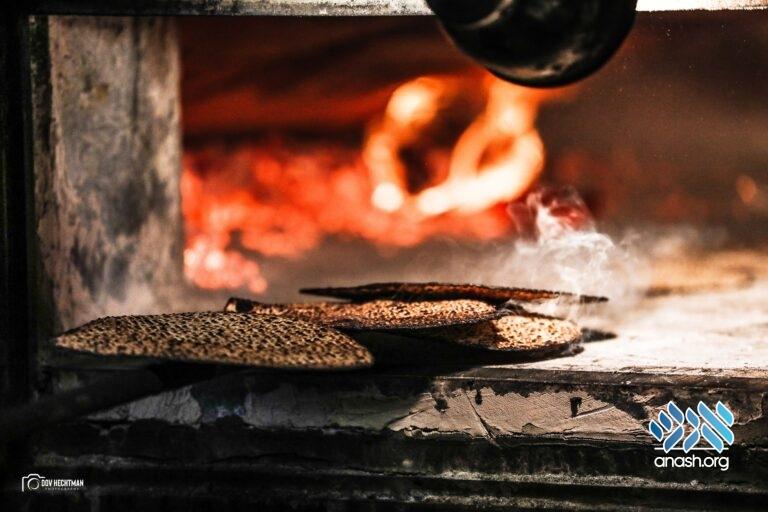 Although the common practice in Chabad is to eat matzah on the day of the 14th of Iyar, the Rebbe also encouraged people to eat matzah a second time.

Pesach Sheini marks the day when Yidden who were unable to participate in the Korban Pesach on the 14th of Nissan would fulfill the mitzva exactly one month later on the 14th of Iyar.

A year after the Yidden left Egypt, Hashem instructed the Jewish People to bring the Pesach offering on the afternoon of the fourteenth of Nissan, and to eat it that evening, roasted over the fire, together with matzah and bitter herbs, as they had done the previous year just before they left Egypt.

The Torah tells us that “There were, however, certain persons who had become ritually impure through contact with a dead body, and could not, therefore, prepare the Passover offering on that day.”

They approached Moshe and Aharon and said: “Why should we be deprived, and not be able to present G‑d’s offering in its time, amongst the children of Israel?’”

In response to their plea, G‑d established the fourteenth of Iyar as a day for the “Second Passover” (Pesach Sheni) for anyone who was unable to bring the offering on its appointed time in the previous month.

Accordingly, Pesach Sheini represents the “second chance” achieved by teshuvah, the power of repentance, and “return.” In the words of the Frierdiker Rebbe, “Pesach Sheini means that it’s never a ‘lost case.’”

In Igros Kodesh, the Rebbe writes that the custom in the Frierdiker Rebbe’s household is to eat matza on 14 Iyar during the daytime meal:

“With regard to your question whether it is customary to eat matzah on Pesach Sheni… our custom — based on the custom of the Rebbe Shlita’s household — is to eat matzah during the meal on the day of the 14th of Iyar.” (Igros Kodesh, Volume 2, page 352.)