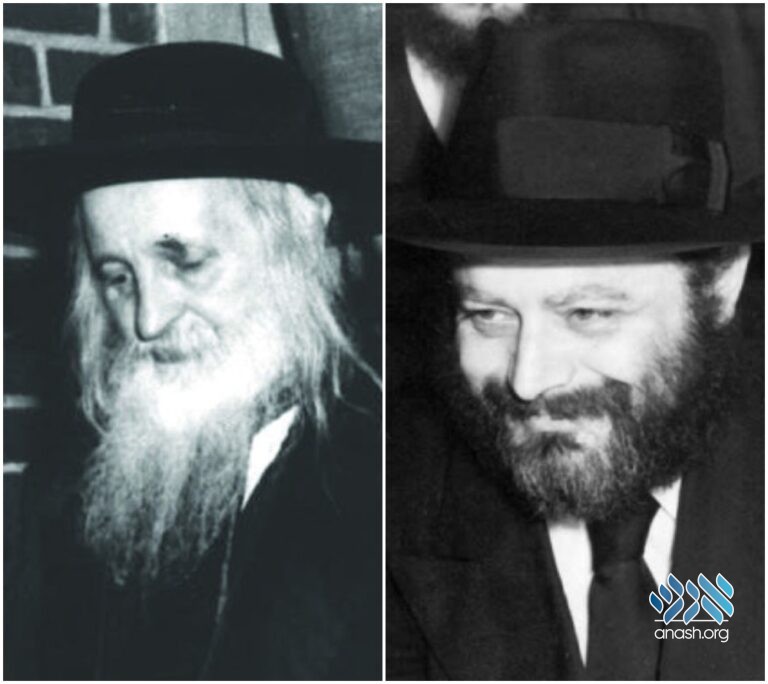 The Rebbe and the Satmar Rov, whose yahrzeit is today, 26 Menachem Av, met on two occasions, each paying a visit when the other was sitting shiva.

Satmar Chassdim are commemorating today the yahrzeit of the Satmar Rov, Harav Yoel Teitelbaum, who passed away on the 26th of Av, 5739/1979.

The Rebbe and the Satmar Rov met on two occasions, neither of which was joyous. The first occasion was when the Satmar Rov was sitting shiva for his only surviving daughter, Chaya Roiza Teitelbaum, who passed away on 14 Cheshvan 5714/1953. The Rebbe traveled to Williamsburg to be menachem avel the Satmar Rov.

The Satmar Rov asked the Rebbe – among other things – why Nittel is “observed” by Jews according to the secular calendar. The Rebbe responded, that since the concept of not learning on Nittel is so not to give chayus on that day, the sensible thing to do would be to go according to when non-Jews observe it. And so is the minhag Chabad.

When Rebbetzin Chana passed away on Vov Tishrei 5725/1964, the Satmar Rov came to Crown Heights to be menachem avel the Rebbe. Part of what was then discussed was the question whether an avel can go to the mikveh on Erev Yom Kippur.

In later years the Rebbe once said that he and the Satmar Rov were always on good terms, that it was others that caused the strife between them.