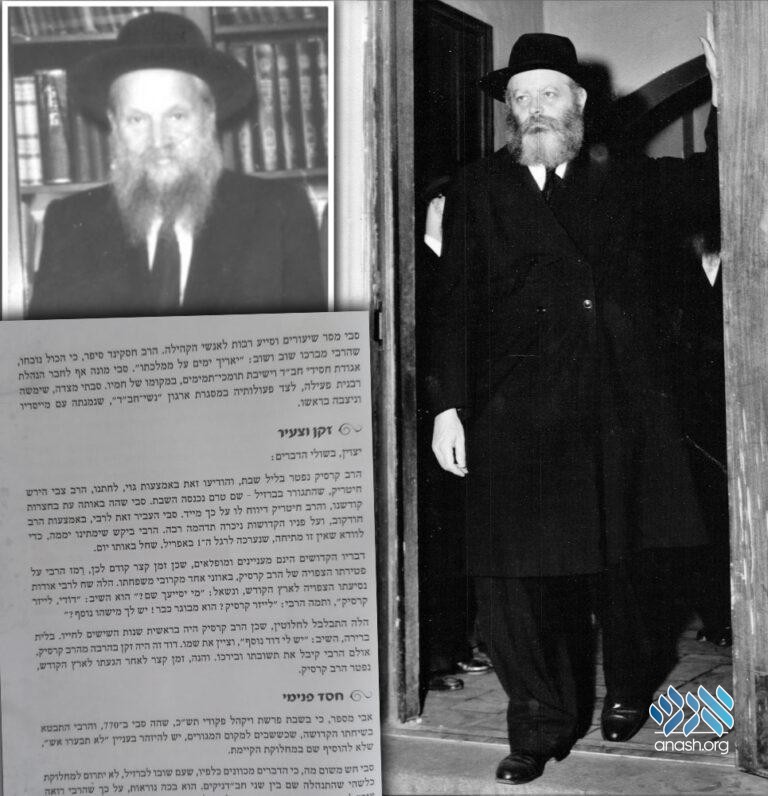 In many countries across the world, the first of April is a day for pranks and hoaxes. In 5720, in what could only be described as a “baalshemske” story, the Rebbe asked to confirm if news that had been told to him on that date was accurate, or perhaps a prank for the day.

In many countries across the world, the first of April is a day for pranks and hoaxes. Known as April Fools’ Day or April Fool’s Day, the annual “custom” on April 1 consists of jokingly playing harmless practical jokes on friends and acquaintances.

In 5720, in what could only be described as a “baalshemske” – heavenly – story, the Rebbe asked to confirm if news that had been told to him on that date was accurate, or perhaps a prank for the day.

The story took place in the beginning of Nissan 5720. On Friday night, Hey Nissan, the renowned chossid and Chabad activist Rabbi Leizer Karasik passed away.

Immediately after his sudden passing, his family had a non-Jew call his son-in-law Rabbi Hirshel Chitrik, who lived in Brazil, where Shabbos had not yet begun. Rabbi Chitrik in turn relayed the news to a bochur at 770 in New York so he could inform the Rebbe.

Hearing the news, the Rebbe reacted with astonishment. The Rebbe then requested that the news be confirmed after a day had passed, to make sure it wasn’t a prank for April 1st, the date of that Friday…

What is especially extraordinary about the story is an encounter that had taken place just a few days earlier.

Just a short while previously, a member of Rabbi Karsik’s family visited the Rebbe and told him about his expected trip to Eretz Yisroel. When he was asked by the Rebbe who will assist him in Eretz Yisroel, the relative responded that his uncle, Leizer Karasik would.

When hearing his answer, the Rebbe responded in bewilderment? “Leizer Karasik? He’s older already! Do you have anyone else?” This was when Rabbi Karasik was in his early sixties.

The nephew, totally confused, responded with the name of an older uncle, to which the Rebbe accepted, seemingly foreseeing that although younger in years, Reb Leizer would not be able to help his nephew and the older uncle would…