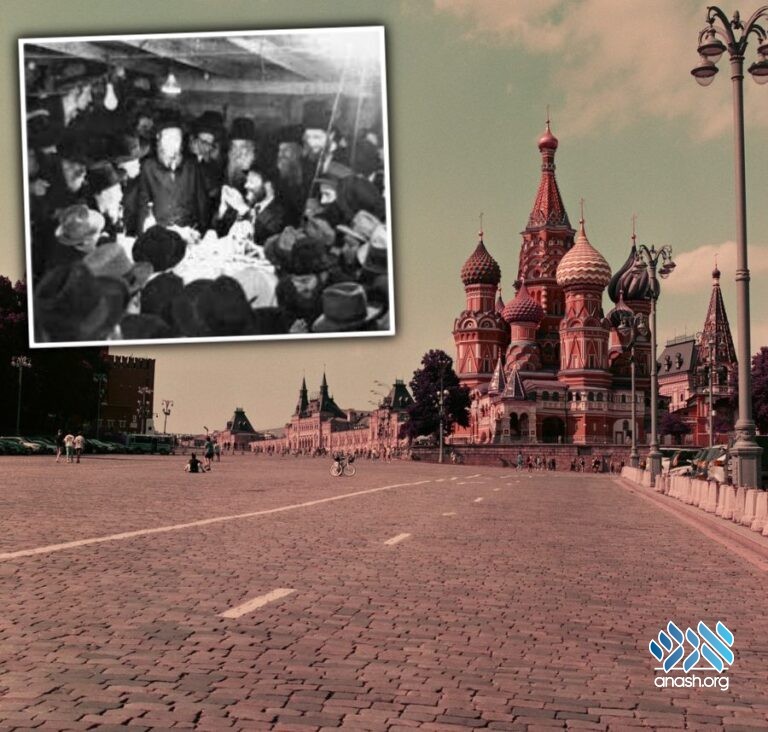 In the winter of 5713, the Russian dictator threatened to kill a group of Jews and terrorize the rest. At the Purim farbrengen in New York, the Rebbe told a story that brought to his death.

In the winter of 5713, Soviet leader Joseph Stalin threatened to kill a group of Jews and terrorize the rest. At the Purim farbrengen in New York, the Rebbe told a story that brought to his death.

This account is based off the diaries of Reb Yoel Kahn, Reb Sholom Feldman and others, and the hanacha of this farbrengen in Toras Menachem, as written up in “A Chassidisher Derher.”

On Tuesday, 26 Teves, the Russian government officially announced that it had “uncovered” a plot by a cell of terrorist doctors, who planned to poison several key members of the Communist Party. Most of the group were, they claimed, part of the Jewish International Bourgeois organization, known as the “Joint,” with some assistance from British Intelligence. Of the nine people accused of being involved, six were Jewish.

Thus, the infamous Doctors’ Plot—a modern-day blood libel—was launched. Throughout the USSR, and especially in educational, military, and medical groups, people were warned to beware of “enemies of the State.” Those more involved in politics, as well as other doctors who personally knew the “terrorists,” realized that this was all a fabrication, one of Stalin’s political machinations.

The masses believed all the lies they were fed by the media, and many Yidden were fired from their jobs by their Russian managers. This knee-jerk reaction was especially apparent in the scientific, higher education, and obviously, medical, fields. Anti-Semitism was rampant on the streets as in workplaces. Yidden in many places were afraid to even be seen in public.

It was fairly obvious that they would be found guilty and put to death, and it seemed likely that (state-sponsored) pogroms would break out throughout Russia, much as they had in the time of the Czars.

Deep into the Purim farbrengen, at around 4:00 a.m., the Rebbe’s face grew very solemn, and he told the following story:

After the revolution that ousted the Czar of Russia, the Rebbe Rashab instructed the Chassidim to partake in the government elections. Following his Rebbe’s heed, one of the Chassidim, though fully immersed in Torah with no interest in world news nor knowledge of the political situation around him, went to the polling station to cast his vote.

Obviously, as before doing any other action mandated by the Rebbe, he first went to the mikveh and put on his gartel. After following his friends’ instructions on the procedure of voting, the Chossid saw that nearby there was a group of people excitedly cheering “Hoorah!” Assuming this was part of the process, he joined them in their cheers, “Hoo-rah! Hoo-rah! Hoo-rah!” (In Hebrew “הוא-רע—he is bad…”)

As the Rebbe described the Chossid’s actions, there was a big smile on his face, holding both hands together in a triangle position mimicking the cheer. The Rebbe then turned to his right side and said over the whole story, then to his left and repeated it a third time, each time using the hand motions of the cheers.

Realizing that something deeper than what meets the eye was going on, everyone at the farbrengen stood up and shouted “Hoo-rah! Hoorah! Hoo-rah!”

The Rebbe’s face suddenly took on a serious look as he leaned on his arm for a few seconds, and he immediately started saying a maamar starting with the words “Al Kein Kar’u.” This was the first time in the Rebbe’s nesius that he said two maamarim in one farbrengen, and it took everyone by great surprise.

On 16 Adar, two days after the eventful Purim farbrengen, the Soviet radio station of Moscow had a dramatic announcement: Two days earlier Stalin had become ill and fallen into a coma. The next day the truth was announced: Stalin was dead.

Yidden throughout Russia breathed a huge sigh of relief. With Stalin’s death, the scheme was dead too.

The Rebbe never explained the meaning of the story was he told at the farbrengen, nor the reason for the hand motions, cheers and additional maamarim, however, Chassidim speculated that the Rebbe’s actions and the events taking place in Russia at the time were surely connected.

Thirty-eight years later, in 5751, when this maamar of “Al Kein Kar’u” was edited by the Rebbe and prepared for publication, the editors added, as always, an introduction to the maamar. As with the maamarim themselves, this was reviewed and edited as the Rebbe saw fit to publish.

“As Purim approaches, we publish the maamar beginning ‘Al Kein Kar’u Layamim Ho’aleh Purim,’ which the Rebbe said at the farbrengen of Purim 5713—the second maamar said at the Purim farbrengen that year. It was said, apparently, in connection with the events that happened at that time [leading up] to the downfall of the leader of That Country, an enemy of Yidden, as was understood then from the story the Rebbe told as an introduction to this maamar, regarding the Rebbe Rashab’s instructions at the time of the downfall of the Czar.”

The Rebbe approved this introduction, thus acknowledging the speculations of Chassidim at the time.