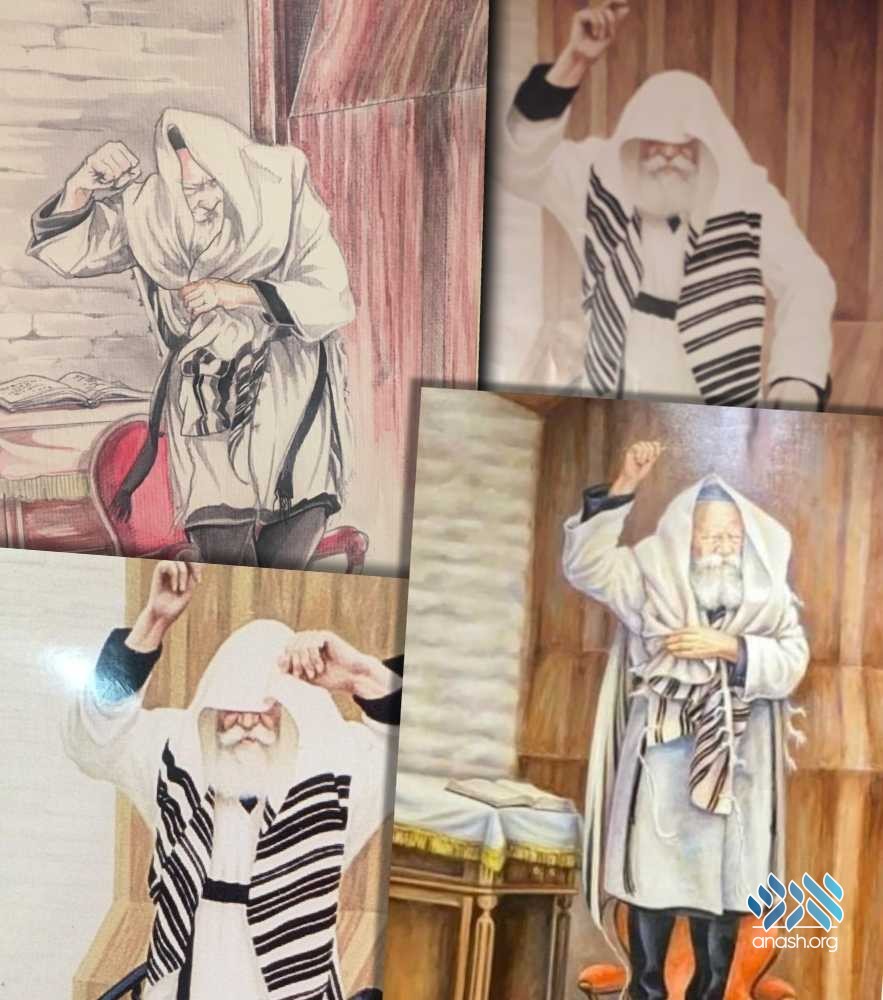 The highlight of Yom Kippur with the Rebbe was the singing of Napoleon’s March at the end of Neilah, when the Rebbe would jump on his chair, or in later years, a special staircase, and encourage the singing. Four artists attempted to recreate those moments.

The highlight of Yom Kippur with the Rebbe was following the declaration of “Shma Yisroel”, “Baruch Shem”, and “Hashem Hu Haelokim” when the entire crowd would burst into the niggun known as Napoleon’s March’.

Below, one can see the staircase that was specially built for this occasion and currently kept in the house of the individual who built it.

Chassidim described these moments as the climax of the entire Rosh Hashana and Yom Kippur, seeing the Rebbe dancing and encouraging the niggun which symbolized victory over any opposition.

In an attempt to recreate those holy moments, four artists painted their depiction of the Rebbe on his chair or on the staircase. What is your opinion? Which painting is the most accurate? What memories do Anash.org readers have of that special time?