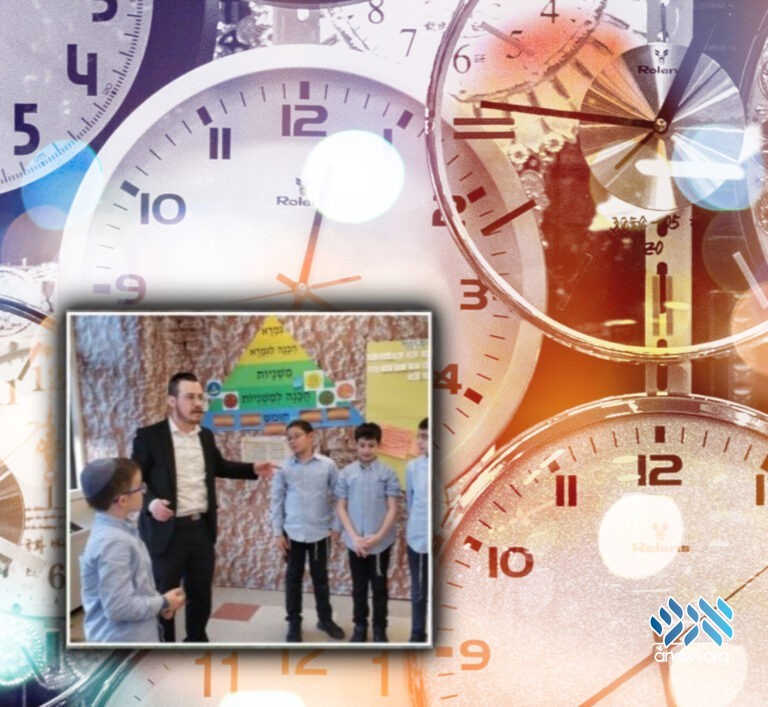 Chinuch and the Parsha by Rabbi Shmuel Wagner: Teshuva is more than just feelings of guilt and regret. A word in this week’s Parsha teaches us how Teshuva can reach into the past and transform it.

This week’s parsha opens with a fascinating mitzvah:

A Jewish soldier in battle is permitted to have relations with a captive non-Jewish woman. As Rashi tells us, this is because Hashem takes the soldier’s yetzer hara into account and, knowing that he will do the act even if forbidden, would rather the soldier perform it in a permissible manner.

If the soldier indeed takes such a woman, the Torah issues an entire procedure of how this relationship must continue. The soldier brings her home and separates from her for a month, during which time she cries and makes herself unattractive. At the end of the month, the man decides: If he still wants her, he must marry her properly and treat her as a full wife. If he does not want her, he must allow her to return home, and he is specifically prohibited from treating her as a captive.

However, when the pasuk describes the scenario of the man not wanting the woman, one word stands out: the words of the pasuk are “והיה אם לא חפצת בה”, “And it will be if you do not want her…”. What is peculiar, is the past tense of the word “חפצת”, “If you did not want”. The peculiarity of course, is that the whole story began that the soldier did want her!?

Elul. The month of introspection and accounting, the month of teshuva, tefilla and tzedaka, when we feel the enormity of the new year looming ahead and try to prepare for it appropriately.

Teshuva is thinking about the misdeeds of the past year, regretting them, and making a firm resolution from now on to always fulfill Hashem’s Will.

Obviously, in real life, involving a real person, the journey of teshuva is not merely one of going through motions, it is rather one of emotions.

What emotion is most directly associated with teshuva?

Ostensibly, the answer is remorse. Guilt. Sadness and melancholy, or, in good old Lashon Kodesh – merirus. After all, an honest look into one’s actions of the past year may reveal a pretty ugly picture…

The Mitteler Rebbe wrote a sefer of Chassidus called Derech Chaim. In it he portrays with very blunt descriptions the terrible situation of someone without kabolas ol malchus shomayim, of someone living a life without any restraint or accountability towards a Higher Being.

What makes this sefer unique in the Chabad library, is its clear deviation from the traditional style of Chassidus; it can, maybe correctly, be classified as a Sefer Mussar. Indeed, this sefer is traditionally learnt by Chassidim during the month of Elul, to arouse feelings of teshuva. This seemingly reinforces the notion that teshuva is predominantly an experience of merirus, bitter feelings.

However, in the first two perokim, the Mitteler Rebbe makes it clear that real teshuva, while indeed invoking merirus, must inherently include feelings of simcha as well.

The Mitteler Rebbe elaborates that teshuva cannot just be feeling bad about your past. Teshuva must also be feeling good about your future. As Chassidus reminds us of countless times, the word “תשובה” comes from the word “שוב”, to return. The focus of teshuva is not simply escaping the terrible place where you were, it is rather about returning to your original habitat. Being that the destination is an incredibly happy place – the Palace of the King, teshuva must essentially be associated with simcha.

My question while learning this was: if merirus and simcha are both necessary components of the teshuva process, what makes simcha more crucial? Why do I need to focus on the future more than on the past?

Of course, the simple answer would be positivity, growth, etc.

But I think the explanation here is deeper, truly emphasizing what teshuva is:

When I do teshuva and return to Hashem, I am essentially saying that I acknowledge the presence and potency of my neshama. Although in the past I have gone against Hashem’s Will by placing my instinctive bodily cravings first, I now recognize, not just that I have a Neshama, but that my Neshama is indeed the real me and must be given the front seat in all my decision-making. This leads me to conclude that when I had acted opposite in the past, that was not the real me.

Real teshuva with simcha, therefore, is not about focusing on the future and escaping the past; it absolutely focuses on the past. It redefines and transforms the past. I do not identify anymore with my past behavior, because I now realize that that it was not the real me. While I absolutely must regret the decisions I had made, I also know not to define myself by those decisions; I may have done bad things, but I am not bad.

Back to our pasuk:

We are dealing with a soldier who has sunk to such a level, that even the Torah is taking his yetzer hara into consideration.

After the month of the woman crying (which, parenthetically, the Arizal says represents the month of Elul), the soldier has had time to introspect, he regrets his original cravings, and he realizes that he does not want to be with her anymore. I.e., teshuva.

How does the Pasuk define the teshuva? “אם לא חפצת” – not only do you not want this forbidden pleasure in the future; deep down in the real you, you did not want it, even in the past! In the newly revealed true you, this craving never existed! Your feelings of simcha in this experience of revealing your true identity, are not only when looking forward, but when looking back as well!