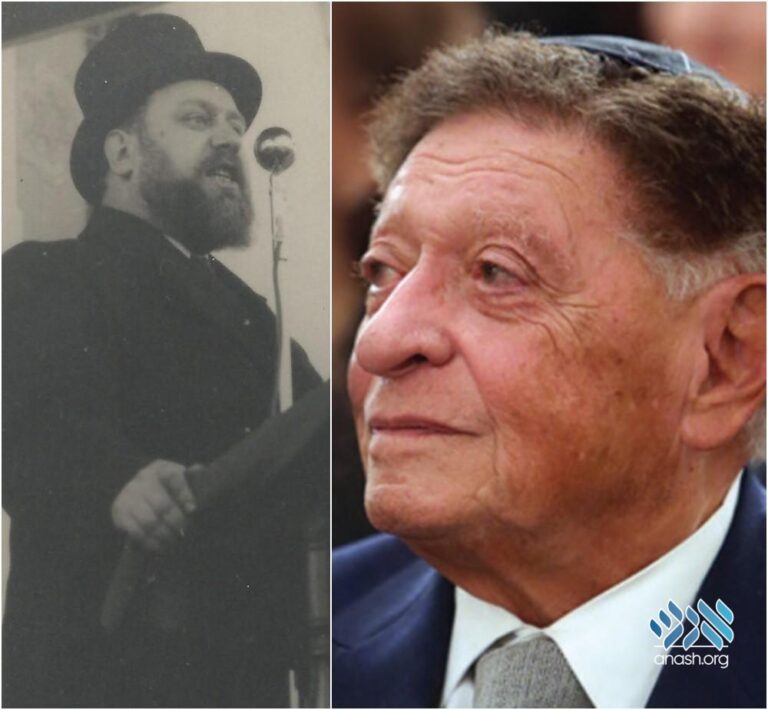 Op-Ed by Rabbi Zalmen Wishedski: The response of Rabbi Dov Yehuda Schochet to Sami Rohr’s refusal to join a Torah shiur teaches us a lesson from this week’s Parsha and how we must take advantage of every opportunity.

By Rabbi Zalmen Wishedski -Director of Chabad of Basel in Switzerland

R. Sami Rohr z”l once told me that when he was a refugee child in Basel during the Holocaust, Rabbi Dov Yehudah Schochet, who was then the rabbi of the charedi community in Basel, asked him to come to a class on Tehillim on Shabbat morning, before the services. “And it wasn’t a Chabad shul that started at 10:00 am; this meant coming at 7:00 am.”

Sami refused, saying to Rabbi Shochat: “I have one day a week to sleep, and you want me to come and learn?”

But then, the rabbi looked him in the eye and said: “You have one day in the week to learn, and you want to sleep?”

There is a passuk in this week’s parasha that carries so much meaning and gives us a direct message for our own lives, and it is not even one of the most popular psukim in the parasha.

It is not part of the story of the birth of Yaakov and Esav, nor does it tell of the fascinating relationship between them. It isn’t even part of the saga of the wells that Yitzchak dug. It is a passuk that comes after the story of the digging of the last well – Rechovot, as it was named. But, as mentioned, this passuk can teach us the way to live.

“For now Hashem has granted us room, and we can be fruitful in the land.” So said Yitzchak. At first glance it sounds like a sigh of relief: the quarrels are a thing of the past, Hashem has given us some room and now we can sit in peace and quiet for a bit. Yes, this is a commentary that many will accept happily, but not the Lubavitcher Rebbe, a Jew who didn’t know what the word “rest’ meant. Anyone whom he met immediately received a directive to do something more – usually double what he had been doing until then. It couldn’t be that if Hashem gives us some more space, we will sit and rest.

The opposite is true: If you have reached a state of relief and space, Hashem has granted you rachavut, this is the time and place to focus on expanding your fruitfulness, whether fruitfulness in the simplest meaning of expanding the Jewish family, or, like Yitzchak, who had only two children, fruitfulness expressed in actions – influencing the world and other people.

By the way, Sami Rohr z”l implemented his Rav’s directive in other areas of his life as well. Whenever he reached another level in his material abilities, the Jewish world felt it through the tzedakah he gave.

His physical “fruitfulness” as well – his sons and daughters – are continuing his way.