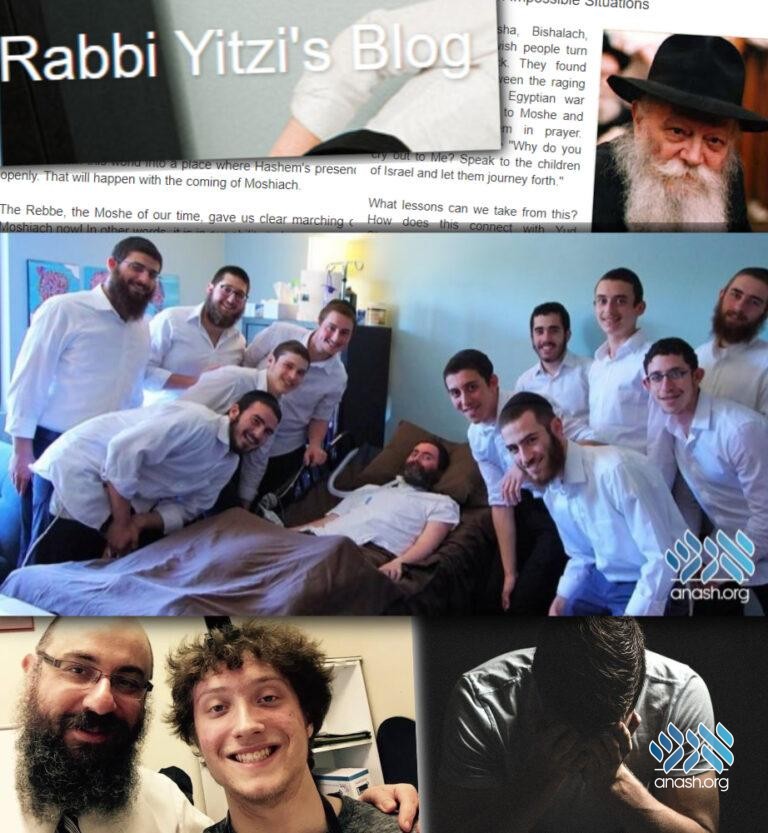 When Rabbi Benny Zippel received a text from a teenager he knew that he planned to take his own life, his mind started racing. But when he heard music coming from Rabbi Yitzy’s apartment, he knew what he had to do.

“Rabbi Benny, I’ve decided that life is not worth living anymore…”

Rabbi Benny and Sharonne Zippel, whose work with troubled teens has spanned close to thirty years, are no strangers to drama. State law in Utah, their makom haShlichus, allows for treatment centers to keep minors against their will, a legal power not available in anywhere else in the US. Institutions with this freedom are often parents’ last resort in extreme cases of addiction and child delinquency. “Kids with serious behavioral problems often end up here in Utah, ” Rabbi Zippel explains. “Kids who can’t fit into any public school, Hebrew school… this is the last resort.” A large part of Rabbi Zippel’s shlichus consists of engaging with these turbulent souls, often driving long hours across Utah for weekly visits.

Noah*, an LA native of Persian Jewish heritage, had come under Rabbi Zippel’s radar at the age of twelve, when he was checked in to a nearby institution. The young man responded enthusiastically to visits from “Rabbi Benny”, and the two had kept in touch for several years after Noah returned to his hometown.

That particular Motzei Shabbos, however, Rabbi Zippel’s thoughts were on other things. He was in Yeshivas Ohr Elchonon Chabad in LA at the time, participating in a Shabbos Avos Ubanim with his son. The bachurim and fathers had just sat down for a Melava Malka when Rabbi Zippel received a text from Noah, now in his twenties. He read in growing dismay.

“Because I love you,” the words stared up at him from the screen, “I felt I should give you the courtesy of letting you know, and saying goodbye. I’m taking my life tonight.”

Quickly, Rabbi Zippel wound his way out of the Zal and messaged a reply.

“Noah,” he typed. “Listen to me. I’m not in Utah tonight; by Divine Providence, I’m actually in Los Angeles. Let me tell you something right now:

“If you want to take your life tonight, I really can’t stop you. But one thing I will hold forever against you, in this world and the next- if you don’t come give me a kiss and a hug before you go.”

Noah was skittish. He refused to reveal his exact location, but after some back and forth it became clear that he was not far away at all- just about two miles from the Yeshiva, in fact. Urgently, Rabbi Zippel repeated his demand.

After a few tense minutes, there was a response.

For the next two hours, Rabbi Zippel sat on pins and needles. At last, near midnight, he stepped outside to text Noah again.

As he typed, the sound of music reached his ears. It wasn’t coming from the Zal, but from an apartment building across the yard. He stopped a passing bachur and asked for an explanation.

Rabbi Yitzi Hurwitz, Shliach to Temecula, CA, had been diagnosed with ALS several years before. A short while earlier, he had moved to an apartment near the Yeshiva- an apartment which was now packed with Yitzi’s friends and fellow Shluchim. It was their joyous singing, drifting through the open window of Yitzi’s room, that Rabbi Zippel had been hearing.

By now, he’d succeeded in extracting a promise: Noah would meet him on the corner in front of the Yeshiva, at midnight. Sure enough, shortly past twelve, a haggard-looking young man sauntered over to Rabbi Benny and embraced him.

“Please, Rabbi,” he began in a strained voice. “Don’t try to talk me out of this. I’ve already decided life is not worth living. Let me have this choice.”

After a moment, Rabbi Zipple responded. “One thing, Noah,” he said. “Before you do it… I want you to come with me.”

At first the suspicious boy refused. At last, after repeated assurances not to interfere with his intentions, Rabbi Zippel persuaded Noah to follow him. The pair entered the nearby apartment building and climbed the stairs in silence.

They opened the door to Yitzi’s apartment and were instantly greeted with a wave of sound and light. Gripping Noah by the hand, Rabbi Zippel guided him through the throng of well-wishers, past tables laden heavily with food, and straight into Yitzi’s room.

Noah was visibly moved at the sight of the young Rabbi, almost completely paralyzed, lying there on the bed with an incongruous gleam of joy in his expressive eyes. He listened as Rabbi Zippel briefly explained Yitzi’s situation.

“Noah,” he murmured softly. “Would you like to say anything to Rabbi Yitzi?”

Noah nodded, and began. In a trembling voice, he recounted his long career as an addict, his stint in an institution in Utah, and his relationship with Rabbi Benny. Then, growing more confident, he outlined the torturous years since, his realization that life was not worth living, and the terrible choice he had finally made.

Rabbi Yitzi’s eyes traveled to the tablet that had been fixed above his bed. Unable to speak, Yitzi painstakingly typed out his messages, letter by letter, using a computer system that tracked his eye movements. After a short while, the stilted, clipped voice of the machine rang out in the small room.

Can I say a few words?

Maneuvering with his eyes, Rabbi Yitzi brought up a recent post from his weekly blog. The article, just like all his posts, had been typed by Yitzi himself, with his eyes, over the course of a full day. As Noah listened, the text-to-voice machine read out Rabbi Yitzi’s words. Somehow, its robotic tone seemed infused with emotion.

The post was written for Shevii Shel Pesach, and painted a picture of the Jews standing at the Yam Suf, facing arguably the most famous dilemma in history. It zeroed in on Hashem’s instructions, “speak to the Bnei Yisrael and let them journey,” drawing a lesson for life’s daily struggles;

Sometimes it feels like we are in an impossible situation, the whole world seems to be against us and we are backed against a raging tide.

At times like these, we need to realize that it is Hashem Who turned us around and put us into this situation. He wants us there. There is a purpose that can only be realized through this difficult situation.

Will we complain? Will we cry out to Hashem? Of course. Then we must lift our heads and forge ahead obstacles notwithstanding. When we do that Hashem splits seas for us.

For the past three years I have been in a difficult predicament which seems to only get worse. Do I pray? Do I cry out to Hashem that He heal me? Yes, all the time. However, the illness has not broken my spirit because I know that Hashem put me here and that He wants me here. I don’t like it, but I continue to do what I can to bring Moshiach, through my difficulties and even more, using my difficulties as a platform to lift others up.

Yud Shvat is all about solidifying our connection with our Moshe, the Rebbe, and to commit ourselves to the mission he laid out for us. Specifically to use our strengths, talents and situation to accomplish the mission.

You can do it, don’t be afraid, Hashem is with you.

Rabbi Zippel looked over at Noah. He was sobbing. Without a word, he threw his arms around his Rabbi Zippel’s shoulders.

“I promise you, Rabbi Benny,” he whispered. “I won’t take my life tonight.”

Together, the two joined the celebration in the main room, raising a l’chaim to a Jewish life renewed. From his room Rabbi Yitzi looked on, his eyes shining with an undefeatable joy.

Noah didn’t take his life that night, or any night. Unfortunately, Rabbi Yitzi remains in his own galus to this day, continuing to inspire those around him with his optimism and resilience. May the merit of all the lives touched by Yosef Yitzchak ben Bracha help him once and for all leave his own Mitzrayim, and walk whole and healthy to greet Moshiach.

From February 9th until February 16th, Yitzi’s friends and family will be celebrating his 49th birthday with a Mitzvah for Yitzi campaign, aiming to gather 20,000 mitzvos. Click here to join the campaign.