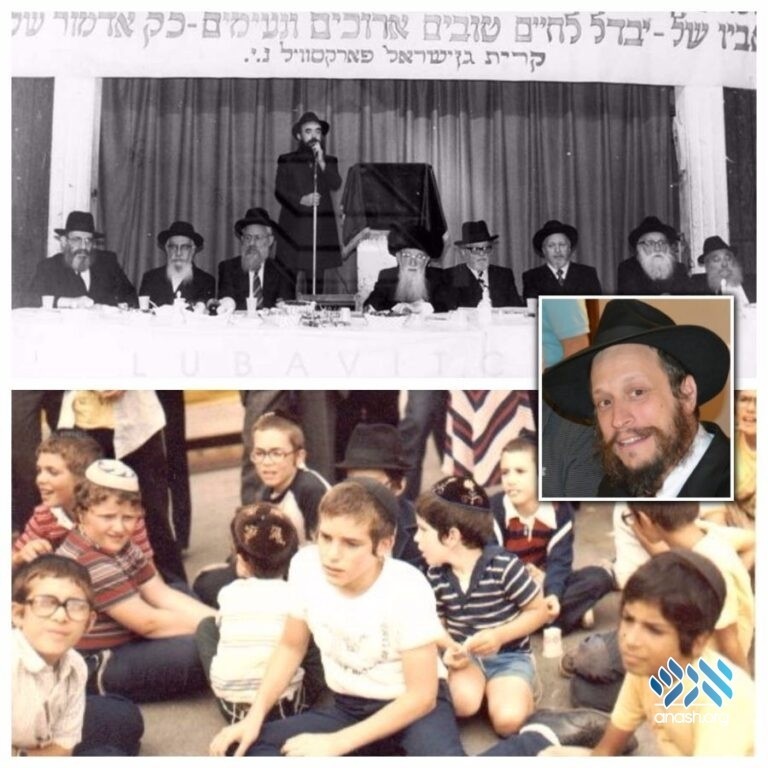 Article by Rabbi Yosef Yitzchok Hodakov: A summer memory of Yarchei Kallah in Camp Gan Israel in Parksville, NY, with a lesson for young and old.

There was one weekend every summer during which camp took on a most festive atmosphere. Honoring the Yahrtzeit of the Rebbe’s father, esteemed pulpit rabbis and venerated scholars would descend upon our little world at Camp Gan Israel in Parksville, NY, for “Yarchei Kallah”, sometime near the 20th of Av.

As the years passed, I came to understand that they had come together to learn and share and debate and plan and discuss matters of Torah and issues of great concern to the Jewish world. They sometimes convened in closed room sessions, and all we were allowed to do was stand at a distance and watch the animated discussions through the window.

However, as a younger child, I didn’t fully appreciate the moment. We kids were simply excited to see all the preparations, we were happy to know that the indoor pool would most certainly be heated, and we were eager to sneak a peek into the upper floors of “the Beth”, a building with hotel rooms reserved for special occasions such as this, overlooking the scenic Catskill mountains…

Now, while Lunchtime on Friday afternoons was at the same time as every other weekday, Friday night Shabbos dinner would not begin until much later than usual, after a lengthy and lively Kabolas Shabbos. And so, hungry and tired, I sat there and looked to the front of the Shul…

The visiting rabbis sat there on a dais facing us, their faces serious and somber, looking like statues chiseled out of stone. Maybe they too were hungry and tired.

And after Davening, we respectfully filed by these honored sages, bunk by bunk, to extend and receive Shabbos greetings. Most of them held their hands stretched across the table somewhat limply, quietly allowing us to touch, hold, or shake their hands, or fingertips, as we wished.

Although I realize now that some of them could not have been much older than I am now, to me they seemed ancient at that time, and inhabiting another, parallel universe.

At some point, we were told that we would have the good fortune of being addressed by one of the rabbis. I can’t say that I was enthused. But then, on Shabbos morning, after Krias Hatorah, one of the Rabbis was introduced to us, and he SPOKE! Not only did he speak, he spoke in perfect ENGLISH. And, he was ANIMATED! He walked up and down the aisle and captivated us with his talk.

I do not remember what it was that the late Rabbi Hershel Fogelman o.b.m. – the Rebbe’s longtime Shliach in Worcester, Massachusets – told us that Shabbos morning, but all these years later I am still moved by his energy, the passion with which he spoke, and how he related to us, kids. He was ALIVE!

I believe that this anecdote carries a dual lesson:

Those who might feel like they have no one to look up to, no one older and wiser who can relate to them, should know that it simply isn’t true. While all them old folks might seem like stone statues, find the right one, and you will discover that they are alive, energized, and inspired enough to inspire you as well.

And those who might feel like they themselves are old and dry like stone, and that they have nothing to say to the younger generation, should know that the youth are open and thirsty to listen and absorb and be inspired if you only come alive and give of yourself.