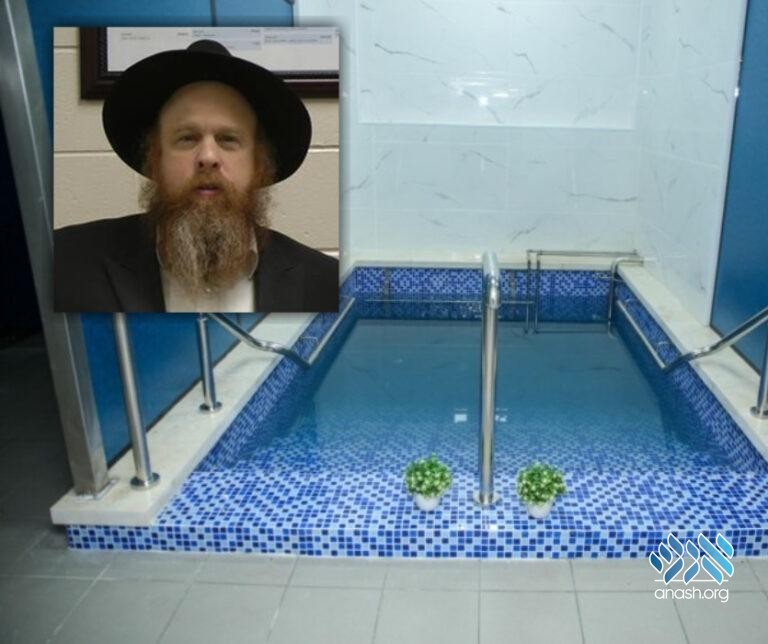 Article by Rabbi Akiva Wagner: A story with R’ Shlomo Zalman Auerbach, a new approach to mesiras nefesh, and what it means to us during the COVID-19 pandemic.

The following story was shared by Rabbi Mendel Gluckowsky, by the great zoom farbrengen around the time of Rosh Chodesh Kislev:

A yungerman in Eretz Yisroel was undergoing a health crisis, and he consulted with doctors. The doctor told him that his situation was very serious and that he required urgent surgery. However, the non-conventional doctors with whom he consulted insisted that in fact the surgery would put his life at risk, and they called for different treatment.

The yungerman was in a quandary – each doctor insisted that if he listened to the other, he would be in grave danger – and he consulted with Rabbi Gluckowsky, who helped him write a letter to the Rebbe.

The Rebbe’s response was not long in coming, directing him to follow the ruling of a רב ותיק, an established Rov.

Rabbi Gluckowski made an appointment with R’ Shlomo Zalman Auerbach. When they arrived, and posed the question, R’ Shlomo Zalman told them “dos iz a Rebi’ske shailah” (this is a question for a Rebbe).

They left, and Rabbi Gluckowski told the yungerman to write to the Rebbe again. “Write to the Rebbe that you followed his directives” he told him, “and the Rov said to ask the Rebbe”. But the Rebbe responded again that his answer was to follow the ruling of a Rov.

They consulted again with Reb Shlomo Zalman. When he heard about the Rebbe’s (2nd) response, he told them: “Ich bin nisht kein chosid, ober a misnaged a vadai nisht” (true, I’m not a chosid, but I’m definitely not a misnaged). It’s clear, he told them, that the Rebbe wants me to give my opinion, so I will do so: In such a case, where there is a disagreement between the conventional and non-conventional doctors, my opinion is to follow the conventional, because more money and more research (“roiv gelt un roiv sechel”) is by them.

The yungerman went ahead with the surgery, which was successful.

Well, now that we established that Reb Shlomo Zalman was “definitely not a misnaged,” I would like to share the following story about him:

Reb Shlomo Zalman was a Rosh Yeshiva in Yeshivas Kol Torah and would give a daily shiur to a group of talmidim. One day, when he came in to give the shiur, he left his Gemara closed. “Before I begin”, he told his talmidim, “there is an important issue that I must address with you”. All could see that he was very shaken.

The talmidim were extremely curious. Such a thing had never happened before. What urgent global issue was so important that it forced him to deviate from his usual practice?!

“On Shabbos”, he began, “I was heading to shul, when I met a father and his son in the street. The father was carrying a bench”.

“Where are you going?” I asked them. They explained that the son would soon be getting married and this Shabbos was his aufruf. The bench was for the Kiddush.

“And why is your father carrying the bench?” I asked the chosson. The chosson explained, proudly, that he doesn’t use the eruv, and therefore was unable to carry it himself.

R’ Shlomo Zalman turned to his student in great agitation: “Can you imagine such terrible behavior, such insensitivity?!” he exclaimed. “This young man wants to be frum, to be more machmir, at his father’s expense! You want to be machmir? Figure out a way that it doesn’t affect someone else. Carry the bench before Shabbos, or whatever else. But don’t be machmir on the cheshbon of your father!”

I thought that story was very refreshing. And, undoubtedly, he was right on the mark (at least in this). Because we know that the Rebbe teaches us this precise lesson. In the famous sicha (Chelek Hey Parshas Vayeitzei) where the Rebbe explains at length the reason why Yaakov married 2 sisters, the Rebbe concludes with a lesson: “When someone wishes to be machmir and take upon himself extra hiddurim, he has to – first and foremost – make sure that it is not being done on the cheshbon of anyone else”!

You want to be more stringent? It may be OK to inconvenience yourself, to risk a monetary loss or whatever it is. But no other person should ever have to pay any price because of your stringency.

I think this is especially relevant now. We know that the Eibishter brought the pandemic onto the entire world without prior warning (and in a generation of unprecedented advances in science and technology, and tremendous arrogance and self-assurance, the Eibishter said ברי’ קטנה יש לי בעולמי…לך תעשה עמה מלחמה), and He could similarly remove it in an instance. And now, with the spread of the vaccine, we can, perhaps, see a keili in nature for the light at the end of the tunnel.

But since we’re not quite there yet, precautions are still in order. Not, merely, to protect yourself, necessarily, but to protect others. I find it shocking that some people are still lax in areas where they can affect others. I see cases of people who are showing symptoms or who had exposure, who know they can be a danger to others, and yet they are frum; – they can’t give up minyan, or mikva or shiurim or whatever it may be.

Chassidim would have mesirus nefesh for mikva. But it was their own safety and welfare that they were willing to sacrifice and risk. They didn’t have “mesirus” of someone else’s nefesh!

[R’ Moshe Elya Gerlitzky, a”h, was from the prominent chassidishe Yidden in Montreal. In his later years, he was not enjoying the best of health, and his doctor forbade him from using the mikva. At every check-up, the doctor would tell him and his family members that it was absolutely crucial that he not use the mikva. Both the family members and the doctor would explain to him why he must cooperate.

And, he would be very agreeable, telling them that of course he understood, and had no intention of disobeying etc.

But, the next day, he would be back in the mikva, like regular! When he would be visited by his grandchildren, he would complain “I don’t know why I feel so weak”…].

You feel the mikva is extremely important to you and you can’t manage without it? By all means! Borrow $100,000 from the bank (give or take a few cents), and make yourself a personal mikva. But don’t put others at risk!

The same is true with regards to minyan, or shiurei Torah, or any other chumra that suddenly became vital to one person or another.

So, you want to know what all this has to do with Yud Shvat? Firstly, because Yud Shvat, the day when ונחדש שם המלוכה, needs to be a time when we strengthen our hiskashrus with the Rebbe. Hiskashrus means living according to the Rebbe’s directives and making sure that the Rebbe’s farbrengens revolutionize our mindset and our way of thinking.

[The above-mentioned sicha, about how Yaakov could marry two sisters, was a revolutionary sicha, that caused a great shturem. After that farbrengen, my grandfather (Rabbi Dov Yehuda Schochet) had a long yechidus, in which he discussed the chiddush with the Rebbe at length. At the end, he asked what was the mokor. The Rebbe explained that it’s a Ramban].

The Rebbe was not merely protecting us from losing sleep over Yaakov’s actions, but also revolutionizing our own way of thinking with the hora’ah and ensuring that we ourselves have a heathy approach to Yidishkeit and to our own hidurim in Torah and mitzvos.

But I think it is also basic to being a chossid.

In Chassidus on this week’s parsha there is a lengthy discussion about the advantage of the Beis Hamikdash that was constructed from doimem. The Alter Rebbe explains that although doimem is the lowest of the four yesodos, it has the highest shoresh. He explains, further, that we can clearly see that advantage of doimem in the fact that earth, the ground, has so much bittul that it allows everyone to trample over it!

The ultimate advantage is not to tower over others and find things that are beneficial to you (whether physically or spiritually), and in which you can feel superior to others, but, rather, in putting yourself aside, forgetting about yourself completely, and focusing only on how you can serve others! And this approach will put us in the right mindset to properly prepare for Yud Shvat!