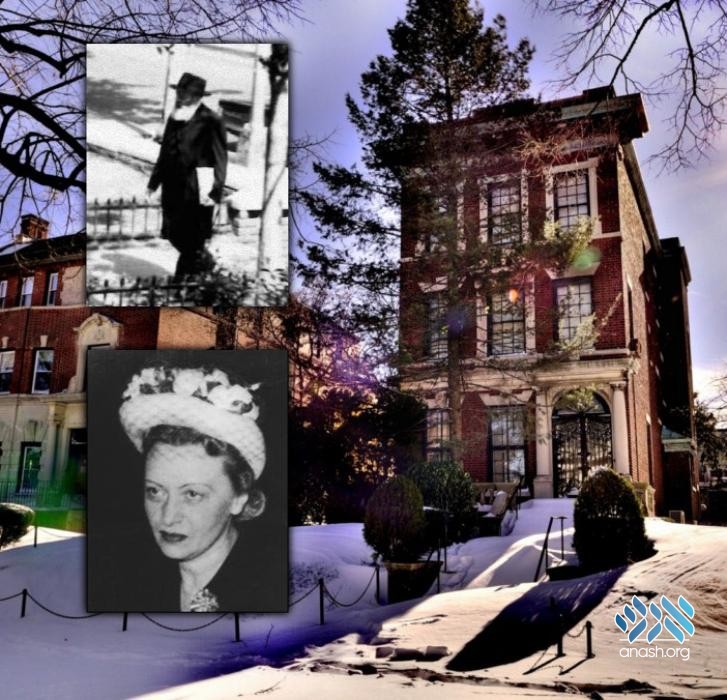 In honor of the 33rd yartzeit of Rebbetzin Chaya Mushka, Rabbi Lipa Brennan shares an encounter he had with the Rebbe and the Rebbetzin on a Friday night in 5736.

In honor of the 33rd yartzeit of Rebbetzin Chaya Mushka Schneerson a”h, and in honor of the thousands of Shluchos who will be joining virtually for the 31st Annual International Kinus Hashluchos Conference, which begins on Chof Bais Shevat, I would like to share a story:

It was on Friday night, Shabbos Shuva, 5736 (1975). I ate at a friend’s house on President Street, between Brooklyn and New York Avenues, opposite the Rebbe’s house.

As I left the meal at around 11:00 pm, I saw the Rebbetzin standing on the porch of her house. In general, the Rebbetzin was a very private person and was not seen in public too often.

The Rebbetzin saw me and motioned for me to walk over. I crossed the street and nervously went up the steps to the porch. The Rebbetzin said that’s it’s very late and the Rebbe is usually home by now to make Kiddush.

Did the Rebbe daven Maariv yet? she asked.

Was there a fabrengen or a maamar tonight? she asked.

The Rebbetzin then asked me to go to 770 to see what is happening and come back to let her know. I started running to 770 and as I turned the corner from Brooklyn onto Eastern Pkwy, I saw the Rebbe making his way home with 2 bochurim walking behind him.

I quickly turned around and ran back to the Rebbetzin. When I reached the corner of Brooklyn and President Street, I saw the Rebbetzin standing on the corner. Apparently, she walked from her house to the corner herself. I said the Rebbe is on the way and started to walk away to go back to my dormitory.

The Rebbetzin called me back.

She said it is late at night and asked if I would wait with her till the Rebbe arrives. I did not know what to say. All I knew was that I did not want to be seen by the Rebbe when he met the Rebbetzin. The Rebbetzin saw my apprehension and said, “It’s not the right thing to leave a lady standing by herself on the street in New York.”

When the Rebbe reached the corner and saw the Rebbetzin, he motioned with his hands as if to say ‘what are you doing here?’ The Rebbetzin answered the Rebbe but I could not hear the conversation.

They then started to walk home together. I joined the bochurim behind them. (Whenever the Rebbe walked home on Shabbos or Yom Tov, 2 or 3 bochurim would always follow behind as a sign of derech eretz so the Rebbe should not walk alone. On Shabbos and Yom Tov mornings, the bochurim would wait outside the house to walk the Rebbe to 770.)

As they were walking a little, the Rebbe noticed the Rebbetzin not walking alongside, so he turned around and and waited for the Rebbetzin to catch up. When she reached him, they started walking again together. This seen happened 3 times during this walk.

When they reached the steps to go up to the house, the Rebbe turned to me and said “a dank un a gut Shabbos” (thank you and good Shabbos).

They then walked up the steps. The Rebbe then opened the door, held it open for the Rebbetzin to enter first and then went in. The sign for us to leave was when the Rebbe closed the window lock in the front room.