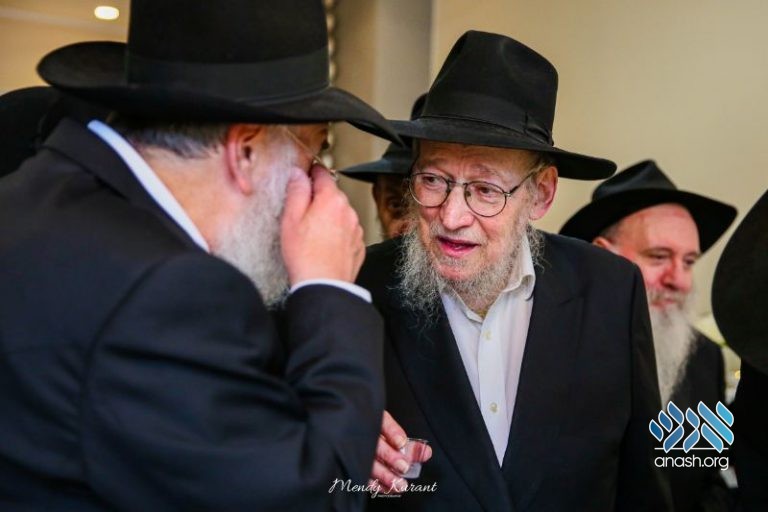 Mendy Rizel, a Lubavitcher media personality in Eretz Yisroel, shared a moving experience he had with Harav Aharon Yaakov Schwei, who passed away on Friday.

The following story was shared by Mendy Rizel, a Lubavitcher media personality in Eretz Yisroel, of a moving experience he had with Rabbi Schwei:

Harav Yaakov Schwei a”h, who passed away on Friday, was not only a great talmid chochom, but also an extremely sensitive person with a huge heart. I will never forget my experience with him:

Crown Heights is the most hospitable neighborhood in the world. Thousands of chassidim who visit the community each Tishrei are hosted by the neighborhood’s residents. My father a”h had a friendship relationship with the Schwei family from the 70’s when he learned by the Rebbe. At that time, Rabbi Schwei was a maggid shiur in a local yeshiva, years before he became the community rov.

My father’s friendship with him led to me and my brother Shlomi stayed in the Schwei home for Tishrei.

It was Erev Yom Kippur of 5765/2004, the first Tishrei after my father’s passing. We ate the seuda hamafsekes at the Schwei home. Rabbi Schwei had his hands full, the phone was ringing with a variety of shailos. And then he called me to the side room.

“The custom is for a father to bentch his children with the ‘Birkas Habonim’ before Yom Kippur. I want to bless you,” he said quietly, so that the guests in the next room wouldn’t hear. He was tall, and he places his hands on my head which faced downwards.

I raised my eyes to see why he had suddenly gone quiet. Tears fell from his eyes and down his cheeks and beard. He was crying. So sensitive he was.

Now, I too am crying. What a loss.

Do you have special memories of Rabbi Schwei? Please share them with his family at rabbischweimemories@gmail.com or WhatsApp number +19176988104.