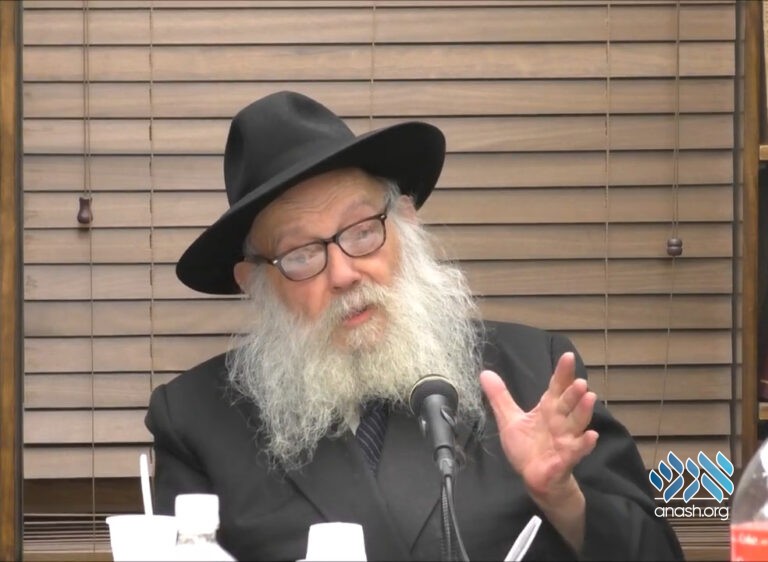 Stories Rabbi Groner Told: Arik Sharon was dumfounded. His face turned white as chalk, and he stood there utterly speechless. The Rebbe said ‘If you are uncomfortable with my involvement, I’ll stay out of it.’

Ariel (Arik) Sharon frequently visited the Rebbe. Once, he visited with his wife Lily and his elderly mother. His appointment was around midnight. Before his yechidus, Arik’s mother asked how long he thought he’d be. “I only need fifteen minutes,” Arik replied.

They went in. After ten minutes, his mother exited. Fifteen minutes passed. Half hour. An hour. Finally, after an hour and a half, he and his wife came out. His mother asked, “Arik, that’s fifteen minutes?”

Arik’s wife Lily explained, “You know, we are not very religious. We are secular Jews. We heard that the Rebbe has ruach hakodesh, but we never bought into that.

“I’ll tell you what happened tonight. We went into yechidus and we told the Rebbe that we have a problem with one of our children, and we felt that the only one that can guide us on this issue was the Rebbe. Indeed, he gave us excellent advice.

“We got up to go, but the Rebbe urged us to stay. The Rebbe turned to Arik, and said, ‘Why don’t you talk about your personal problem? I know you are involved in a bitter dispute with another Member of the Knesset, and in my opinion, it’s not good when two cabinet members argue. I can help you!’

“Arik was dumfounded. His face turned white as chalk, and he stood there utterly speechless. The Rebbe added, ‘If you are uncomfortable with my involvement, I’ll stay out of it.’ The Rebbe then proceeded to explain the exact nature of the dispute, with all its details.

“The only ones who know about the argument are me, Arik, and his fellow disputant. Neither I, nor Arik, wrote about it to the Rebbe, and the other man has no connection with the Rebbe. The Rebbe continued, ‘Arik, tell me, am I right or wrong?’ Arik responded that the Rebbe was right on target. Then the Rebbe gave his advice, and that’s what took so long!

“It’s amazing! The Rebbe is in Brooklyn, and he knows exactly what’s happening in Yerushalayim!”

“You know something?” I began. “That reminds me of an incident that happened years back. Moshe Sharett, Israel’s second Prime Minister, once called me on a Wednesday and said that he was sent by the Israeli government to seek the Rebbe’s advice.

“I informed the Rebbe that Mr. Sharett was here in the States on a government mission, and he needed to return to Israel on Thursday in order to be able to report back to the Knesset on Sunday. The Rebbe agreed to receive him at 2:00 P.M. for yechidus the next day.

“After his yechidus, which finished a little before 3:00 P.M., he said to me, ‘The Rebbe is sitting here in Brooklyn, and he knows exactly what is happening with us behind the curtains!’

“I asked him what he meant by that. He continued, ‘We are in the midst of a dispute. When I entered the Rebbe’s office and posed the problem to him, the Rebbe smiled and said, “For such easily-solved problems you had to travel overseas?” I must say, I began to feel quite inadequate.

“ ‘The Rebbe proceeded to dissect the issue. The problem was, there was a controversy between the Ministry of Housing and the Ministry of the Interior. Each department claimed that certain funds for allocation needed to be extracted from the other ministry. The Rebbe basically said that each has specific functions for which they are financially responsible, and which are different from one another. I felt like a little kid, because the Rebbe explained the situation in such a clear simple fashion.

“ ‘Afterwards, the Rebbe talked about two government officials who were not seeing eye to eye, and he explained exactly what the point of contention was, suggesting a way to iron out their differences. It’s amazing that the Rebbe is sitting in Brooklyn, and he knows what’s going on in Israel!’

“Your comment, Mrs. Sharon, reminded me of this story.”

There was a young woman who grew up in an extremely goyishe home in Europe. She ultimately moved to Israel for job-related reasons, where she met a young Jewish man.

They began to date, and when the relationship got serious, the young man asked the girl, “Are you willing to convert?”

She replied, “Impossible! In my home, that sort of stuff is taboo.”

“In that case, I guess we’ll just have to go our own separate ways, because I refuse to marry a non-Jew.”

Some time later, both of them ended up in New York. She heard that he was there, so she called him, saying that she wanted to get together with him. He explained that there was no point. But then, he said, “You know, we’ve got this Jewish holiday called Simchas Torah coming up, and I hear that the joy of Simchas Torah in 770 is to the max! How would you like to meet then?”

So, they met, and the young man was taken in by the whole scene, and he had a strong desire to speak to the Rebbe personally. He arranged for a yechidus for both of them.

The young woman began speaking to the Rebbe, “We would like to get married, but he won’t marry me if I don’t convert to Judaism. But I don’t want to convert!”

The Rebbe replied, “You’re not a goy, you’re a Jew! You could marry each other!”

“What? What are you talking about?” she responded, obviously startled. “You don’t even know me! This is my very first time here. I’m telling you, I am not Jewish! Every Sunday, we go to church, and we celebrate the Christian holidays!”

The Rebbe smiled at her and said, “I’ll tell you what. Why don’t you call your mother and ask her if you are Jewish or not.”

On the way out, the girl said to the young man, “What kind of rabbi is this? He doesn’t know me from Adam, yet he claims I’m Jewish, when I am certain that I’m not!”

The young man said, “Why don’t you take the Rebbe’s advice and call your mother?”

She called her mother and asked, “Mom, are we Jewish?”

The next day, the girl got on a plane and flew to her native Europe. When she arrived home and walked through the door, her mother greeted her, and said, “When Father comes home, you are not to mention the words ‘Jew,’ ‘Judaism,’ or ‘G-d.’ Do you understand? Tomorrow, after breakfast, when your father is at work, we’ll take a stroll in the park and continue the discussion there.”

At the park, the mother explained that she and her husband were one-hundred percent Jewish. After the Holocaust, they entirely dismissed their Judaism. Her husband expressed his desire to “escape G-d,” and they decided to move to that city which was predominately non-Jewish.

When the girl returned to New York, she wrote a letter to the Rebbe thanking him for the revelation in her life. The Rebbe responded that since she used to go to church, it would behoove her to go to mikva – not for the sake of converting, rather in order to exit a state of impurity and enter a state of purity.

The young man and woman ended up marrying, and now they are shluchim of the Rebbe, with children and mekuravim!