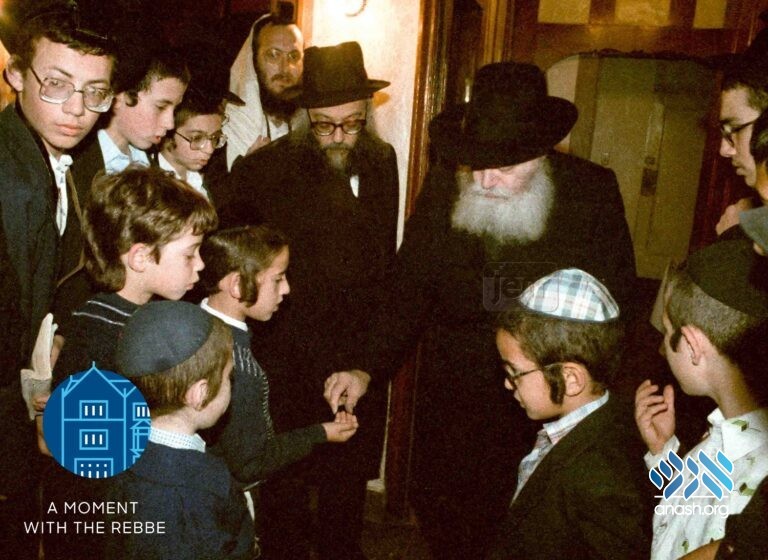 When Rabbi JJ Hecht passed by for Chanukah gelt, the Rebbe wished to give him extra for his activism in mivtza Chanukah. But he didn’t for a particular reason.

When mivtza Chanukah first began in 5734 (1973), the Rebbe rewarded all the activists with Chanukah gelt if they showed a note from Tzeirei Chabad stating that they participated. Thus, two lines formed, one to Reb Dovid Raskin of Tzeirei Chabad for the note, and then another to the Rebbe.

Even when the mazkirus asked for Chanukah gelt, the Rebbe declined to give them until they produced the note.

When one elder chossid approached, holding the note, the Rebbe beamed with delight. As he shuffled along, the Rebbe followed him with a beautiful gaze of nachas.

Reb Moshe Yitzchok Hecht came with the group of bochurim that assisted him in New Haven. He told the Rebbe that the bochurim had worked with “all their energy.” The Rebbe said to him, “There is no need to exaggerate…”

His brother Reb Yaakov Yehudah Hecht was very active in orchestrating the mivtza. When he arrived, the Rebbe said to him, “In truth, you deserve more than one dollar, but when a mother gives her children, she gives equally to all.”