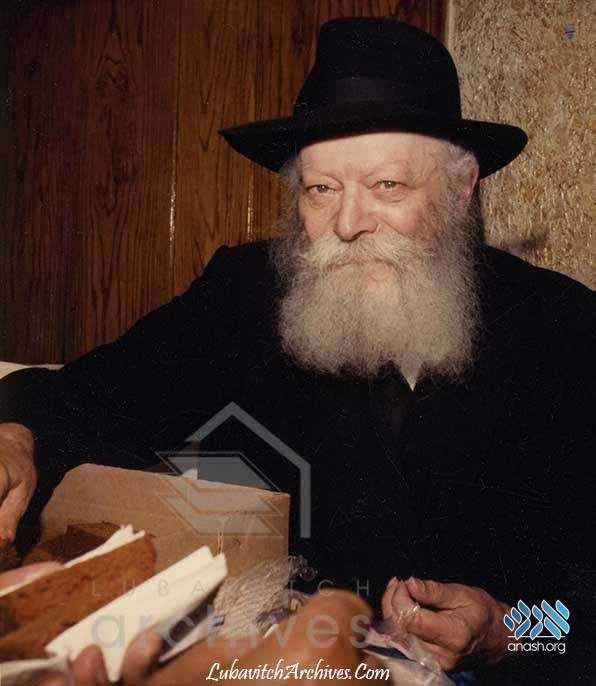 A Moment with the Rebbe: When one child asked the Rebbe for lekach for a second time, an attendant noted that she had received already, but the Rebbe would not disappoint her.

Every Hoshana Raba, the Rebbe would stand at the door of his sukka and lovingly distribute lekach to an endless line of men, women and children.

“One year,” relates Harav Osher Lemel Cohen of Beitar, “My wife went by with our daughter (Mrs. Yocheved Butman). She was then two years old, and as she approached the Rebbe, she stretched out her hand.

“Although there were others before her in the line, the Rebbe extended his hand over them, to give the honey cake to my eager daughter.

“One of the attendants quickly commented that she had already received. But the Rebbe, despite a most hectic schedule, patiently turned around and said, ‘When a child asks for more, one must give…’”