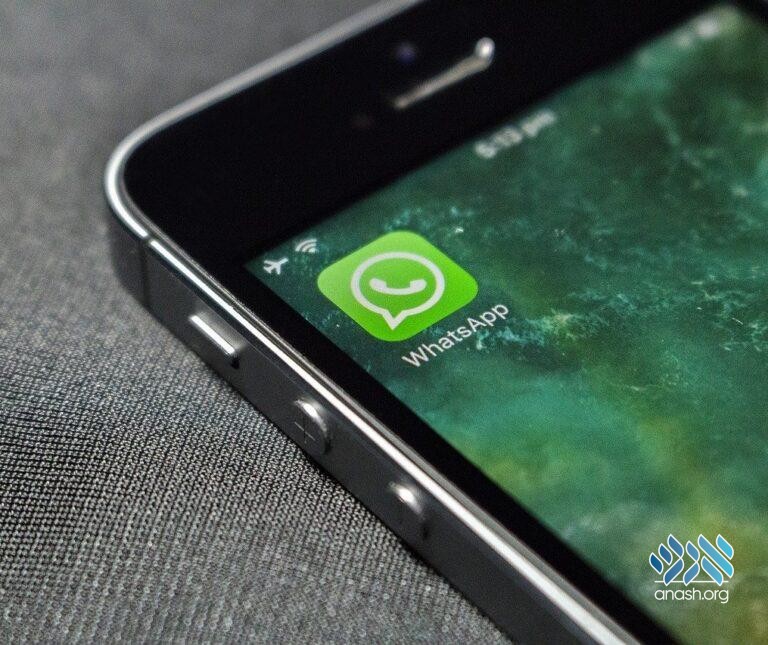 Article by Rabbi Mordechai Lightstone: Recent developments with social media and messaging apps have caused a lot of confusion. After consulting with professionals, here are some points that could help clear things up.

With recent developments on social media and messaging apps – especially Whatsapp with its change in Terms of Service – a number of people have reached out to me about clarifying what exactly is going on.

And there is a TON of confusion out there. So I took a moment to check with security and privacy professionals in the Tech Tribe community about what best practices with WhatsApp should be. While ultimately based on my personal read about things, the following is a breakdown of salient points:

There is considerable discussion now around recent political developments and how they intersect with social media. These issues may be/ feel very important. But they aren’t connected to WhatsApp’s update.

This isn’t new – WhatsApp has been tied into Facebook since 2016.

Two years after purchasing WhatsApp, Facebook began to integrate the app into their ecosystem – sharing metadata and other details like that with its other apps. Facebook isn’t free, it makes money by selling you ads, and it sells you ads based on the copious amount of information you share with it. (It’s why you get ads for Birthright)

Basically every tech company today works this way. Since 2016, WhatsApp had this integration. The ability to do a one-time opt-out has ended with this new update. Some changes to privacy terms also apply to people interacting with companies on WhatsApp Business – family and group chats remain unchanged.

Whatsapp continues to use end-to-end encryption. (It uses Signal’s encryption system) So your messages can’t be seen by Mark Zuckerberg. They can be seen by someone looking over your shoulder.

Since all of these apps collect mountains of background information about us – removing WhatsApp without removing Instagram, Facebook, Messenger etc. won’t have the desired effect of stopping Facebook from collecting all of that juicy data you give them – and messaging on those apps is not encrypted end-to-end.

Once we’re talking – there are lots of other security features:

Google, Amazon, Apple, that credit card you got to maximize your points. . . they’re all collecting TONS of information on you. Did you know that Google can create a map of where you go based on your phone usage? Target was able to figure out a girl was pregnant before she told her family. Are you using two-factor authentication and strong passwords? (ideally something long an unique for each site – or with a service like Lastpass) There’s a lot out there worth knowing that is of direct importance to your security online. A lot of it in my opinion is much more important than giving data to Facebook.

There are are definitely stronger options out there:

Signal is highly recommended by the experts. It’s always important for there be diverse app options. If Web privacy is your new thing, there are exciting options to investigate. Telegram doesn’t use your ambient information to sell you ads, but is considered less secure than both Signal and WhatsApp.

But for your messaging needs WhatsApp is really fine for most people:

Really, WhatsApp works fine for just about every form of communication you conduct on it. It’s got end-to-end encryption and is in line with the data sharing basically every we service we use takes from us. There have been no new developments in any of this to be new reasons to switch off of it.