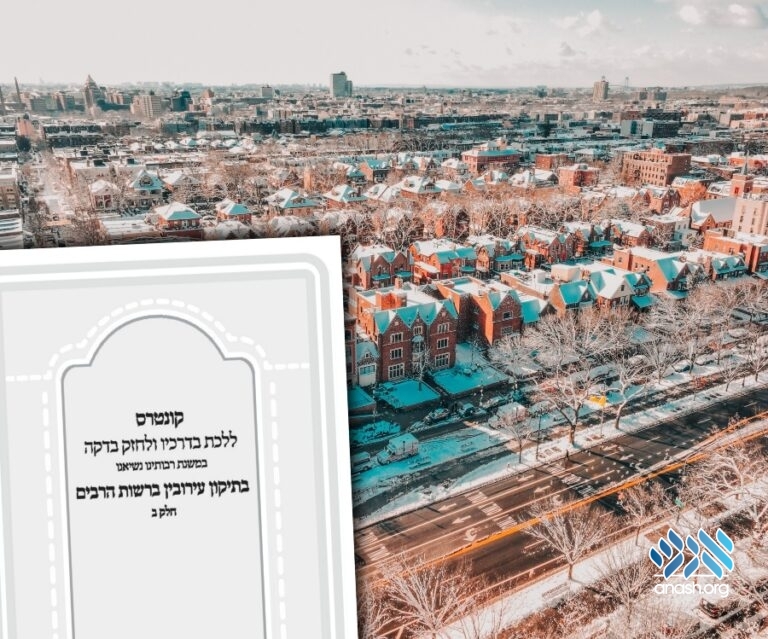 A second Kuntres published by Rabbi Shmuel Zajac brings more clarity to the complex Halachic topic of eruvin. This Kuntres focuses on the opinion of the Alter Rebbe on the feasibility of city eruvin.

Earlier this year, a Kuntres titled Laleches Bidrachav Betikun Eiruvin, was published by Rabbi Shmuel Zajac, a well-known Maggid Shiur at Yeshivas Tomchei Temimim in Morristown, NJ, explaining the complex topic of eruvin according to the Halachic positions of the Tzemach Tzedek. Rabbi Zajac has now released a second Kuntres under the same title, where he illuminates the opinion of the Alter Rebbe on the building of a large city eruv.

In addition to his role as a Maggid Shiur, Rabbi Zajac is also a prolific writer. He has authored two authoritative seforim on the Halachic opinions of the Alter Rebbe and has published many Torah articles in various venues.

In his new Kuntres, Rabbi Zajac demonstrates that the 600,000 people required for a city to have the halachic status of a reshus horabim (public domain), do not need to be found on one particular street. Rather, any city with a general population of 600,000 people, is considered a reshus horabim and therefore it would be forbidden to construct an eruv there. The Kuntres points out that this is also evident from a letter of the Rebbe regarding building an eruv in Manhattan.

The Kuntres also clarifies that any city with a population of 600,000 is considered a reshus horabim even if its streets are not straight. The requirement for streets to be straight is only in effect when the city is surrounded by walls.

Rabbi Zajac concludes that the Alter Rebbe would rule that Brooklyn is a reshus horabim (public domain) and it would therefore be forbidden to construct an eruv there.

This kuntres is being published as a supplement to the Kovetz Haaros, which published by Yeshivas Tomchei Temimim Morristown NJ, in honor of Yud Aleph Nisan 5782.