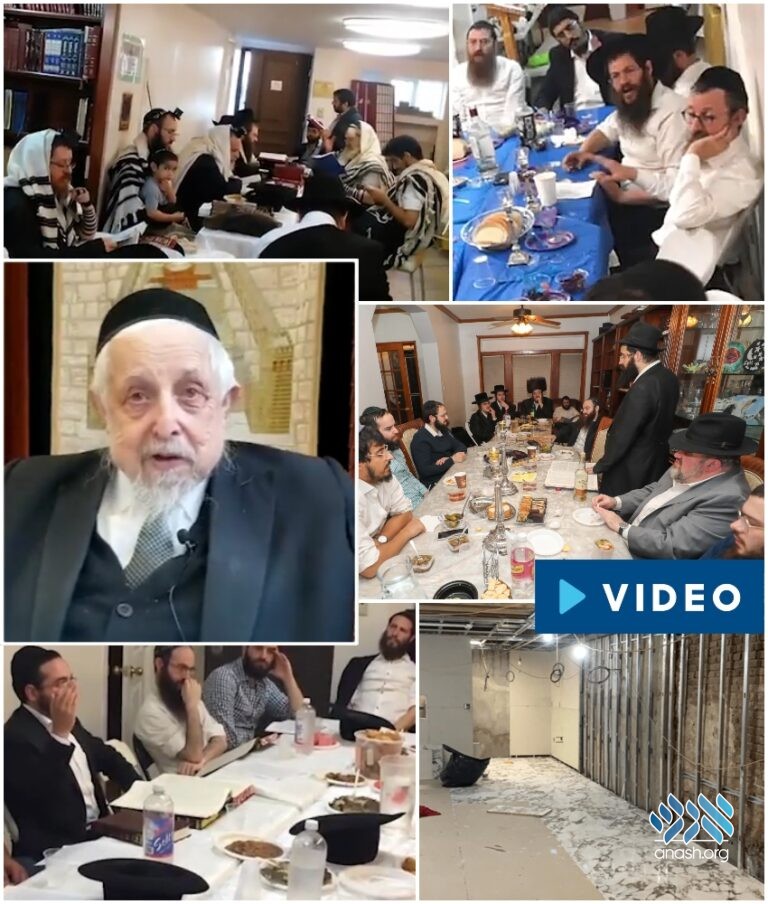 Just before his passing last year, Rabbi Mottel Gurary, Rov of Chevra Shas in Crown Heights, learned of plans to expand the Heichal Halimud and Kehillas ‘Anshei Moshe’. So he reached out and asked to record a message of support.

A short 10-minute walk from 770 the Rebbe’s Shul and Chabad Lubavitch headquarters, stands a small walk-in ‘Shul’ and ‘Heichal Halimud’ (Study hall)… “Anshei Moshe”… A warm hub for Chassidim of the Rebbe who want to live their life beyond the grind.

A few days after Purim 2019, while the coronavirus was silently going around Crown Heights, Rabbi Mordechai (Reb Mottele) Gurary learned of the plans of Rabbi Yusewitz and Rabbi Rubashkin to expand their Heichal Halimud and Kehillas ‘Anshei Moshe’.

He called upon Reb Levi Hilel who was very close to him, and asked to record a request that Chassidim support this very special community as it impacts the shchuna, as well as the Lubavitch community at large.

A few short days later, Reb Mottele was admitted to the hospital where he passed away.

“To me, this was his final request and tzavaa (will)” says Reb Levi Hilel who would video the Rav sharing a Dvar Torah every week. “This was the final time I recorded him.”

Talmidim of Rabbi Gurary AH are striving to sponsor a big part of Anshei Moshe – so the Heichal Halimud will be in his honor. To join the forces לעילוי נשמת הגה”ח ר’ מרדכי ב”ר מרדכי ע”ה and fulfil his final request click: BuildingAnsheiMoshe.com/RabbiGurary