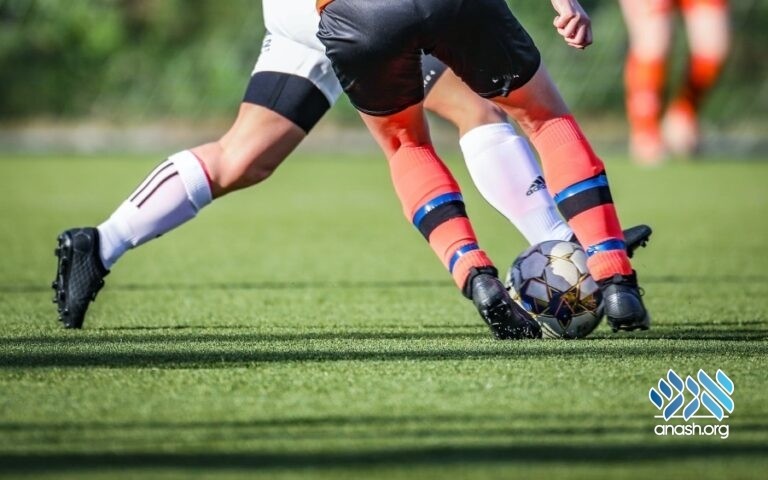 In individual sports competitions, each player seeks his own success and glory. In team sports, each player contributes to a whole. A lesson from the Rebbe on this week’s parsha.

The Baal Shem Tov says that from everything a Yid sees or hears there is a lesson to be learned in serving Hashem. With millions of people consumed with the World Cup, what can we learn from team sports?

When Yaakov Avinu rested on Har HaMoriah he surrounded his head with several rocks but when he awoke they had become one. Rashi explains that the stones quarreled with one another, with each one saying, “Let the tzaddik rest his head on me!” Immediately, Hashem turned them all into one stone.

But Yaakov’s head would still only rest on one spot, so how was it that they were all satisfied?

Because now that they were one, they all shared the honor.[1]

In individual sports competitions, each player seeks his own success and glory. In team sports, each player contributes to a whole. Their individualities don’t disappear, but they recede to combine into a unit larger than themselves. As such, a goal scored by one is a victory for all.

In a letter[2] to a couple struggling with shalom bayis, the Rebbe elaborated on the importance of making concessions for one another. “Achieving true peace and harmony calls for making such concessions willingly and graciously—not grudgingly, as if it were a sacrifice, as mentioned above, but in the realization that it is for the benefit of one’s self and one’s partner in life, and for one’s self perhaps even more, since it is made in fulfillment of G-d’s Will.”

Shalom bayis issues arise when each spouse feels like an individual, but when we feel like a team, with Hashem as our captain, it becomes possible to view a concession to our spouse like an assist to a teammate’s goal.

This Shabbos, the 9th of Kislev, is the birthday and yahrtzeit of the Mitteler Rebbe. When he was approximately 16 years old, his father, the Alter Rebbe, appointed him as guide to the younger chassidim. One of the lessons he taught them was the value of a chaver, a friend. “When one shares his character deficiencies with his friend, or when his friend notices a deficiency in him, and then they discuss it together and search for solutions for how to rid themselves of these bad traits or habits, they have the power of two G-dly souls against one animal soul.”[3]

We don’t have to be World Cup fans to be team players. Especially during a year of hakhel, we can all look for ways to join a fellow Yid, including a spouse, to form the greatest team of all, aiming to win the greatest prize of all: the coming of Moshiach.

[1] I heard that the Rebbe gave this explanation at a farbrengen in the 1940s, before he became Rebbe.