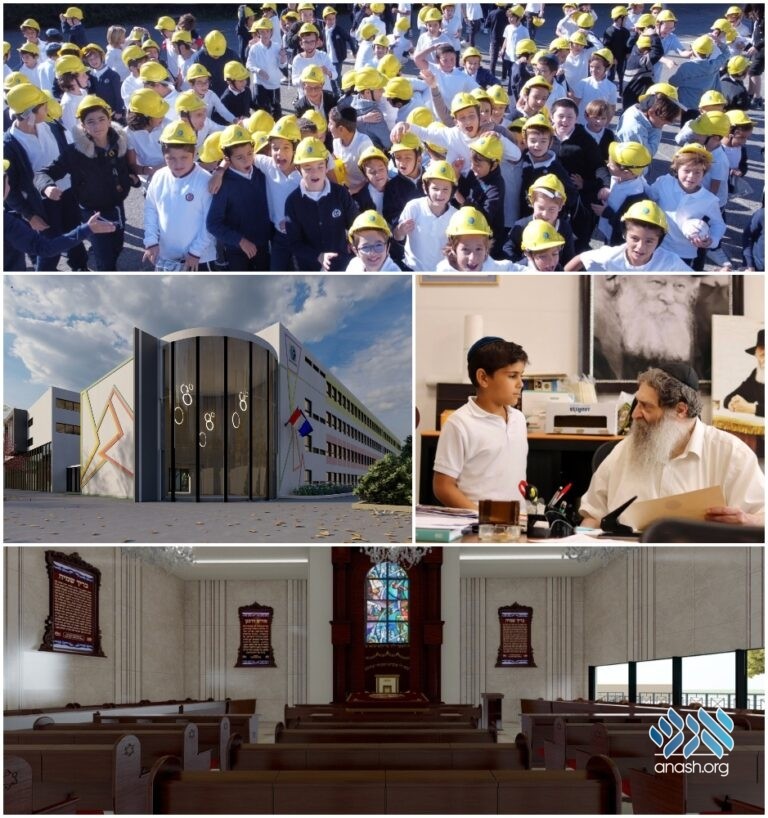 When Rabbi Shmuel Gurevitch, head shliach of Lyon, France, entered a yechidus, the Rebbe told him what he would do “if he were in Lyon.” Today, they are attempting to fulfill that vision.

In Lyon, France, preparations are underway to kick-off the construction of a new and magnificent complex for the city’s thousands of Jews. The planned building will be a much needed development after the significant expansion of the Jewish community in recent years.

According to Rabbi Shmuel Gurewitz, the head shliach of the city of Lyon, “In the first years after we left for our shlichus, I had the privilege of having a yechidus with the Rebbe.  On that occasion, the Rebbe told me something I will never forget: “If I were in Lyon, I would make every effort so that one more child and another child would have a kosher (Jewish) education.'”

Today, over 700 children from all over the city study at Beth Menachem institutions, and the space is too small to accommodate the number of children who knock on the institution’s doors every year to enroll.

The new and renovated complex will be built on an area of ​​approximately 2500 square meters in addition to the existing area and will contain all community institutions, additional and spacious classrooms, early childhood center, a new boys high school, the Chabad Synagogue, the Sephardic Synagogue, the Cteen club, and sports fields for the benefit of the children.

“I ask all those who see all the activities we are running, and believe in our sacred mission, to do what the Rebbe testified that he himself would have done if he were here in the city,” says Rabbi Gurewitz, “to come and be our partners in action and thereby also be partners in the Rebbe’s blessings for those who are engaged in the holy work of education of Jewish Children”.