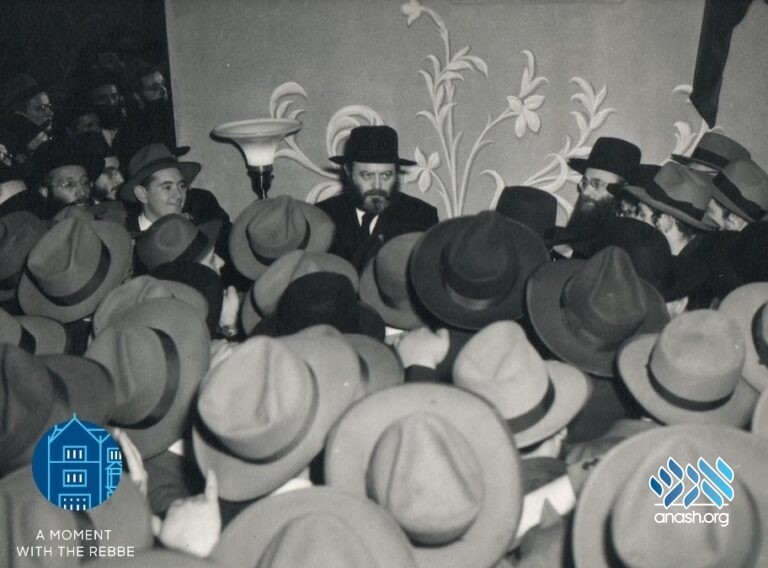 When R’ Osher Nikolayever and R’ Yitzchok Dubov found Harav Levi Yitzchok in his garden teaching Likutei Torah to his two sons – ages 6 and 3 – they were surprised. But then the Rebbe did something that really shocked them.

As a bochur in 5668 (1908), Reb Yitzchok Dubov visited the Rebbe’s hometown Nikolayev, where he stayed at the home of the prestigious chossid Reb Osher Nikolayever. During his stay, he once accompanied his host for a visit with Reb Levi Yitzchok, the Rebbe’s father.

As they approached the house, a most wondrous scene appeared before them. Reb Levi Yitzchok was seated on a chair in the middle of the garden, with a Likutei Torah in his hands, and was reading from it to his two sons seated on the grass, aged six and three.

Reb Osher was perplexed. “You’re teaching children Likutei Torah? Do they understand anything?!” he asked incredulously.

“If you want you could test them,” responded Reb Levi Yitzchok.

Reb Osher turned to the older of the two, the future Rebbe, and asked him to share what they had learned. The young boy repeated verbatim the entire page that they were studying.

Years later, in 5749 (1989), the Rebbe once said in passing, “There were fathers who would learn with their sons the weekly Likutei Torah…”