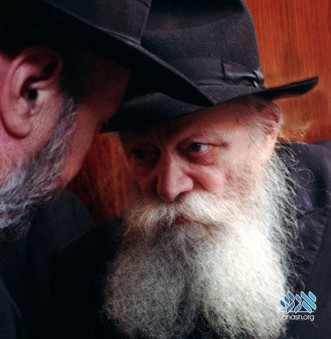 A Moment with the Rebbe: When Mrs, Shula Kazen relayed that the shul president refused to erect a mechitza, the Rebbe arranged an otherworldly appearance.

When Rebbetzin Shula Kazen a”h of Cleveland, Ohio was in yechidus in 5719 (1959), she reported that her husband had begun a trial period at a local shul. However, he couldn’t accept the position due to the mechitza being lowered by the president, who maintained that it didn’t befit the 20th Century.

The Rebbe suggested to talk with the president, but Mrs. Kazen insisted that it wouldn’t help. When the Rebbe proposed to approach his wife, Mrs. Kazen again shared her doubts. Eventually, the Rebbe advised that a ruling from the local Young Israel shul would be influential.

Suddenly, the Rebbe fell silent. The Rebbe leaned his head forward for a few minutes, while Mrs. Kazen waited in awe.

The Rebbe raised his head, and while facing the window began, “If nothing helps, his father from the other world will have to see to it…”

Indeed, the president unexpectedly conceded. Years later, when he became closer to the Kazens, he related that his father had come to him in a dream, on his yahrtzeit, and warned him that if he didn’t cooperate with the rov, his end would be bitter…