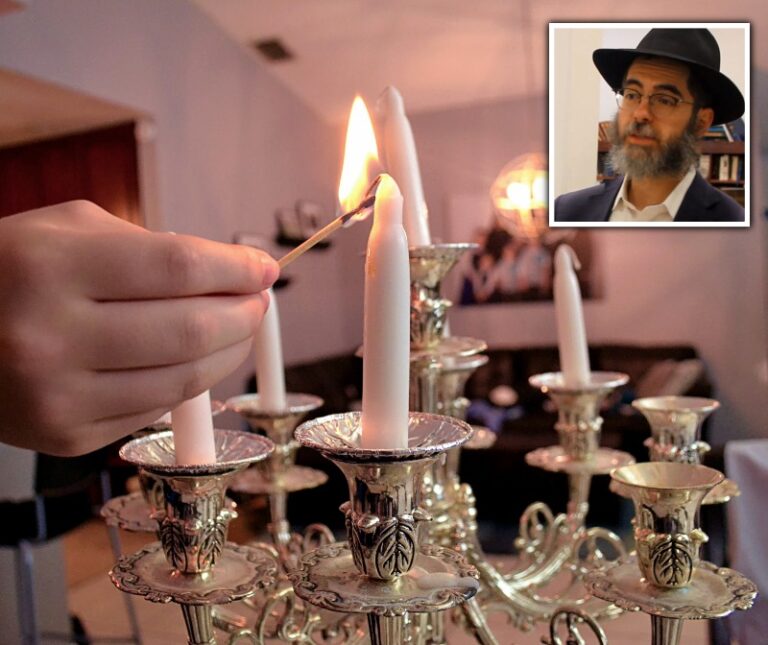 Today, our parnassa isn’t threatened by Shabbos as it was years ago. Hopefully, we don’t live with the fear of a sudden eviction, but being confined to our homes because there isn’t a reliable eiruv can be a challenge.

A few years ago, a woman called the Shomrei Hadas Chapels in Brooklyn to arrange her husband’s funeral. “Before going ahead with the arrangements, I have a request to make. May I tell you a story?”

This woman had gotten married in the early 1940s in Brooklyn. It was difficult for a shomer Shabbos to hold down a job, so like many other Jews, her husband was pink-slipped from one job after the next.

Their struggle worsened as the family grew and at a certain point she was at her wit’s end. “We can’t live like this anymore,” she cried to her husband one night. “You must choose between me and our children, or Shabbos. If you’re not willing to work on Shabbos, I want a divorce.” He understood her, but he also knew that breaking Shabbos wasn’t an option. “I can’t work on Shabbos,” he responded softly. “I won’t hold back a divorce if that’s what you want.”

They both cried themselves to sleep that night.

The next morning, she told her husband that she regretted what she had said, and she now stood behind his commitment to Shabbos, no matter what.

A few days later, as he returned home from yet another failed job search, he saw the inevitable nightmare: His wife and two children, along with all their meager possessions, huddled together on the sidewalk in front of their apartment building. They had been evicted.

Without any ideas of where to go or what to do, they stood there, davening for a miracle.

A woman driving a nice car stopped and asked them what was wrong. When she heard their situation, she told them that she owned an apartment building and the super had just moved. If they’d agree to take over the super’s work temporarily, they could live in the apartment while they looked for a job and a place to live.

He proved to be very good at this job and before long he secured a full-time position. In time, he purchased properties of his own and was able to provide for his family in dignity while remaining completely shomer Shabbos.

The woman finished telling her story and then made her request:

“My husband held on to every one of those pink slips. He’d often say that they were his tickets to Gan Eden. Please bury them with him.”[1]

Throughout history, Yidden had mesiras nefesh for Shabbos.

Today, our parnassa isn’t threatened by Shabbos as it was years ago. Instead, we’re faced with the temptation to discuss business successes or new opportunities on Shabbos. Hopefully, we don’t live with the fear of a sudden eviction, but being confined to our homes because there isn’t a reliable eiruv can be a challenge.

Let’s make an effort to have Shabbosdike conversations at our Shabbos tables and at the kiddush in shul. Let’s do what we can to make Shabbos a pleasant and happy experience for ourselves and our families. It’s good to remember that our mesiras nefesh is not only our ticket to Gan Eden but also our ticket to a better life during these last few moments of galus. A good Shabbos fuels an entire week.

[1] My appreciation to Rabbi Moshe Raitport for sharing this story with me that he heard first-hand.