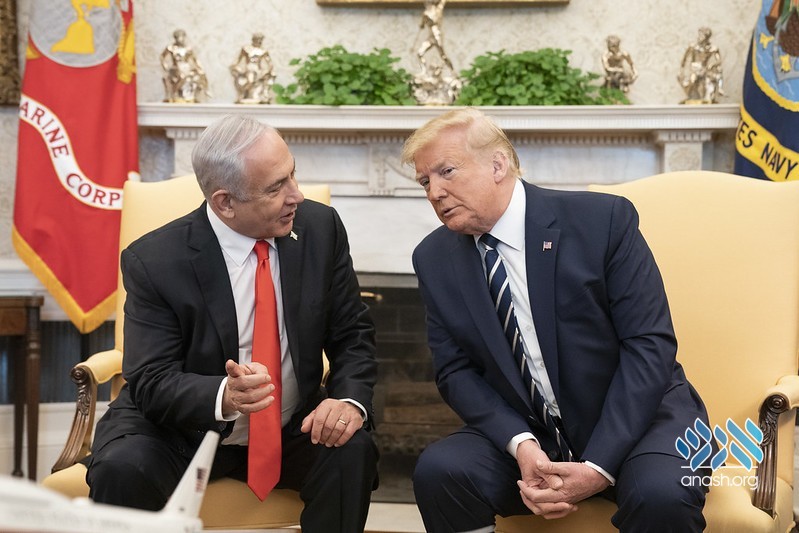 Israeli Prime Minister Bibi Netanyahu has been touting President Donald Trump’s peace deals as “peace for peace”, with nothing being sacrificed in return for the deal. But is that accurate?

With the much-touted peace agreement between Israel, the UAE and Bahrain to be signed Tuesday on the White House lawn, politicians and journalists in Israel are still unclear about what conditions Prime Minister Netanyahu agreed to in return for signing the agreement.

Netanyahu has stressed a number of times that this is a “peace for peace” agreement, but the subtle differences between the positions of the UAE and Israel regarding the issue of annexation highlighted the fact that the agreement is not without concessions by Israel.

The Israeli press claimed that Netanyahu may have permitted the US to sell the advance F-35 stealth fighters to the UAE, a claim he hotly denied, but various hints by US officials have seemed to corroborate the deal taking place irrespective of Israel’s objections as part of America’s package to “sweeten” the deal for the UAE.

Meretz politician Nitzan Horowitz dropped another bombshell Monday when he claimed to have “reliable sources” stating that Netanyahu had agreed to a total freeze on building in Judea and Samaria in return for the peace agreement.

Settlement leaders, already fuming from Netanyahu’s backing down on annexation in the wake of the agreement, are even more incensed by Horowitz’s claim. MK Betzalel Smotrich (Yemina) demanded that Netanyahu “immediately reveal the peace agreement which he will sign tomorrow and prove that Nitzan is mistaken and that he has not adopted the concept of peace for freezes and territorial compromises.”

Netanyahu’s aides were quick to deny Horowitz’s claims with one of them going as far as saying that “Horowitz’s sources as a politician are even worse than when he was a journalist” but the long-suffering right-wing will still view the agreement with suspicion, especially in the light of the postponement last week of authorizing building in the Givat Hamatos neighborhood in Jerusalem, a contested area on the border between Jerusalem and Bethlehem which is adjacent both to Ramat Rahel and the Arab village of Beit Safafa. Netanyahu had announced before the February elections that “we will build in Givat Hamatos, we’ll establish Har Homa E” but the postponement once again aroused fears that the coming peace agreement may still have a number of strings attached.