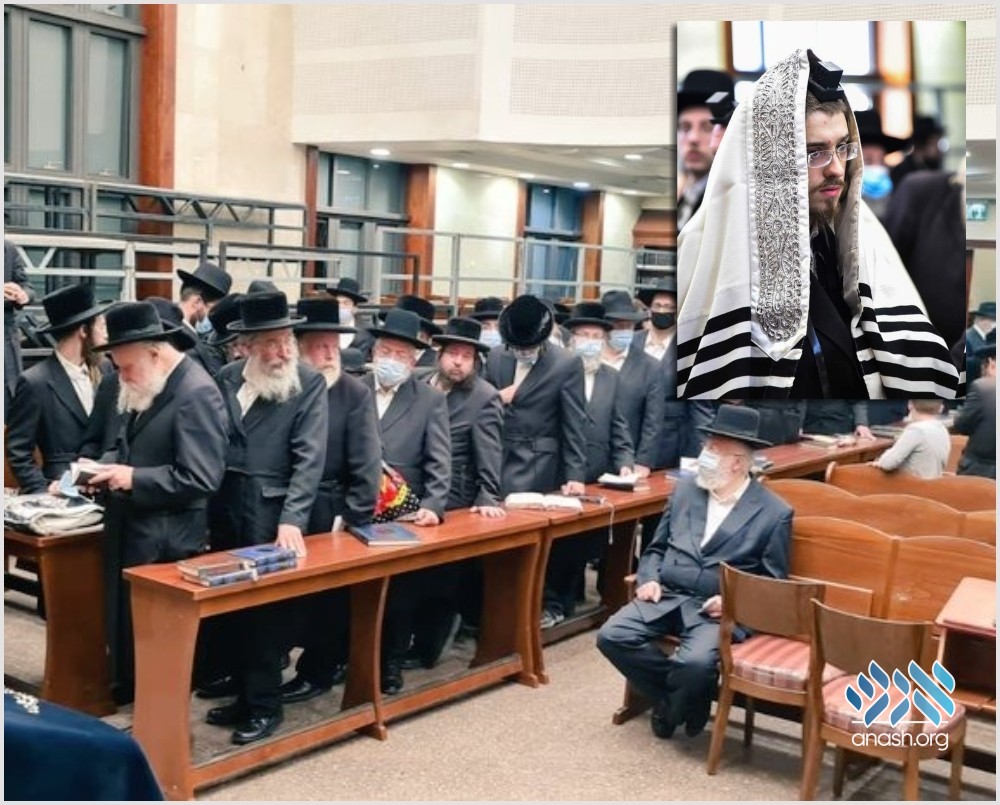 From the Anash.org Inbox: “The picture shows a line of about thirty-five people, waiting to give their first ‘Kvittel’ to their new Rebbe. It made me think about my own hiskashrus.”

My brother has many talents. One of them is as a photographer.

Of the many things he has taught me, one of them is that whilst there are many components to a good picture, it is the facial expressions that tell the story.

Sometimes I remember to look out for it, other times, like with the picture I received yesterday, it strikes me automatically.

The picture someone sent me showed a line of about thirty-five people, young and old, standing in the Sadigur Beis Medrash in Bnei Brak, waiting to give their first ‘Kvittel’ to their new Rebbe.

Disclaimer: Though I knew the Rebbe of Sadigur – he was a beloved Rov here in London – and I was very sad to hear of his Petira, I do not have an opinion on his Tzavoa, nor should I have one. I am not a Chossid of Sadigur – I follow a Derech very different to theirs, nor do I know its internal workings and nuance. So frankly, who should be Rebbe is none of my business.

But this picture is not of a Rebbe; it is a picture of Chassidim.

The first thing that stuck out were the older people, standing at the front of the line.

I know some of them, and they are no fools. They have successful businesses, and have “been around the block” a few times.

But from those, I could not get my eyes off one of them.

His beard was snow white, he stood slightly stooped, a Tehillim in his hand, his brow furrowed in trepidation as he waited to enter the room of his twenty-four-year-old Rebbe!

He, along with the Chassidim standing behind him, were waiting not because there is no other option, nor were they there merely to give support for the younger generation. The expressions on their faces were too real for that. They were there because they believe in him! Further proof that Derech of the Baal Shem Tov is as strong as ever.

At a time when cynicism is so rampant, even popular; show the cynics this picture!

Show it to the ‘Chachomim,’ who study “Chassidic Philosophy” rather than Divrei Elokim Chaim, or “mysticism” rather than Kabbalah.

Show it to those who forget the centrality and absolute need of a Rebbe in our Avodas Hashem.

Show them this picture!

Let them see that Chassidim the world over have still ‘got it’. They know that learning Chassidus without a Mashpia is like having all the ingredients for a cake, yet no guidance on quantity needed, nor the tools (mixer) to make the batter.

Chassidim still know that Avdoas Hashem without a Rebbe is like building a small mud house by yourself instead of using a builder to help you build a far larger one and out of brick!

Yet, though inspirational, for me this picture demanded a Cheshbon Hanefesh into the underlying motivation for my own Hiskashrus.

Is it because the Rebbe is our Rebbe, the head of our Neshoma? Or is it in part because we have such a big Rebbe?

Put in more practical terms; Am I really dedicated even to that which is beyond my understanding? Or do I just aim to do enough of what I understand and appreciate, so I can justify my not being willing to leave myself alone a bit.

Is there something I should be doing not because I enjoy and understand, rather purely because the Rebbe said I should?

As I prepare for Rosh Hashana these questions could not come at a more opportune time.

Rabbi Itzinger is currently giving of a series of Shiurim on Shitas Chabad. The Shita followed by the Chassidim discussed above is explained in Shiurim 2 and 3. The shiurim can be found at: http://www.igudyeshivos.com/talmidim/series/shitaschabad/