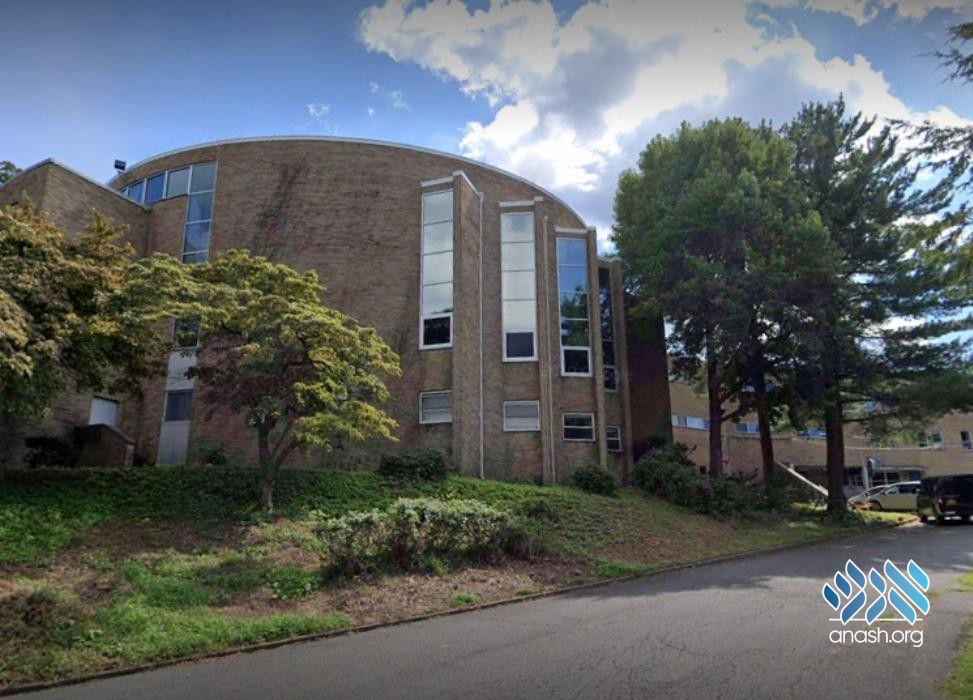 Two non-Jewish high schoolers on a mission of “cultural comparison” visited Yeshiva Mesivta Menachem of Westchester and after engaging in a conversation with students, wrote of their impressions in their school paper.

When two non-Jewish high schoolers decided to compare their high school to a Chabad mesivta, they decided to pay a visit, and were impressed by what they saw.

In a report written after their visit, the two boys explained what motivated them. They said that while America was comprised of many communities, there was one dominant culture in the country. “Those who belong to this dominant culture feel uncomfortable with other cultures bunking down in their campground. These “other cultures” are either unable to assimilate or refuse to assimilate,” they wrote.

In an attempt to get to know of of these cultures, they visited the yeshiva, and this was they found. They wrote up their impressions in The Buzzer, their school newspaper.

“Jacob Prisamet, a fellow editor at The Buzzer, and I approached the building. We met two boys about my age and initiated a conversation. The two students, clad in white shirts with black blazers, were friendly, but they said they needed to consult with their administrators before speaking with us. Luckily, an older scholar was playing ball with some younger kids in the courtyard; when I asked him if I could speak with some students, he smiled and added with hesitation: “I’m not sure. We like to stay, you know…” and made a closing motion with his hands. I promised that nothing would be recorded, and he relented.

“We began speaking with the first two boys we had met, but by the end we were speaking with a cluster of about a dozen curious students. The students milled around, clutching books and loose papers in Hebrew. All wore braided tassels on each corner of their garments, called tzitzit, and all wore kippot, the traditional Jewish skullcaps. All, with the exception of one student, were maskless. (The students seemed to imply that COVID-19 had already swept through the Yeshiva: one student said, “we all have antibodies.”)

“We learned that they had an extraordinarily long school day: seven or eight in the morning to nine o’clock at night, with breaks for meals. Most of them got six or seven hours of sleep a night. “Officially we get eight,” one student clarified, “but we typically don’t get that much.”

“Lessons primarily concerned the study of sacred texts, including the Torah and the Talmud. The students were fluent in Yiddish and Hebrew, and well acquainted with Jewish philosophy. I asked if they studied science or mathematics, and one student replied: “not really.” He emphasized that their course focused primarily on religious studies.

“Jacob and I glanced into the Yeshiva itself. In the main atrium, we saw a throng of students clustered around tables, heads bowed in study. “Our classes usually have twenty kids,” noted one student.

“We asked them who they had favored in the recent election. One student answered, “Trump, right?” and looked around at his peers. They nodded in assent. “We’re Republicans, and we like Trump because he’s pro-Israel.” They expressed a loathing for the Democratic governor of New York, Andrew Cuomo, whose pandemic lockdown policies offended many Orthodox Jews.

“But their political beliefs were not so black and white. One student mentioned: “we want to support the poor, at least those who really need it.” Another noted that partisanship was dangerous: “It’s best not to support only one side or the other.” Another remarked: “A lot of us belong to first or second generation immigrant families. I think that there should be processes to vet immigrants, but I don’t support banning whole groups like Muslims.”

“We asked the students about their futures. “After our time at the Yeshiva, we’ll go to college,” one student offered. “There are rabbinical colleges in New York, Paris, Baltimore, all over.” Another exclaimed, “I want to study philosophy!”

“We asked them what they like to do for fun. “We play sports together,” provided one student, “but not on organized teams.” I could, in the distance, see a group of students playing basketball. “On Fridays we get a four hour break to perform outreach,” added another. Most students seemed to like the outreach programs; aside from prayer, it was generally regarded as one of the most enjoyable parts of their religious practice.

“Amazingly, these students rarely used smartphones. “If you have a cell phone, you can use it on Friday if you want,” said a student.

“Finally, we asked them what foods they liked. “Sesame chicken!” cried a student. “We eat a lot of chicken here,” said another, “but today we had pizza bagels for lunch.” As we expected, their diets were kosher.

“Some aspects of life are the same for students at the Yeshiva and students at Hastings High School. We both get about the same amount of sleep. Our class sizes are about the same. We both devote plenty of time to studying. And, on occasion, our cafeterias break out the pizza bagels.

“But the lives and perspectives of these students are very different from those of the students at Hastings High School. Perhaps most obviously, we permit girls to learn, study, and enrich themselves at our school. Almost two thirds of Westchester voters cast ballots for Joe Biden in 2020 (the total is almost certainly higher in Hastings). At Hastings, we all wear masks indoors and our hardworking custodial staff furiously scrubs the classrooms between every period. Hastings students feel the comforting weight of their phones in their pockets or hands during the entirety of their waking hours; according to a 2019 study from Common Sense Media, most American teenagers use their phones for entertainment for almost seven and a half hours per day. We throw on sweatshirts, jeans, and t-shirts every morning, not traditional black and white garb.

The authors concluded with a call to learn from this new culture they had just met.

“As members of the prominent culture, let us make an effort to appreciate the merits of Orthodox Judaism. The students at the Yeshiva spend their lives contemplating the divine. They are extremely well versed in philosophy and theological law. Hastings students rarely delve into such matters. The Yeshiva students clutch sacred texts, not smartphones. Their actions have an incredible sense of purpose: their behavior is derived from their interpretation of scripture and tradition.

“Perhaps this Thanksgiving, we can give thanks for our nation’s beautiful array of cultures. We all have something to learn from America’s diversity,” they wrote.