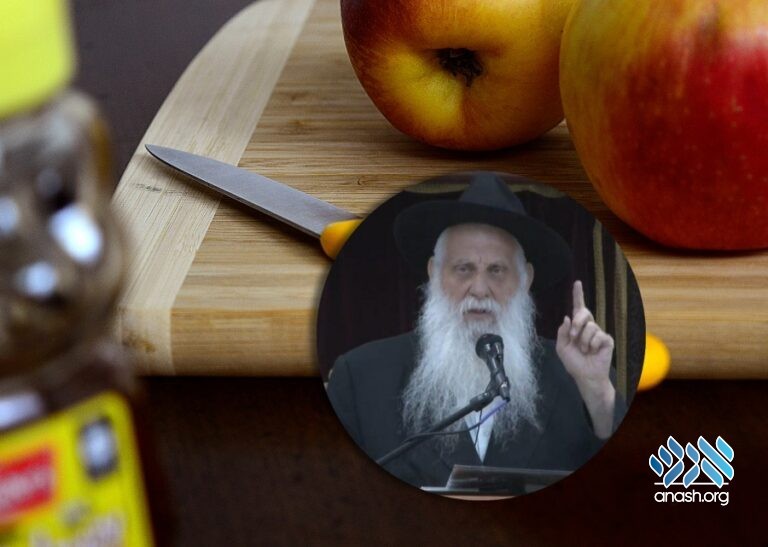 Dvar Torah by Rabbi Shimon Raichik: As we enter the new year, there is a powerful lesson we can learn from the covid-19 pandemic that caused our lives to change so radically, so fast.

By Rabbi Shimon Raichik – Rov of Anash in Los Angeles

With Rosh Hashanah approaching I would like to wish everyone a Kasiva v’Chasima Tovah l’Shana Tovah u’Mesukah, a good and healthy new year in all that we need physically and spiritually.

Hashem created a large world filled with many species of animals and plants, birds and fish, the earth, the sky and the sea. The purpose of it all was not for the wildlife, bird sanctuaries or Earth Day as great or as beautiful as they might be. The purpose of creation began when man appeared on the scene. It was man that introduced to all of Hashem’s creations that Hashem created them and the world at large for the objective of developing it into a dwelling place for His presence. The only one who could carry this purpose to its fulfillment was man. Before man was created there was no possibility for this to occur. Once man was created this possibility began and Adam HaRishon succeeded in this mission by calling together the entire creation and proclaiming: “Come  let us kneel and bow before Hashem  the one who created us”.

What lesson does the story of creation and the creation of Adam HaRishon teach to each of us in our personal lives as we prepare for Rosh Hashanah? The first thing  we learn is to avoid basing our opinions of what we can accomplish in life by judging on quantity alone . If Adam HaRishon  would have looked only at quantity he would have been overwhelmed. Looking at an amazingly vast creation full of animals and creatures of all types and sizes, far larger varied and multiplied beyond one’s ability to count compared to him alone, one individual, he might have felt incapable of having a lofty deep and comprehensive effect on all of creation bringing all of it to its purpose and completion. We see however that he instead took a qualitative approach. He used his unique qualities and the content of his message alone to achieve success.  So too in our individual lives. Our objective and our determination is not dependent upon what has happened in the past. We are best advised to look towards fulfilling our purpose together with Hashem’s guidance to achieve the desired goal of making the entire world a home for G-dliness through learning Torah and doing mitzvos. This alone is more than enough to fulfill  not just our function but the entire plan of creation.

Nevertheless some might feel that they are not lofty or endowed like Adam HaRishon who was personally created out of nothing by the hand of Hashem, not from a physical birth. He was the most perfect person. Surely Adam HaRishon could elevate the entire world. They feel that they are not so endowed or on such a high level and therefore their actions will not have the same effect.

We can learn a lesson of how powerful we are from the fact that nowadays just one person can place the entire world in peril by pressing one button. If this is the case for something that is harmful all the more so for something that is helpful and positive, the power for good being much greater than its opposite.

The world witnessed firsthand during the Second World War the destruction and devastation brought about by one insane individual. This one person brought the world to its knees and millions died at the hands of one individual, may his name and memory be blotted out forever. This man was born of a physical father and mother, not like Adam HaRishon. Nevertheless we see what can happen at the hands of a lone individual. Today we are living through the epidemic of COVID. It all began from either one person or just a few, and the vast effect it has on the entire world. Just as the actual virus of COVID is so small it cannot be seen, so too every mitzvah we do has a massive effect whether or not we see it or feel it.  We have the power to sanitize and sanctify the world to make this physical world a dwelling place for Hashem.

Each and everyone of us no matter who we are or our station in life are like Adam HaRishon.  The fact that he was alone in the world teaches us that every person has to view themselves as alone in the sense of having a unique a sacred responsibility (as if he or she were alone and the only one available)  towards all of creation and has within themselves the inherent abilities to bring the world to its completion  by revealing Hashem’s  glory in this world today as we stand prepared to enter the year 5782.  As the Rebbe said “Turn over the world today!”. Each person in their own unique way has the power to reveal Moshiach, today.